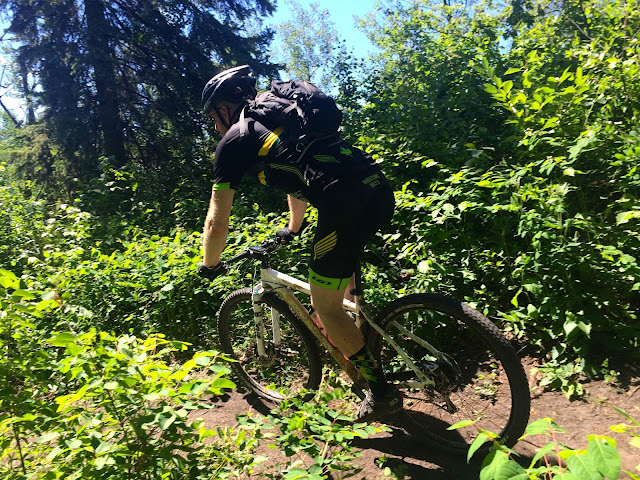 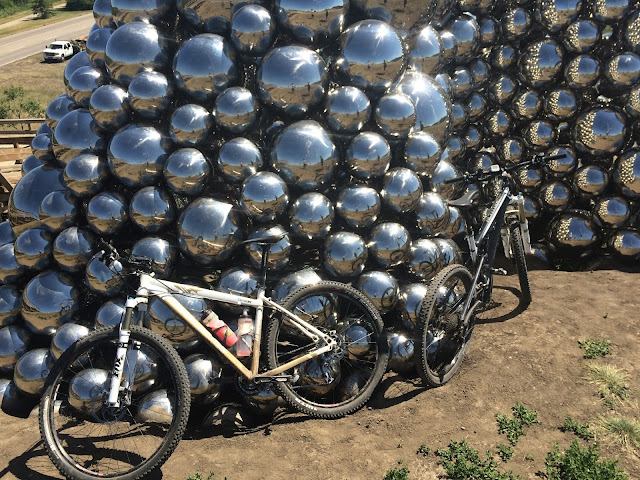 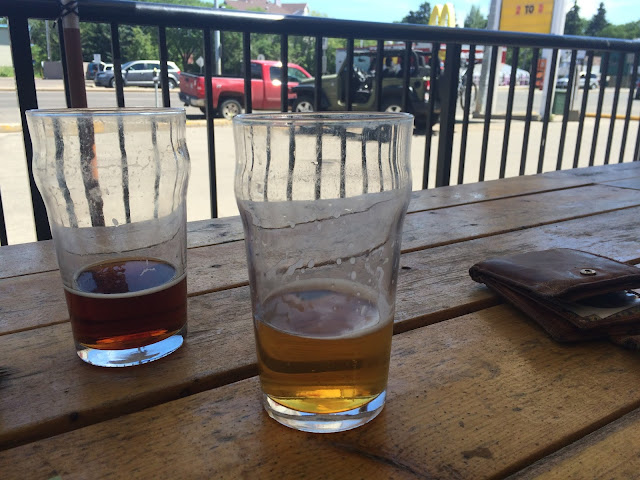 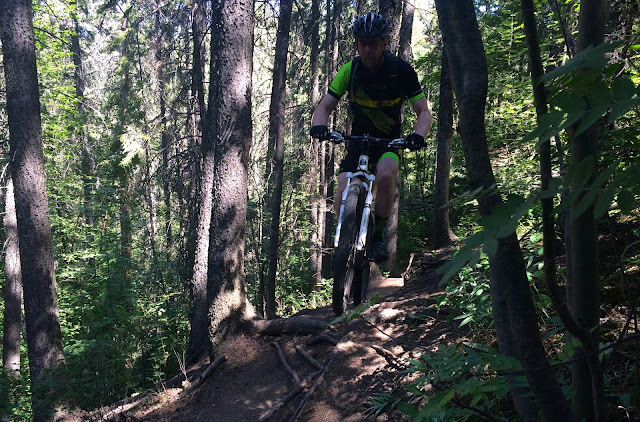 On a very warm Saturday I had the pleasure of meeting Gord for a trip to my favourite shiny balls in the city and back.  Today's journey from Kinseman to the magnificent Talus Dome had everything from close calls with broken bones (or maybe even death!) and dodging green worms hanging from the trees to incredibly awesome water dumps after completing a section of trail. There seriously is nothing better than pouring cold water from your bottle or camelback on your head when overheated and exhausted. I would say it is better than heroin, crystal meth or any of those crazy bad drugs that changes peoples lives.

Me and Gord had that conversation and agreed that all misinformed kids needed was a mountain bike, a hot day, and a water bottle full of ice water. Because that shit is the bomb people. If only you could sell that feeling.

Of course that other even better feeling of railing on some fine singletrack. I was introduced to Six Shooter today. A trail I never knew existed and heard rumblings about through Jason. I can't really say I railed it today as we took the climbing version of it. It was though, very cool. Short power climbs in the middle of long climbs. I look forward to hitting this one on the reverse route.

The fubar portion today was not a homeless gentlemen urinating in the middle of the trail with homeless genetalia in full view (because that is a real possibility in this here river valley). It was a bridge over a log that was half destroyed by a complete and total fuckwad. It was clearly evident that this was done deliberately.

Going from Hawerlak to the Talus Dome Gord was leading and hit the log crossing only to have no down ramp. Not that serious if you were expecting this but when you ride expecting a down ramp. Things quickly turn for the shitty.

Luckily though, nothing bad came out of it, we removed the other side of the ramp so nobody else does the same thing with worse results and we were on our way.

So, just a heads up. People are giant assholes. There have been instances of this kind of bullshit happening with wire across trails and such. This will get reported to the Police, there was evidence we had which more than clearly gave a persons identity and even address. What will happen? Most likely nothing.