Bragg Creek Without the Bragging 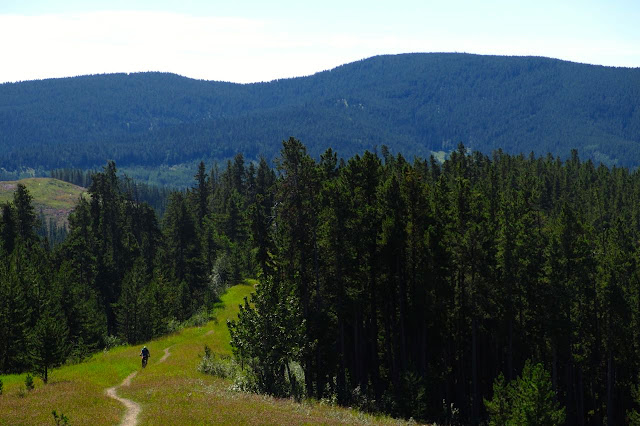 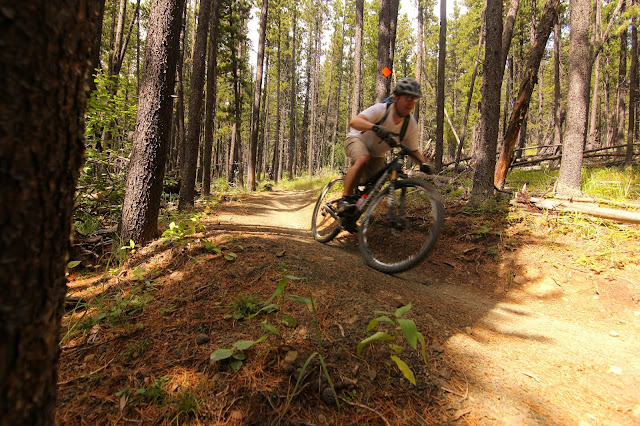 Owned again in the mountains. A trip was had today with Jason and Keith for a meet up in Bragg Creek with Kyle and a Calgary contingent with the likes of Fraser and Chris.

Bragg creek has been a destination I have been wanting to try for years and years. In the early days of riding before phones or internet, trips were made and we were rained out on several occasions.

Today the weather was fine and once we arrived at the parking lot I was amazed at the size and demographic of people. It was like Terwillegar only a thousand times better. Because no dog people could be seen. Mountain bikers and hikers were everywhere, it was quite a site.

The ride started almost Canmore style as immediate climbing ensued. The climbs were not all that bad as it would level out for fifty yards and gently slope up again. With Keith and Jason leading the charge and me following closely I quickly lost my mojo and that sadly set the tone for the day. My legs were not giving me anything and eventually the entire pack was up ahead with the exception of Fraser who stayed to keep me company (such a nice chap) He is Scottish so that make complete sense.

The trails if not done feeling like I did would be incredible. The trails were pristine singletrack and smooth for the most part. Not really any technical sections were came across the whole day. Once at the top of the climb on the first loop after being passed by a guy in pink shorts numerous times. I passed him, he passed me. It was an exercise in a lethargic ride to the top of one of Alberta's great foothills.

Nothing against the guy in pink shorts. Sure he is a great guy.

Not once, not twice, but countless times.

That shit fucks with your psyche.

The ride down was amazing. Pump track sections had me flying like a banshee. The ride down on what I presume 'Merlin' trail from Strava was fast and smooth and featured incredible jumps which I rolled over tailed tucked as it was my first time.

Lunch was had at the bottom and we rolled up the foothills again for round two. Ranger to the Summit was the order of the day and I had a bit of life into the legs for brief moments. Another summit was reached and a bit of a rough downhill was had where I crashed hard trying to get ahead of the group for pics. The crash was stupid. Too much front break while looking where to stop and shoot. Yep. Been riding for most of my life and that happened.

Another climb ensued on more singletrack which eventually killed any sort of remaining energy I had.

The bonk came furious and quick and I was sadly walking my bike up the hills.

Well... Walking and pouting with my head down that is. I was finally in Bragg Creek riding without rain thanks to Keith and Jason and I was slowing the whole group. Not a good feeling. No pouting was had but the feeling of letting people down was strong.

In the end the group was awesome and didn't care. They were there to have fun and that is all that mattered.

This place would be great for solo rides as the traffic is heavy.