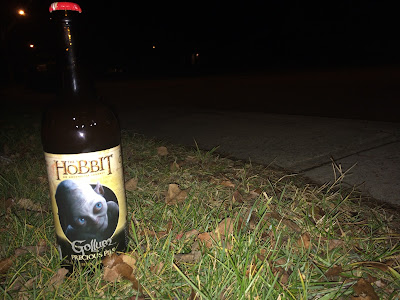 Welcome to beer Saturday where the future is a bit unknown yet positive. Another job ended last night which now makes four in the last year. As opposed to one job in the last nineteen years before this year I would say things are a bit sketchy now but truth be told. I would rather have it this way than being stuck in the same place year after year, which I was.

Does this mean the bike rides will return in full order? Most likely not. I should be going back to work Tuesday at the same place, only in a different role. If this does happen the blog most likely will remain silent, unless I finally summon the balls to ride after a ten hour day or night. A practice I could not attain on night shift as proven. What if I'm on days though? Hmmm...

Central City Brewers, located in Surrey, British Columbia. 2010 World Beer Cup winners in the barley-wine style category. The world beer cup which is comprised mainly of North American brewers who pay to get in does make it a bit of a bullshit award, but hey. I'm not saying that right? Oh wait... I just did.

The Hobbit beer was a special edition they brought out as a one time deal may be hard to find but the bottle is a true keeper for the collector. Myself, and the whole beer team having not even watched a Lord of the Ring movie, we feel a bit out of place reviewing this. Hence the review contains absolutely no Lord of the Rings references whatsoever. Although Led Zeppelin had things to say about Gollum in a song which has me a bit intrigued.

The pour was had amongst a new crop of beer interns and pourers, a mass firing last review left me no choice but to hire all new staff except the executives, who will always stay. Lurking in the shadows, birddogging, and telling me who to get rid of next.

The pour was done magnificently by intern turned beer pourer Hazel. She killed it as a two fingered head rested comfortably on top of a hazy golden coloured Pils that sent the beer Angels dancing in the hallways of the beer review headquarters located in Rason, North Korea. The first sip gave us a taste of dulled oranges that somewhat were an inspiration to the palate. Dulled Mandarin Oranges? But still tasty? How do I describe that? It is what it is. Hops, malt come together in marriage combined with all the other winning ingredients to make this one a winner.

Get it, if you can find it. Pretty cool stuff right here. 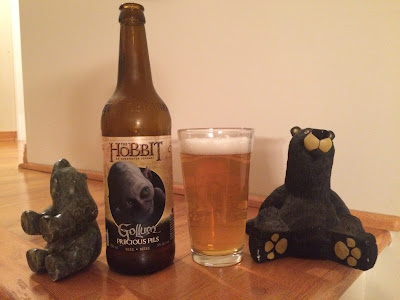