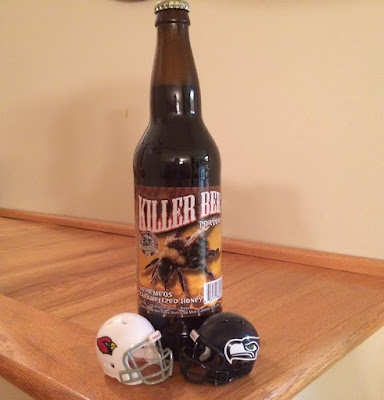 On a rather somber Friday evening after hearing about the goings on in Paris, France. An attack of infinite cowardly proportions was carried out yet again and sadly, we are all numb to this. We hear about it, say something like "that's shitty" and move on with our day.

Not our fault really. It happens so much it's almost a natural occurrence.

So I will try to move on as well... Not before saying this.

Tin Whistle Brewing, located in Penticton, British Columbia. In a land that could not be any better than anywhere else in the world. "Why" you ask? "It's fucking British Columbia!" Do I need to say anymore? Alberta is great and all but I mean... Come on.. Just go there for one weekend is all I ask. Yes we have our mountains here but it is only a small inkling of awesome compared to the vast endless awesome that is British Columbia.

Have I made my case yet?

Hazel poured this one nervously in front of the now newly formed beer review team. Hazel didn't do a great job but luckily for her the head of firing Lars Schulking. Who is currently on vacation in whaddya know, Penticton! What a stud!

A small two fingered head limbered momentarily but was lost when the photograoher misplaced the camera. A sure scene of mass lonebiker beer review firings with Lars in attendance. Luckily all didn't see and we moved on.

With a half fingernails head for the photoshoot the first sip was had. From a dark nutty looking beer this one didn't deliver what I had hoped. It came with the promises of a dark honey porter whereas I couldn't discern honey in any of the tastes. That notion and being a bit watered down with nothing that stuck out. A rather average brew unfortunately on a dismal night. How fitting. 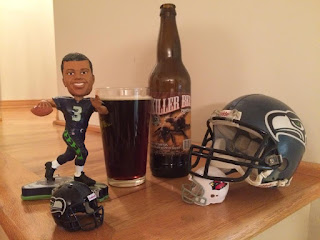