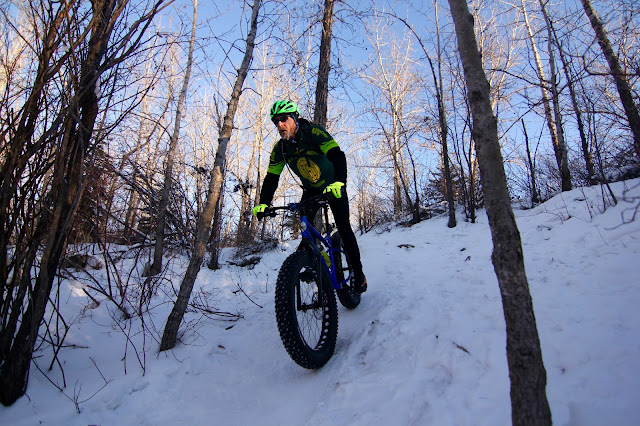 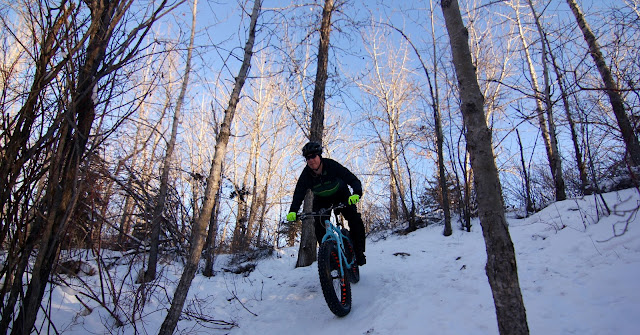 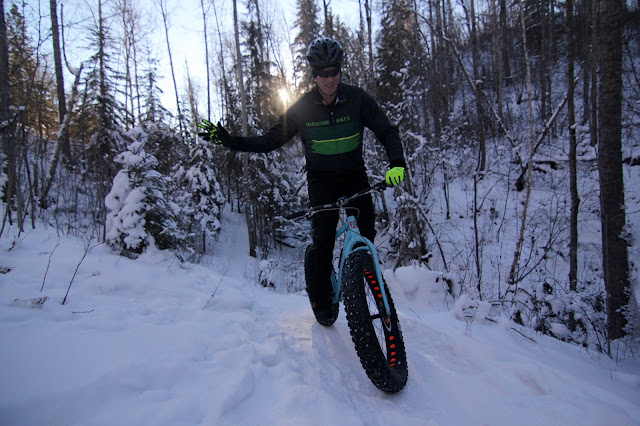 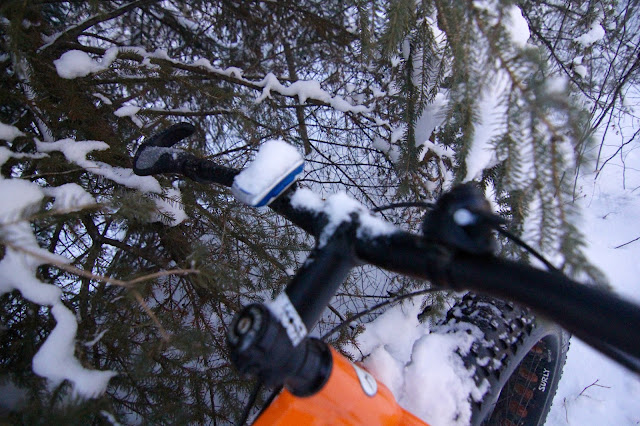 After posting the top five rides from last year. I went out and had a top fiver for two-sixteen.

The ride this morning with Jason and Gord in Terwillegar. A destination making a serious comeback (in my little head, I feel Terwillegar has lost it's touch in the last few years). The new singletrack which takes you to the golf course was ridden and although I did bitch about the sudden steep hills. It did grow on me a bit more. Although I do prefer the old school trail, I will let this trail try to grow on me.

Gord who is fighting a cold got chilled beyond belief and left early after riding Firemans and the outer walking loop. The fat bikes were out in full force today s it seemed everyone was out. Including one lady who yelled "Hell ya! Fat bikes!" as she rode by us whilst on a gel eating coffee break. Normally I would want to slap someone for promoting their fat bike fanboyism in front of me but I let it pass and thought she was a pretty cool chick.

We eventually hit Mustang trail where we froze beyond relief in it's shaded dark Wintery walls. The riding there was pretty awesome and the temperature change once out was significant. I love that kind of shit.

The ride back was incredibly orgasmic as the snow conditions combined with the awesomeness of Jason's Trek and my orange ugly ass fatty. We ended up riding Firemans loop again to close out an incredible day of mountain biking. 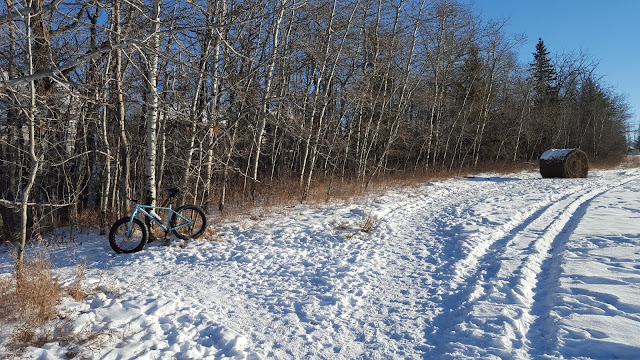 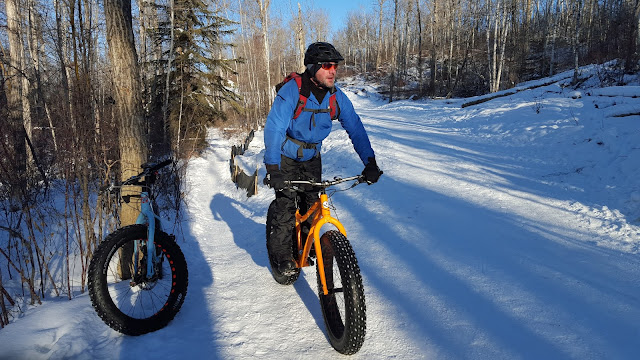 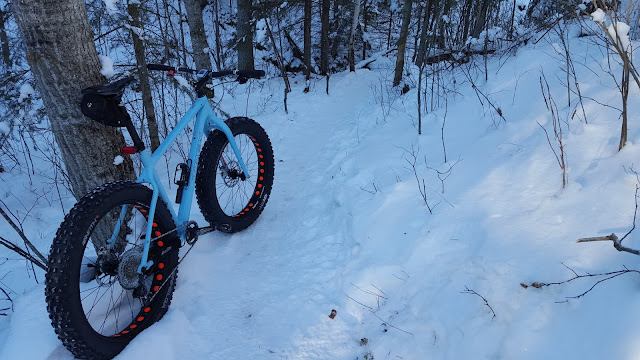 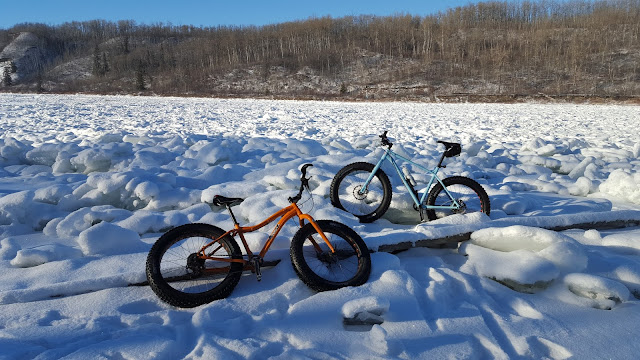