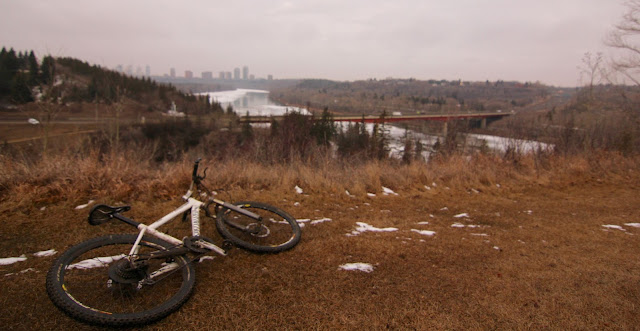 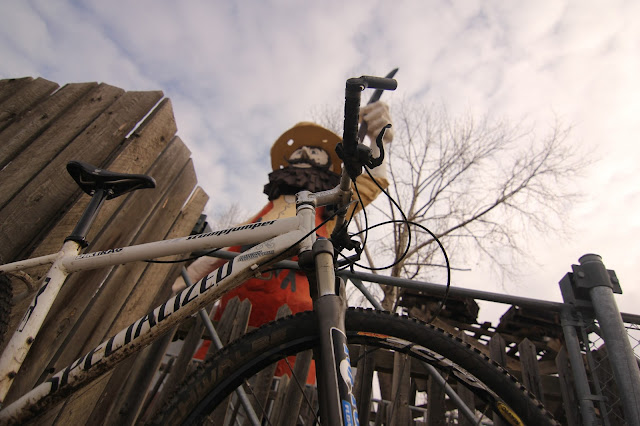 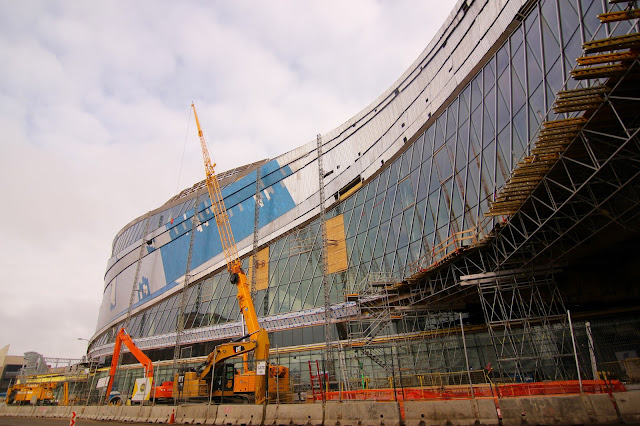 This years annual pilgrimage ride took place at Capilano Park and I fled West towards the Capilano Bridge for a crossing on the almighty Gretzky freeway.

This year I had hoped to see a pilgrimage or two of Christians walking with a cross with hundreds of people following. That hope in check made me know I was going to most likely be disappointed.

No pilgrammage! Why am I riding on Good Friday?

The ride took me through mostly dry river valley paved trails on the now dubbed "shit bike." Sadly not one other bike was spotted as my time was spent in the river valley before climbing out into the concrete jungle. The shit bike grew on me since the last ride and I was quite in an intoxicated state riding through the light falling snow whilst Radiohead's King of Limbs was playing through the headphones. Yep, quite an awesome moment.

It was jogger galore in the valley! Quite frankly I was a little bit nervous with all these guys and girls around knowing I was the only bike within miles.

Would they have me tied up and put on a spit!?

Those were thoughts racing through my mind. I don't trust those none bike riding freaks of nature one bit.

Who jogs anyways? I mean come on!

So I raced upstairs towards the inner city. I knew I would feel much safer amongst the drug addicts as opposed to those monsters out jogging and ruining their joints each propelled step at a time. What psychos those people are!

In the city, life was dismal and slow. Making the riding quite enjoyable as the traffic was at a bare minimum.

I rode by two churches and saw the remains of an earlier pilgrimage. "Well dammit! What am I going to do now?" I exclaimed while furiously shaking my fist at the local church.

I hit the paved trails going towards the stadiums along the LRT tracks when alas! A pilgrimage was just starting. So I stopped for two minutes, paid my respects and ventured on.

Satisfied that I saw one I rode to Rexall and crossed into the Northlands parking lot. Lots of geese were residing in the area and were being complete douchebags as per my arrival. Loud squeaking and wing flapping was had. These shitheads wanted no part of me there but I rode on...

Cause I'm a badass.

The ride ended after breaking through a wall and wanting to ride another twenty kilometres.

Family commitments win for the better.