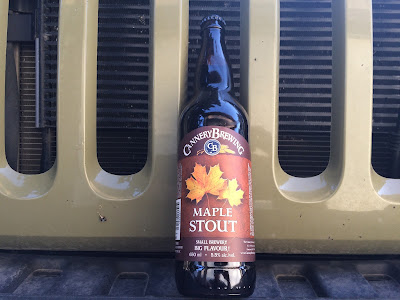 On this Beer Friday. A day that the trails are open and have been for some time now. We are on the eve of April the sixteenth. A day I had always left as the official opening of the trails. After twenty plus years of riding this date was golden. Trails are open kind sir! Get on it!  Go on now... Ride your bike. Give away a few extended Winters of course.

Cannery Brewing, located in Penticton, British Columbia. Ok, wait a minute.... Why the hell does British Columbia have so many fine ass craft breweries in it's bountiful awesomeness? I mean they have so... so... much more to offer, and they hit the rest of Canada straight in the gooch with a straight up WWE steroid induced power punch with brewery ownership!

Why do they have to have the craft beer monopoly as well?

Unfair British Columbia.... Completely unfair. You have all the awesome that people see in the "Come to Canada, it's breathtaking" ads in parts of the world. Little to people know it's mainly all in that one province.

Albeit, Alberta is pretty kicks as well. We have it all here. So is Saskatchewan, kickass lakes. Manitoba, ya you all right girl. Ontario, water falls and baseball. Quebec, Montreal, Quebec City, those and an infinite number of amazing towns. New Brunswick......

That's it. I'm done. Sorry if I missed your province. That's just too much typing. My country is quite the place. Come visit. I'll take you for a ride.

Wait, no. That's a lie. Not really a big fan of riding with people I don't know.

We were all flabbergasted at what the pour gave the Lonebiker beer crew! A dark and sexy stout doing what a stout does best. Look awesome! My mouth was salivating at the very thought of holding this close to my lips.

I held it close and we bonded for a good solid five minutes. After I sipped the goodness that was strongly emanating from the glass I knew this was another Lonebiker Beer Friday winner. A strong tasting of coffee laced with maple slapped me in the face and I knew right away I could die right now with this beer in my clenched arms and have not a worry. 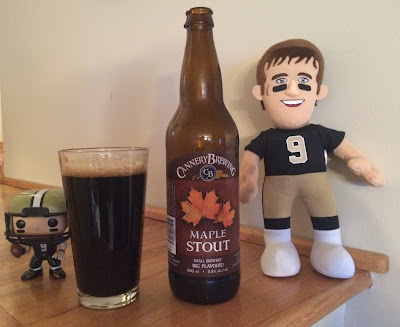