A Litany of WTF's in the ERV 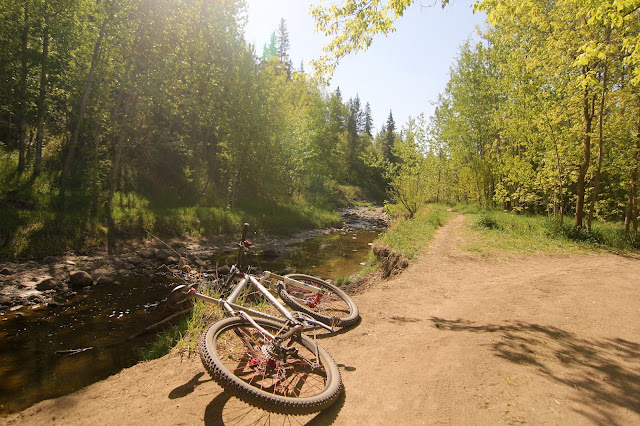 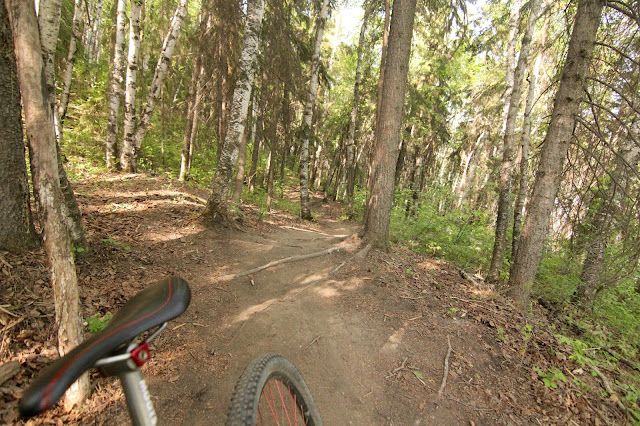 A ride that had potential didn't quite turn out as the legs for some reason gave up and I had to bail out once I entered Risky Business.

The ride wasn't dull though as the river valley gave me enough weird shit to last three biking seasons all in one short hour long bike ride.

The order of the day: Female nudity... Well almost. Three separate ladies in 3 separate locations all unrelated. Or so I think.

The first was a photo shoot on the river along Bird House Trail. First I saw skin... Lots of skin.. I mean lot's of skin if you catch my drift. All covered up by a small bikini top and thong which unfortunately for me left nothing to the imagination.

The second was yet another photo shoot where a girl in a very short ballerina type dress with other girls in the same get up turned around and showed her entire backside which was not covered albeit thanks to the fucked up dress she and the others were wearing. They parted and I rode through awkwardly.

Those two run in's were not so high on the 'what the fuck' scale but what came next took the prize for one of the strangest river valley encounters in twenty five years of riding.

The singletrack heading west away from the crazy fence lady where I had a (pre blog) encounter before with a homeless couple having sex right in the middle of the trail. Thankfully they were covered up.

I came around a corner today to a lady pulling up her pants as I'm sure they heard the loud hub of the Moots coming. I had to wait for them as she pulled up her pants. The gentleman was sitting on the trail with an open kit of what looked like wires with small car battery type hook ups, viles of liquid, and what looked like a fresh bottle of urine in a sealed medical container. Needless to say I could not wait to get me the fuck out of there.

I rode away and she assured me what I saw was not sexual in any way.

I agree, it wasn't but my mind was awash in WTF's after leaving.