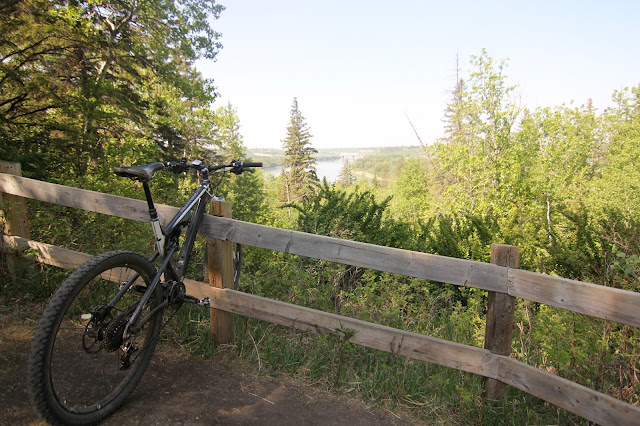 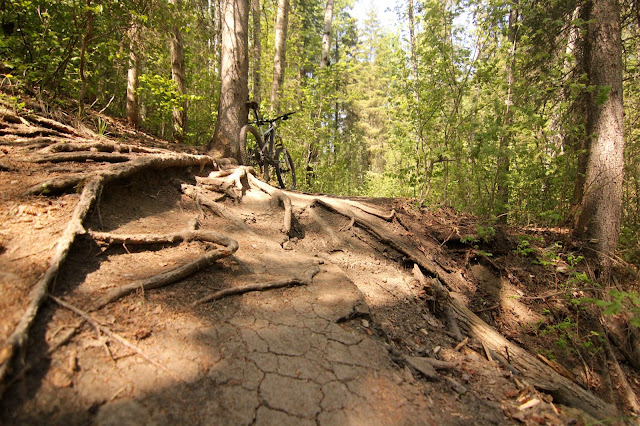 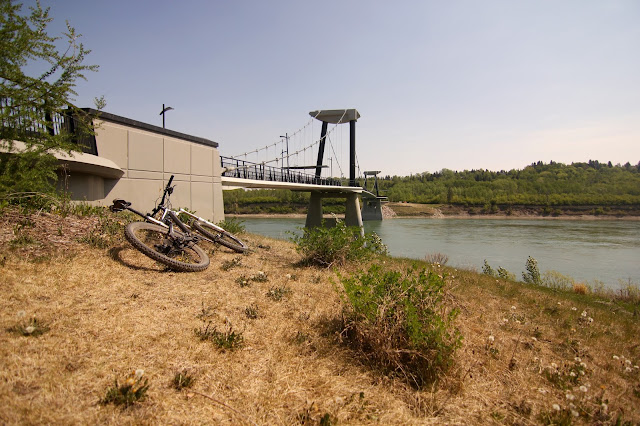 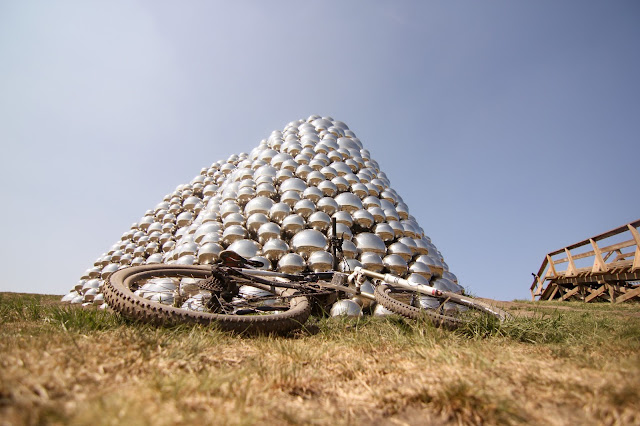 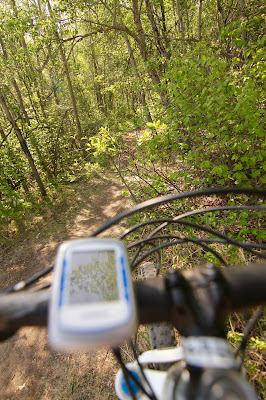 A ride that went a bit longer than expected which is never a bad thing. Even when you are riding a bike that just makes you more and more unhappy with each spin of the crank. Shifting into the big ring up front is always met with loud obnoxious cross shifting between the big and small ring. This always happens in the technical singletrack. No matter how freshly tuned the cables are it just happens. A design flaw of the bike.

Don't get me wrong. One hell of a nice bike but after years of riding it has a lot of shortcomings considering the price paid for it.

The ride started in Old Timers where quickly I was at the entrance to Six Shooter. I think allergy season is upon thee.

< See that pic! It tells a story. Well sort of, you can't see the screen I was 5 kilometres in and was feeling like a bag of shit. The legs had nothing to give, basically the same as I felt yesterday. At the trail entrance I decided to keep going no matter how bad I felt. So into the granniest of granny gears I went and slowly made my way up.

That pretty much set the tone for the ride. Ride slow and grind up the hills. Eventually it worked out in my favour.

Once up top of Six Shooter I felt invigorated. The ride was on. 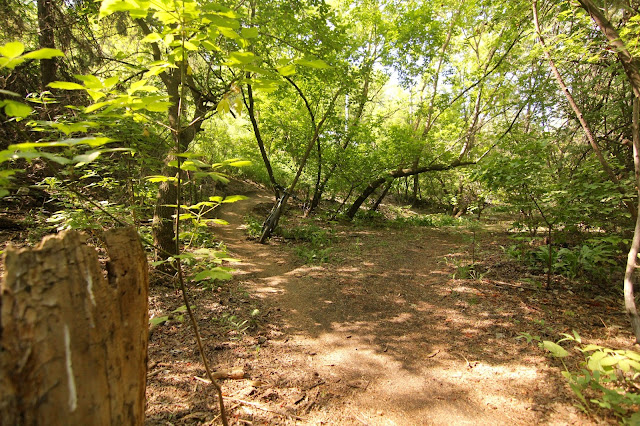 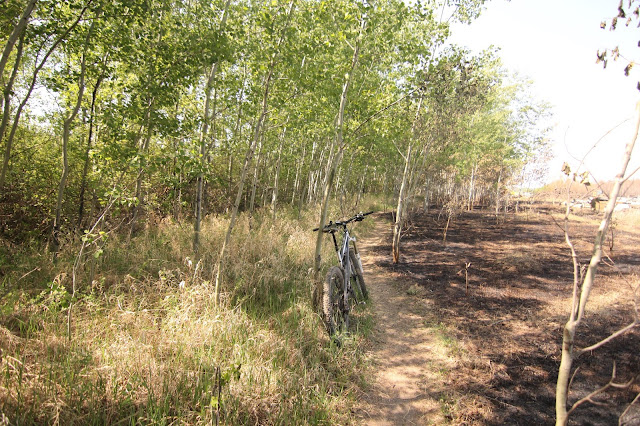 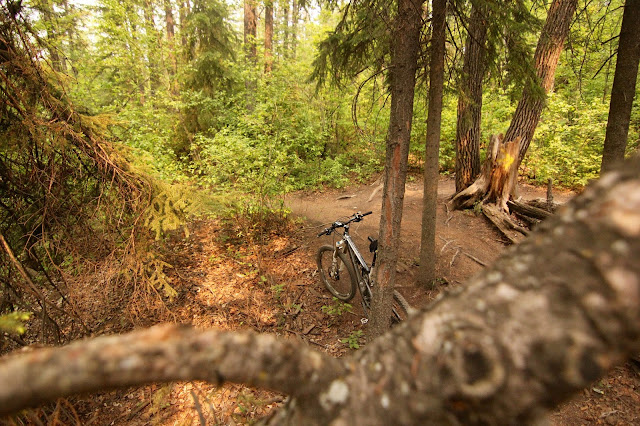 A busy valley pocket marked with evidence of brush fires everywhere made the ride interesting. The Fort Edmonton multi use was littered with people. Given the incredibly nice day it was no surprise so I had to be careful on the now leaf blinding corners.

I nervously entered Patricia and in the end on my second journey through this upper riding wonder land it had kicked my ass just as bad as the first time I rode it with Jason and Gord. Today I sat at the end shell shocked like a Vietnam war soldier that just had all his friends blown away from a friendly fire shell.

This trail system is badass. From the first climb up into it where you have moments wishing for a heart attack as that will feel better than the pain of the grind. Once in it short power climbs laced with roots seem to never end. Unfortunately it does end.

If you ride a bike purchased at Sears with fenders and reflectors on the wheels I urge you to stay away. This trail will destroy your bike go to your house and have an affair with your wife ultimately knocking her up. When it's done with her it will burn your house down.

Yes Ladies and Gentlemen, this trail is one badass motherfucker.

The ride took me to Laurier where I saw very few dogs on the trails which was quite nice. The hard climb up to the top was taken where again. I wished for a heart attack to just end me.

The legs were done at the top and I elected to just ride the second part of Mackinnon and took the now pussified version of Back Breaker.

A river crossing was had and Emily Murphy helped take me home on shredded legs and a big smile.