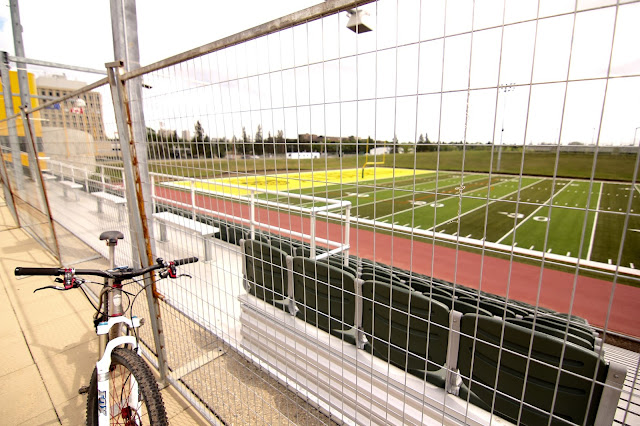 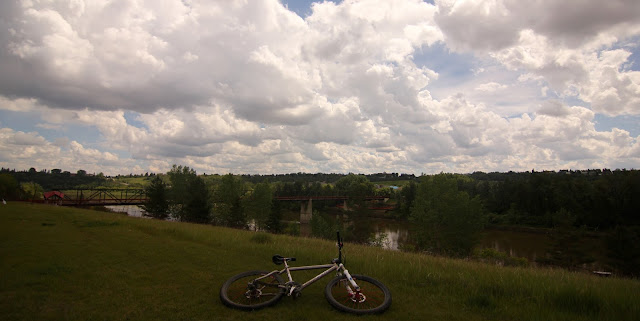 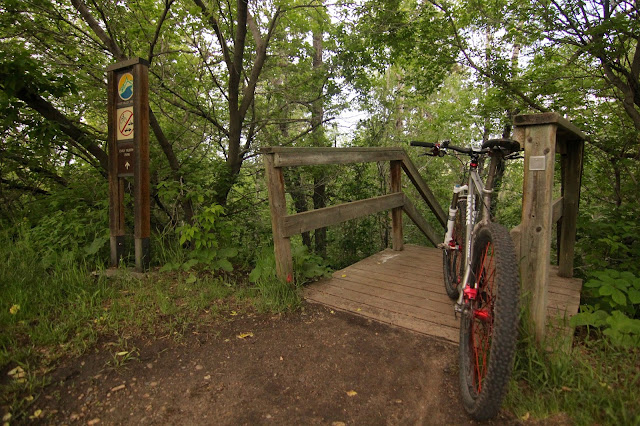 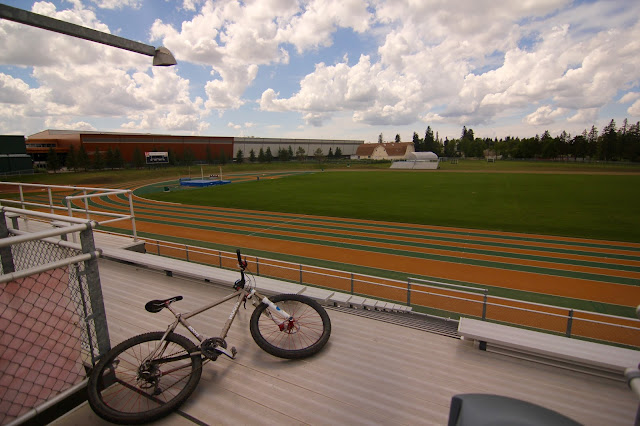 A ride that didn't quite go to the true plan. In the end I guess 30 kilometers on a ride that I would have passed up for a trip to hang out at the mall isn't so bad.  Well... That's a bit of a lie. I would choose the bike over the mall any day of the week.  No matter how shitty of a ride.

Greasy singletrack kept me off the fun stuff so I stayed on the multi use and fought the heavy crowds of people who came down to the river valley. Some of them were complete newbs as they did not know how to react to a bike passing them by. I felt awkward for them.

Non stop coughing followed by dry heaving and that feeling of "it" in my throat. I want to hurl right now thinking of that. Copious amounts of water was had followed by deep gurgling and than spitting out.

Eventually that feeling of it lodged in my throat was gone. I still had to keep myself from throwing up for a long time.

The highlights you ask? An incredible smell of flowers in the river valley. It was almost overpowering at times. I popped out of the valley as the crowds were too much. Foote Field the home of the U of A Golden Bears football, soccer, and track and field was pretty cool to see.

Not a bad venue. Kind makes me wanna go to a game. Who am I kidding, that will most likely never happen.

The ride ended after trying to get across the doomed bridge from the northwest side. Folks. Stay away. Between the bridge and the fat person gondola construction that area of the valley is a steaming pile of shit. Stay away.