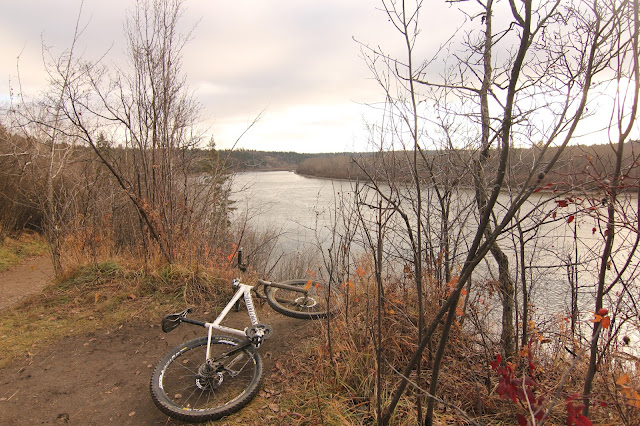 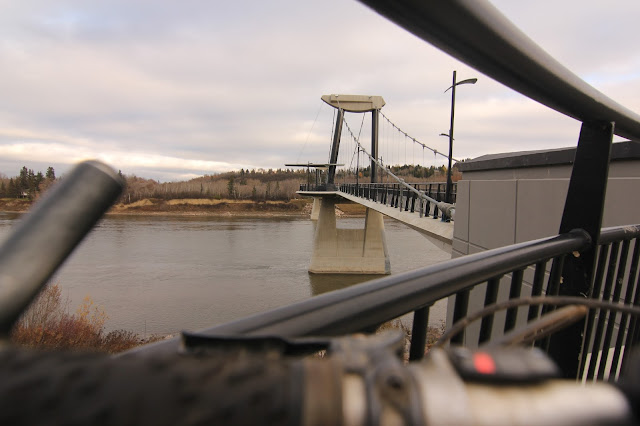 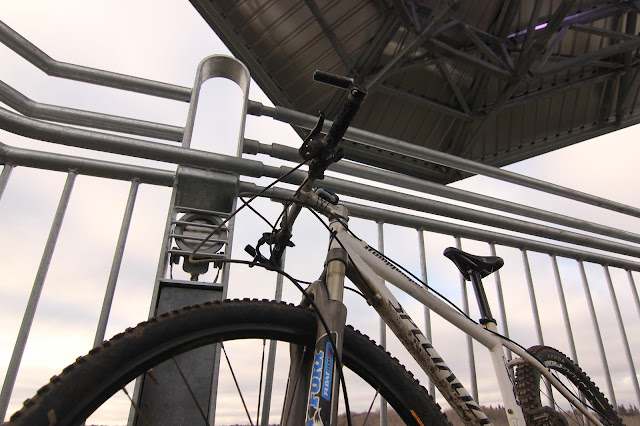 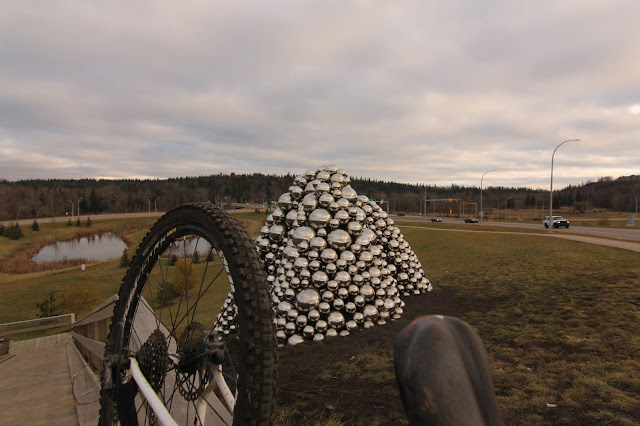 A post football watching (and crying) ride from Emily Murphy to the most popular thing in Edmonton besides the new hockey arena.

Determined to have a good one despite many late day failed rides after not doing anything all day. This one wasn't too bad. The ride took me on the multi use on the way to Hawerlak and was followed quickly by the multi use taking me to the top of End of the World.

Three dog encounters which were not favoring the owners took place, the first was witnessing two bitches off leash have their owners (bitches also) yell at a guy on a cross bike for just passing by. I saw nothing wrong as he passed slowly. I waited for them to get out of sight so I could blow by them because I am an asshat but sadly they took another trail.

I crossed Fort Edmonton footbridge and was in Oliskew and was amazed at the crowds of people down there. I had no idea that bridge would be so popular which proves my naiveness. It  is Terwillegar park. Geez...

This was the first time I crossed the bridge since it opened as I already crossed it twice before the opening. You hear that ladies? I'm a bad bad man. *Pushes away laptop, lights cigarette. Coughs uncontrollably until puking. "Man I hate when I do that!"

The crowds did concern me though. How will this affect the Oliskew trails? Can't see it being a good thing at all. Expect crowded trails on the once quiet singletrack now. I counted three bikes and one dog walker as I approached the bridge coming in on the paved. Pretty crazy...

Why are these people on the greasy singletrack?

That was when I had dog encounter number three and four. The knuckledragger dog people are supposed to leash up their pet on the bridge and in Oliskew but some didn't. I almost hit one dog as it darted in front of me. Shortly after I was chased by a dog for a good while holding to my rule of behaved dogs should be the only one off leash. Quite simple really.

I took my grumpy ass home through Laurier where not one encounter was happend. In the end a good ride was had.
at October 30, 2016