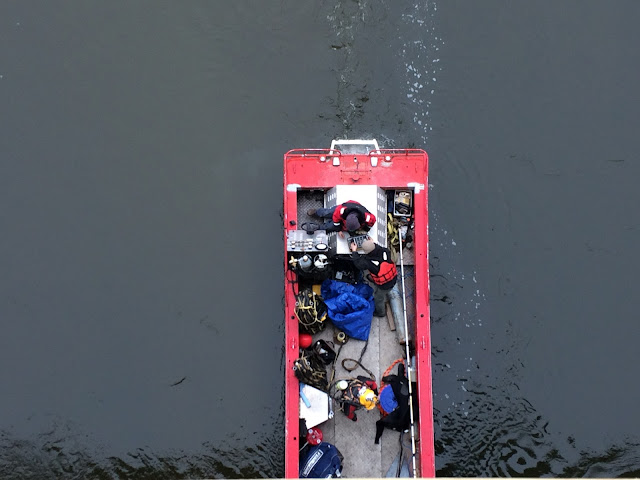 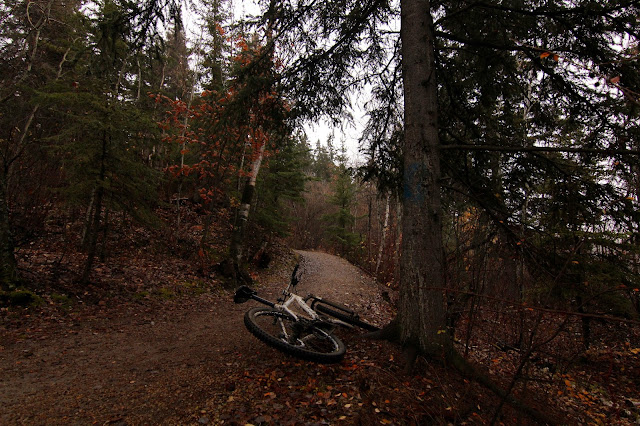 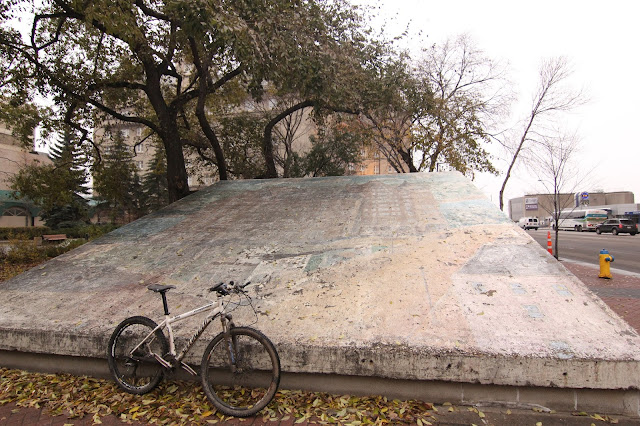 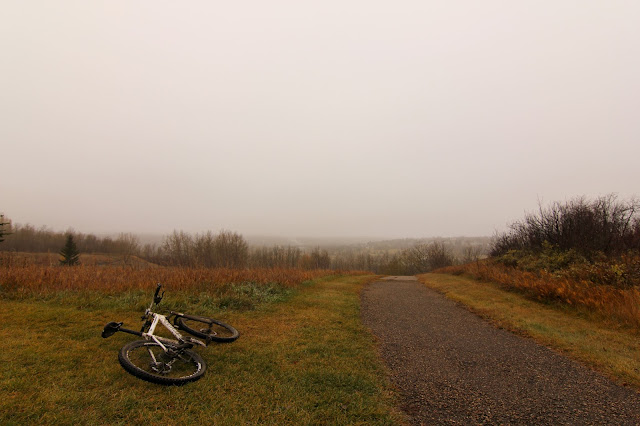 A good ride on the sadly dubbed shitbike. A bike I chose as the fatbike is off limits as well as the Dual Suspension, with the Moots having brake issues the StumpJumper got the call.

At the risk of not wanting to sound like a douchbag it is dubbed "shitbike" for the reason it only gets called out in shit conditions. Springtime in the middle of the big melt is when it shines.  All the other bikes have their moments to be ridden. It truly does get the shitbike moniker as it is a Specialized. A company I truly came to despise in the last few years thanks to their corporate tactics.

The plan was to ride from the Science Centre to Emily Murphy, cross and than take the downtown seedy core home. A bridge ride to Emily Murphy was thought of but quickly dismissed as I wanted to go my own way and not be tied down to the power of the bridges.

Things got out of hand as I got to the Dawson bridge and wanted to cross to head up and stay on the South side of the river to my lovely lady Emily. The pedestrian crossing of the bridge was closed and construction in the area created a conglomerate of cars making things even shittier.

I ended up in the doomed Cloverdale bridge area and was truly and righteously fucked.

I had to climb out up into Jasper avenue as everything was down and closed due to construction of the bridge or the funicular. I was a bit pissed as downtown was supposed to come later, not now.

Eventually I wormed my way through and ended up at the Low Level, crossed and rode the south to Emily where I gave her a kiss and crossed and made my way up into town.

Guys, please don't tell Mrs Lonebiker I made out with the Emily Murphy statue. Might seem weird.

A visit to Rogers place where I could not locate that damn Gretzky statue and then towards home. Not before my feet froze and I had to stop and warm them up.

In the end, the shitty weather is getting quite tiresome, but that left the river valley empty and awesome. I should have stayed there the whole time.