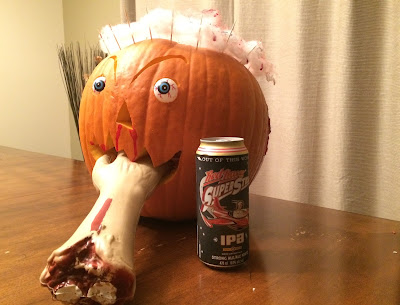 Whats that you ask? Why is October almost over and not one Pumpkin ale has been tested yet?

Yes, it's true. We kind of shit the bed on that one this year. My excuse. Too many beers in storage waiting to be tested. Think I counted eight in behind the lab with another seven donated by a fine chap sitting in quarantine still waiting for preliminary testing (I really take this shit serious.)

For this Friday (I know what day it actually is, just have to keep up with the theme you know) we are bringing in one from a brewery in Surrey, British Columbia. Yes, I'm really starting to think that people in BC have nothing better to do but start breweries and pot dispensaries. The pot dispensary was a given though... I mean have you ever met someone from BC? The sheer number of breweries is astonishing.

Central City brewing has the usual things that would make a non brewery owner/ beer aficionado quite jealous. Tons of what looks like amazing beer, a cool brew-pub and another cool story of rags to riches success.

Today we are trying Red Racer IPA. at 6.5% it is destined to pack a punch but I was ready with my boxing gloves at the ready.

The pour gave a dirty golden beaut of a beer. Me and several interns cried. Was it the joy of another incredible beer upon us or were we overjoyed at the thought of a three day weekend. A quick reminder of what the weather is outside and we realized it was the beer. This was a good India Pale Ale with a hoppy taste where you don't taste the high alcohol content. It almost seemed over hopped but as it went down the hoppiness (that a word?) seemed to descend.

In the end the carbonation was spry and the hops were making their presence like Batman would at a Parent teacher night at his high school. 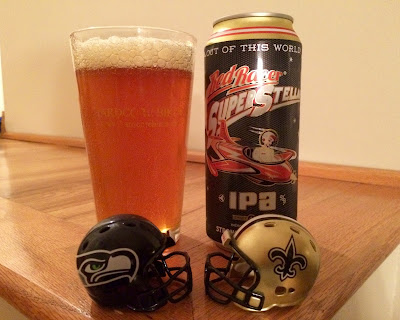