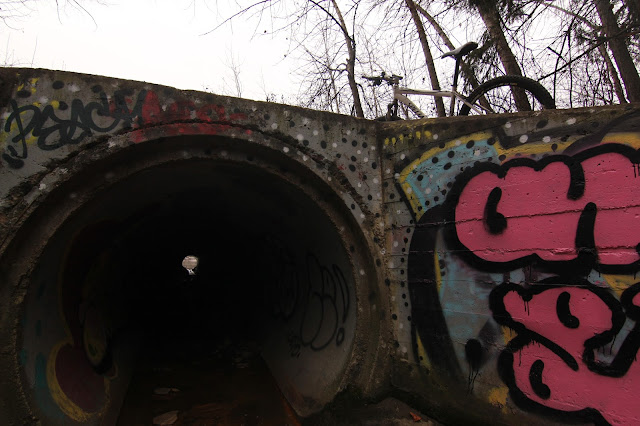 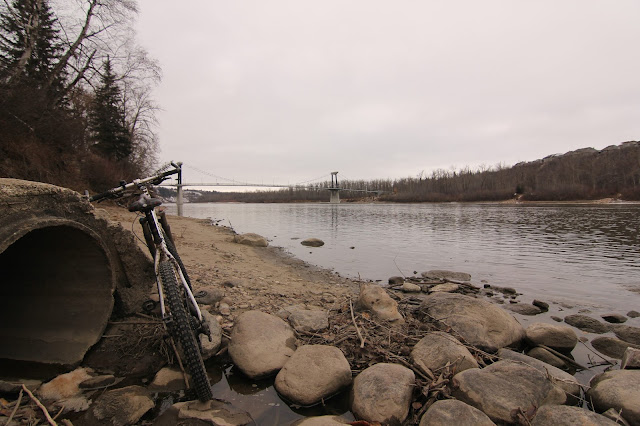 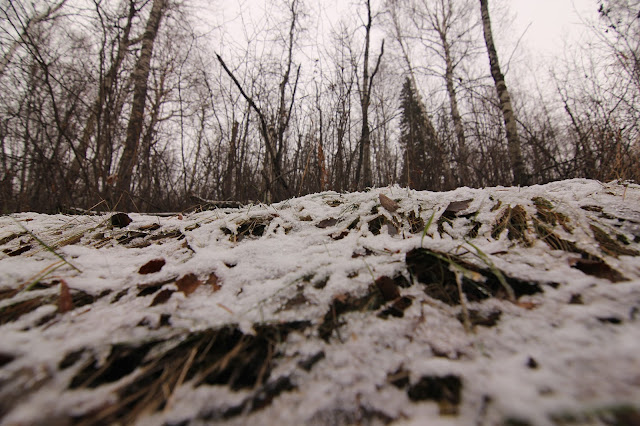 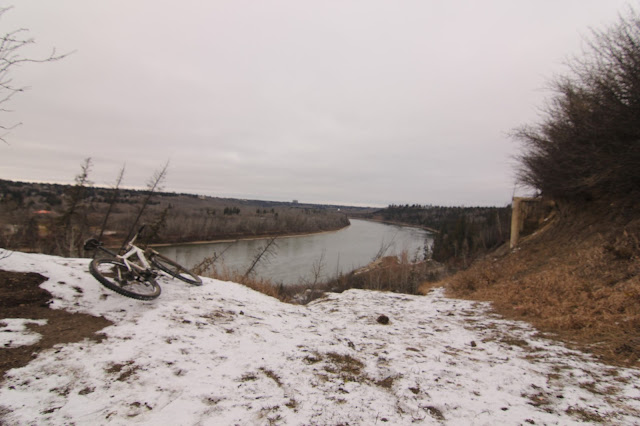 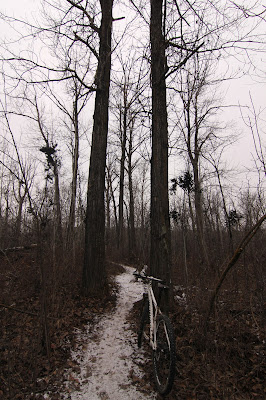 After spending yesterday and this morning pouting at the  current conditions of the river valley. You know the saturated singletrack that gums up your drivetrain faster than an FM radio DJ annoys you with their horrible attempt at humour?

I've had enough of the bullshit. I was so tired after just riding on multi use and paved and still forced to wash the bike for an hour afterwards.

Yes I can be a little bitch. Although I think anyone riding right now would feel the same way.

I took the shitbike out figuring it would be wet but soon learned I could have been on one of the fine Summer bikes. The ground was frozen which turned the planned multi use paved ride into something a bit more special.

Albeit not a ton of singletrack was ridden but it was enough to make for an incredible day on a bike that I just don't get along with anymore.

Yes we have had our differences lately but this ride proved more than ever that it doesn't matter what bike you have. Riding is riding. Having the means to get out on anything is all that matters. The Specialized worked it's magic on the singletrack making me remember all the awesome this bike possesses. 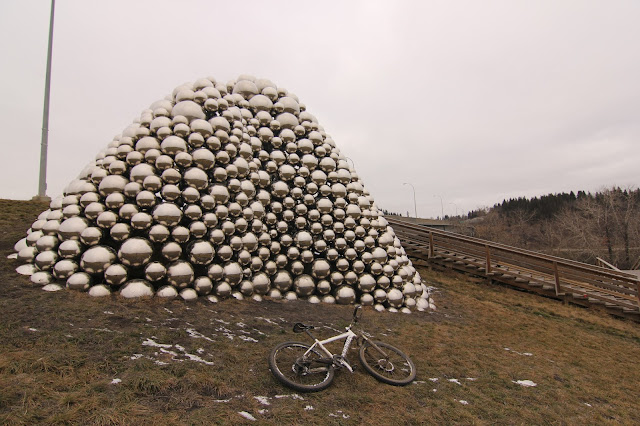 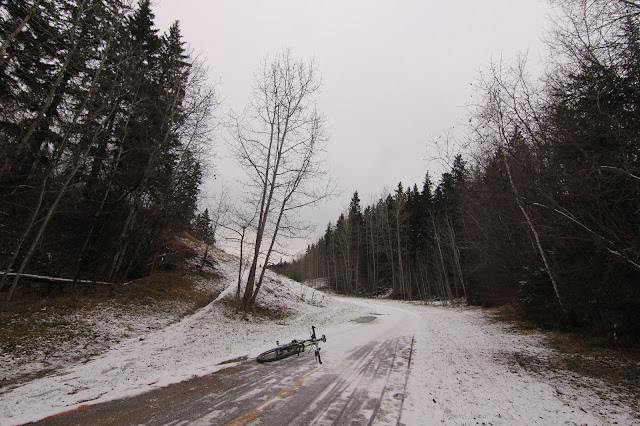 Cherries were popped on a new trail in Oliskew who I honestly had no hope for. Oilskew is flat.

Oliskew is Regina Saskatchewan flat. That my friends is flat.

The new trail aptly named "Flat Pete" only made the stigma of Oliskew more undesirable to ride but when I saw it today it was ridden. The trail seems to have alot more than one would think. Speed berms and quick drops followed by very short power climbs through a very windy trail that was just pure fun. Between this, the new singletrack in Terwillegar and Selkirk all with the new bridge. This is now one of the best places to ride a mountain bike in Edmonton.