Bailout at the 6.6km Mark 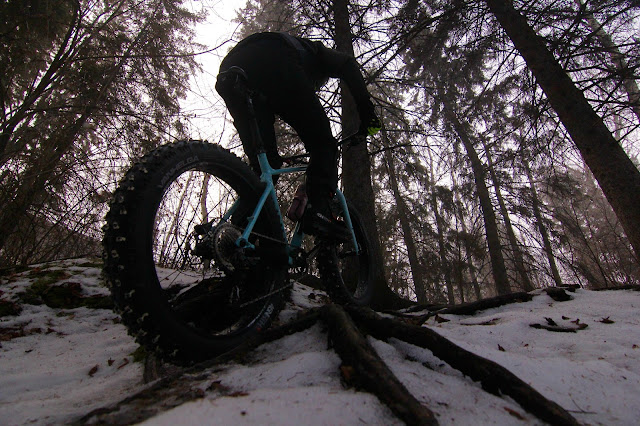 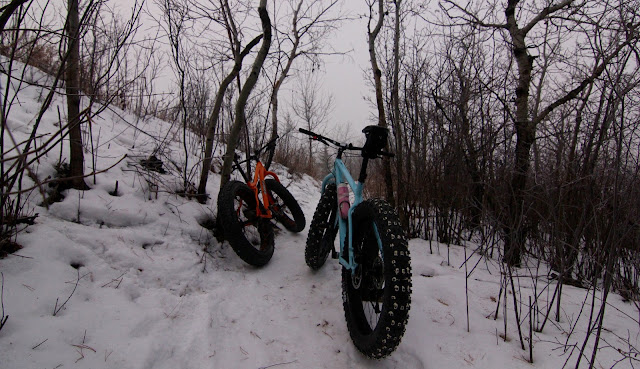 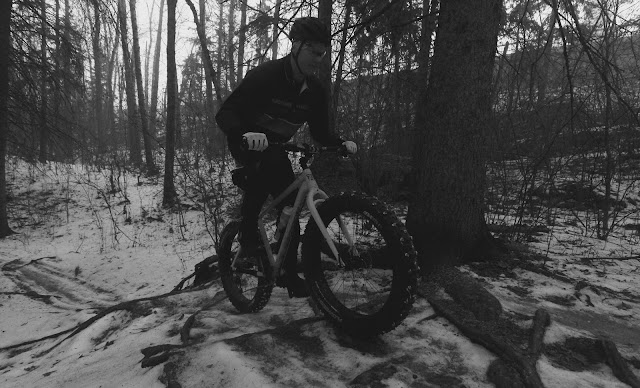 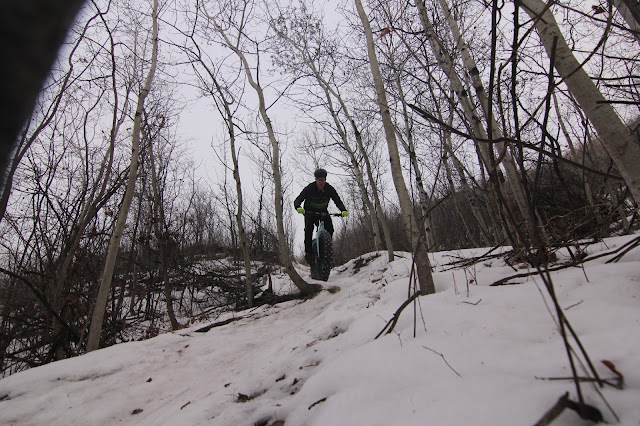 A ride meet-up followed by a business meeting with Jason... Well by business meeting it was more of a confused squinty eyed confabulation of ones business taxes and the end results of having to pay the government some money that I now owe.

The ride albeit short was still a good one. Jason broke out his Frankenbike tires for this one. A name Gord has given them and rightfully so. Slotted hex screws (I believe) are what Jason painstakingly drilled into his tires. His first tubed outing with Kent only lasted ten kilometres. Today he was going tubeless.

The sound these things make on the snow when riding along is quite menacing. Small dogs, tiny children and weak men ran for their lives when they heard us coming. I once was proud at the sound of my tires but was humbled at the roar of his transformed Vanhelga's. As I just said... Menacing.

The ride was more of a test run as we descended down McAloon Rip and the iced descents proved no match for his tires. Although my tires held their own and took me safely down the hill. I did spin out on one of the rapid ascents where he made it up unscathed. The only other slip up was on some off camber iced roots that I spun out on. He made it with zero issues.

His quote of the day was 'I have more traction now than I do in the summer.' Something I obviously would not say.

We rolled through Skyline and soon found ourselves on West Coast Trail. Again ice infested root trail greeted us and no issues were had by either bike. When we were spit out at the end the ride was over as one of his screws had come out and Stan's goo was spraying everywhere. Yep.... Sheeit.

I hightailed it back to the Jeep on the paved... Well... Leisurely rode back, grabbed my vehicle and performed a rescue mission.