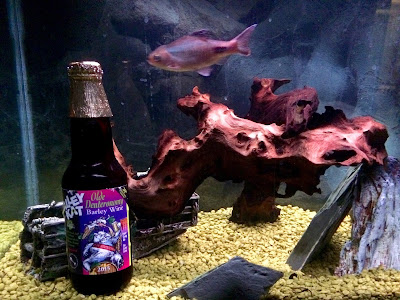 Beer Friday back on a Friday and you can thank the fine art of being an adult for keeping me off my bike today which would have eliminated this big event. Ugh... Who am I kidding? Adulthood is pretty lame other than having the freedom to save up and buy bike stuff and poutine whenever you want.

So when adulthood gets lame what does one do? Drinks a real strong beer that's what he does! Bring on Edmonton's own Alley Kat beer with their 2015 version of barley wine titled 'Old Deuteronomy' and it packs a punch at 10.3%. Given it's age it may be very hard for the fine folks who read this to find. Although a part of me thinks if it is really quite stellar and it gets a great review a revolt of some sort will happen amongst the masses forcing Alley Kat to start brewing it again.

I mean that happened on here before right?

As you know Alley Kat has been on here quite a few times before and it will keep happening as they are local to the Edmonton area and are just awesome.

This one which was made in two-fifteen might not be the same as first intended given it's age. In all the years of doing these reviews we have only had one go bad and it was a blueberry beer which in the end kinda made sense. My confidence in this one not turning is quite high.

Geez... An uncanny number of comparisons going on lately.

The first sip was quite the adventure. Strong tastes emanated from all over and I collapsed in a beer induced orgasm seizure. Strong tastes of toffee, coffee, dried plum, and caramel. Brown sugar was also there in a mouth orgasm inducing brew that was oddly enough a bit syrupy too but in a good way. As in all the good ones you can't notice the high alcohol content so if you can find it, drink lots and enjoy waking up in your back yard with no pants on holding your neighbours garden gnome. 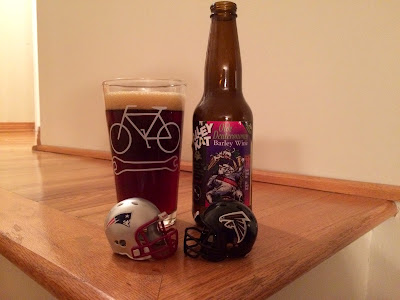