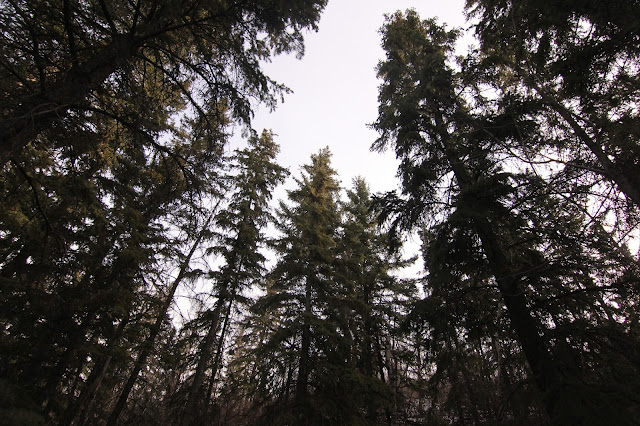 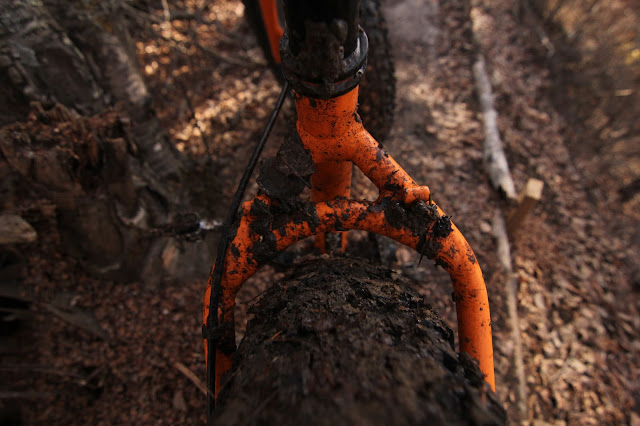 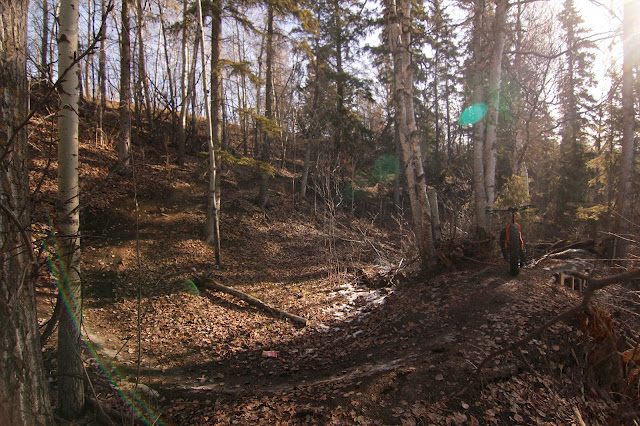 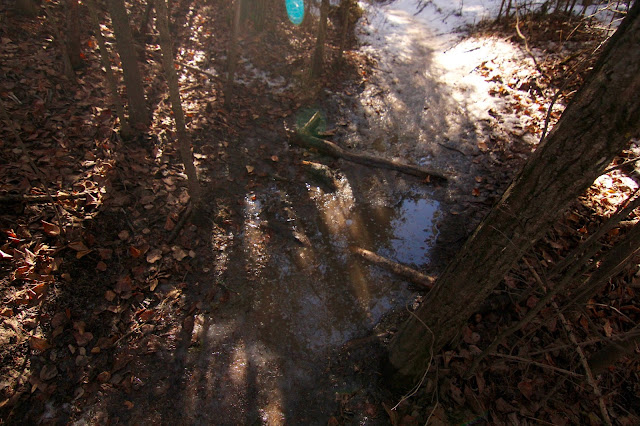 The next person I hear that says how nice it is outside is going to get immediately throat punched. This Winter and the last few Winters have been absolute garbage.

Today's planned ride from Hawerlak going west through Organ Donor and Selkirk and onto Oliskew and possibly with a Terwillegar turn around didn't even come close.

After a week of plus double digit temperatures I naively thought things wouldn't be too bad. Just iced corners and a little bit of melting. I did just say I was naive didn't I?

At first the multi use to Emily Murphy showed no bad signs of what was coming. A puddle in the trail in a place that always puddles up was my first sign. A normal theme in the Summer but never in the Winter. I soon was climbing up Six Shooter and before I knew it was in iced laced mud infected trail. It was terrible.

Checks on the trail as I rode showed no signs of trail damage, could the fat tires prevent ruts on the mud? I was soon grumpy and was out of Six Shooter with plans on scrapping everything and riding paved and multi use.

But the call of the fatbike loomed large. 'I'll try Machete, the tires seemed to hold up' I thought to myself. A bad call.

Mud and slime attacked my poor Winter bike. The steep descents were pure mud. I wanted out and off so badly but kept riding it out hoping the bullshit would end soon. I was out and was dumb enough to ride the lower singletrack taking me to Whitemud park where I hit ice and slid down an embankment where I was soon covered in mud.

'Game over' I thought, time to put the fat bike away for a little bit.

The ride ended with a climb up to Organ Donor's trailhead where I turned around and wimpily made for home.

A bad day, and its only February seventeenth.