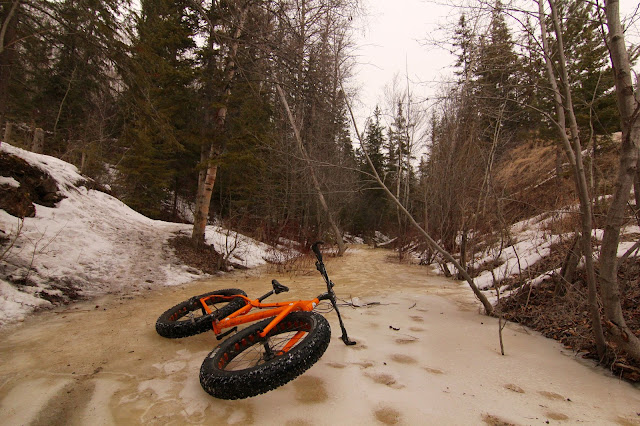 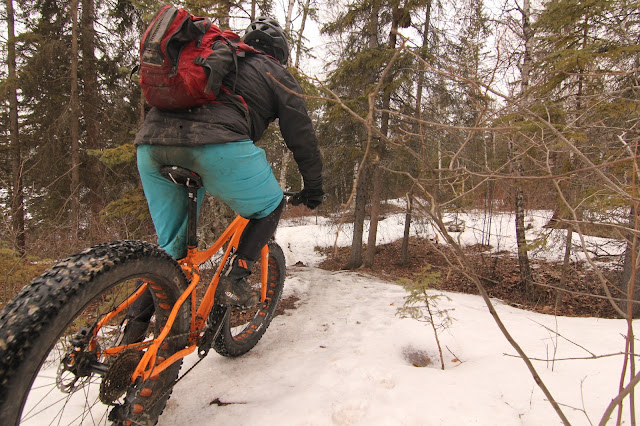 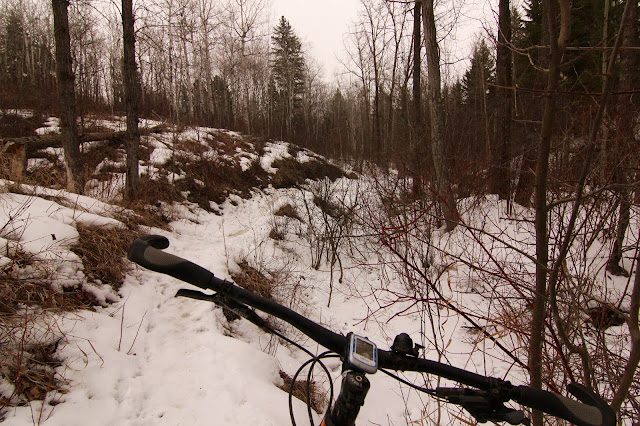 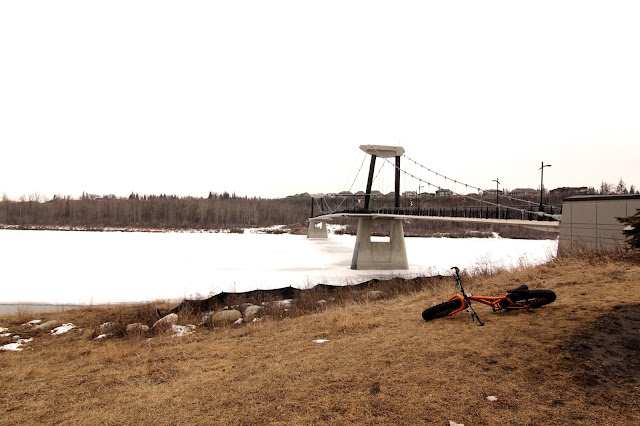 A ride from Emily Murphy to Terwillegar bridge that was originally planned but trail issues forced a ride cut a little bit short after issues with Flat Pete trail conditions. Instead I crossed and made tracks for home over Fort Edmonton's sexy footbridge.

As per the last ride the Dillingers had me wound up tight. I rode through Mackinnon's paved and multi use and entered Laurier where things were dicy but not too bad. After passing through some dog walkers who were quite pleasant (that wasn't sarcasm, they were awesome) I ascended up into Rio Terrace and made my way to Patricia Heights ravine where the trails of Wolf Willow waited.

Wolf Willow was where the sketch factor went through the greasy limits. Off cambered and glare iced sections had me walking. I did have lots of free areas to ride and made it through unscathed. Although some of the sections had ice hidden below the snow making my tires skip out towards the steep embankment causing mini heart attacks along the way. In the end the sense of accomplishment was quite high. I high fived a couple old ladies at the bottom of the trail and shouted "Fuck ya! Who's awesome? I'm awesome" And rode away yelling "Whoop, Whoop, Whoop!" as I sped away.

I'm sure they thought I was pretty slick.

I made my way to the river and was instantly met with an unreal amount of mud. Mud that was chewed up from other fat bikes and walkers. I tried to walk out but got caught a couple times making ruts of my own I'm sure. I was in no mood to turn around and ride back.

Flat Pete didn't last long. Once the mud started to show it's face again and I turned around once I saw the tracks people laid down up ahead.

I made it home but had to skip some sections of trail on the Belgravia singletrack due to extreme mudding and ride alongside the river. The ride ended in Emily Murphy shortly after.

Please kids, don't ride muddy trails, if its not ice , snow, or dry dirt just stay off. You Parents will be proud of the smart life decision you made.