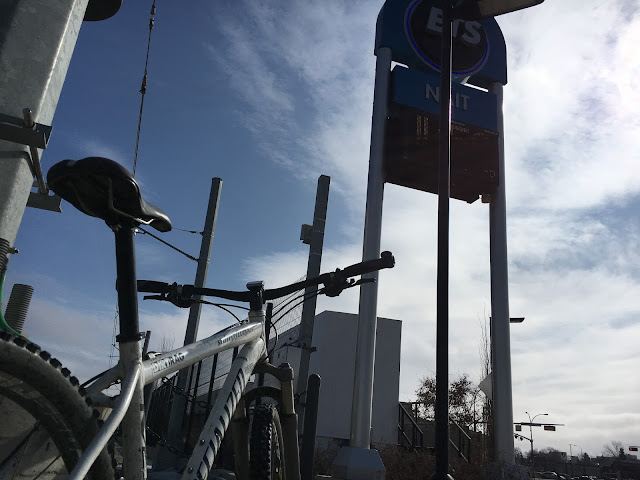 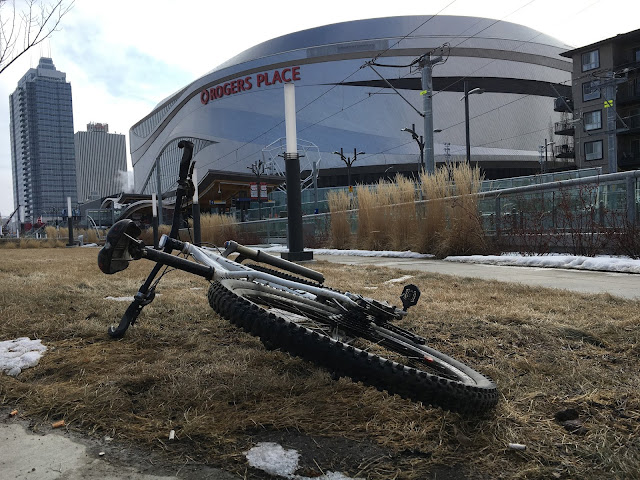 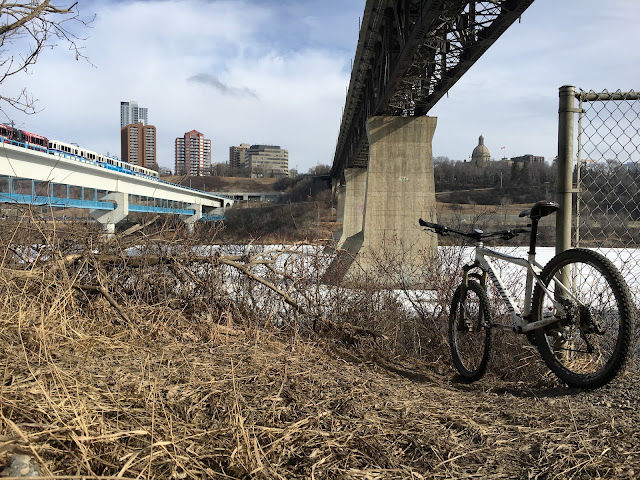 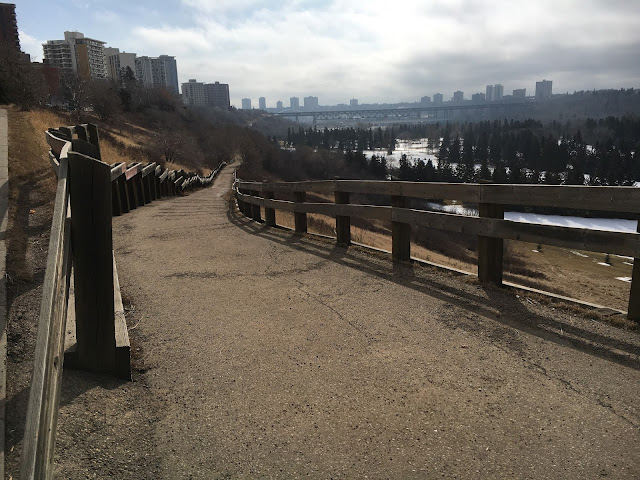 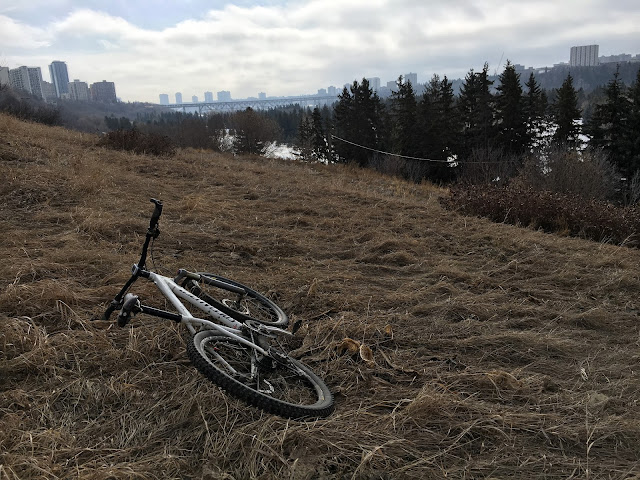 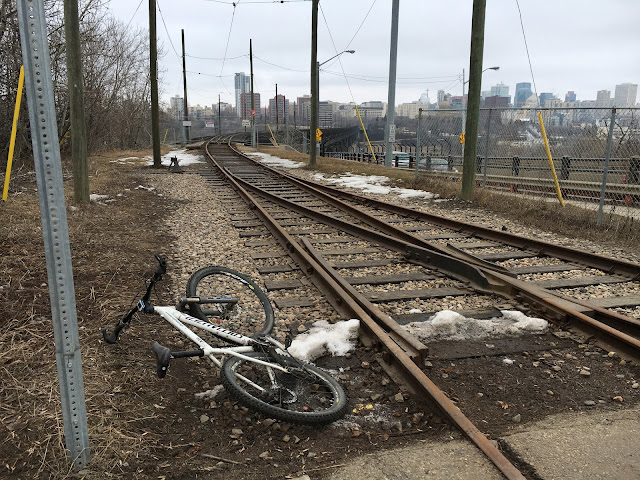 I'll admit. Once I pulled into the Old Timers Cabin parking lot and got out and put the bike together I had one hundred percent zero motivation to ride today. I knew what was in store for me and my poor shitbike and the thought of just staying at home was a pleasant thought.

Yes, the shitbike is back. The fatbike has been officially put away for the season. With another two week work hitch coming up and barring an Alberta blizzard the trails should almost be ready for the summer bikes (knock on wood) once back.

I pondered at the trailhead on where to go. I knew I would be getting out of the valley and the now becoming usual riding behind Rogers Place through the greasy back trails of Edmonton's inner city is starting to get old.

'Metro Line LRT ride!' I thought. It hit me hard and fast and as quickly as I thought of it I was already bored of the idea. Well bored? maybe an understatement. I have for a while wanted to follow the tracks on bike to the Nait station.

I won't get into detail as to how the ride was but I'll leave a list of highlights to close this one below. Here is hoping I have the urgency to ride tomorrow. After today and a big family day planned for tomorrow it will be a miracle.

* Two crashes after hitting black ice too fast.
* Getting laughed at by Somalian soccer players in one of said crashes.
* New handlebars are pretty slick! (will discuss in a future post.)
* Waiting for countless long red lights following the train line.
* Forgetting bell and trying to get around people on the trails.
* Seeing LRT trains go by. Wheee!
* Chainsuck on the shitbike happening a bit more than it should.
* The smell of garbage and pot around every corner.