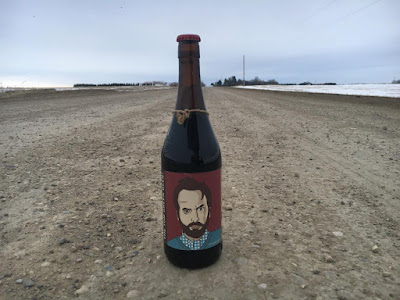 This is the Tom Green beer, it is my favourite beer, because it is my beer, it's the Tom Green beer. Ahh yes. Tom Green. Some say a monster. I say Canadian legend. The man who had a lesbian love scene painted on the hood of his Dad's car and named it "the Slut Mobile" and drove it to the crowded bus stop to show his Dad again after his Dad refused to drive it. I mean, who else has the balls to do that?

This was television in the late nineties (I believe) which no other t.v show could even be close to as it was so far out. I was on board from day one.

Now I think he is just touring around doing shows and living off his fame. Ahh that will be my life after I'm done with Lonebiker.... I literally hear crickets chirping and just realized they are for our pet frog.

Beau's. Naturally located in Ottawa, the home of Tom Green and the mighty Senators who are battling in the playoffs (at the time of this writing.) The brewery started in two thousand and six. They are a family run brewery promising to stay organic and seem to be a big player in the Ottawa area. Here is hoping their hockey team is still going strong when this one is published. Cause more hockey played equals more beer drank in Canada. Am I right?

The pour which gave us a dark stout armed with a three fingered head that left slight traces of lacing on the glass as it went down represented well. A milk stout, unmentioned earlier and much fitting to Tom Green's legacy. I got a good shot of coffee and chocolate hit me at first, all with a proper presence of hops which told me these guys know what they are doing. No bitterness or anything harsh struck back whilst downing this one. 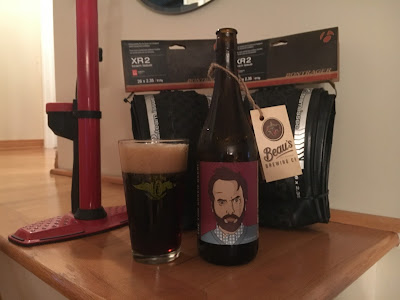