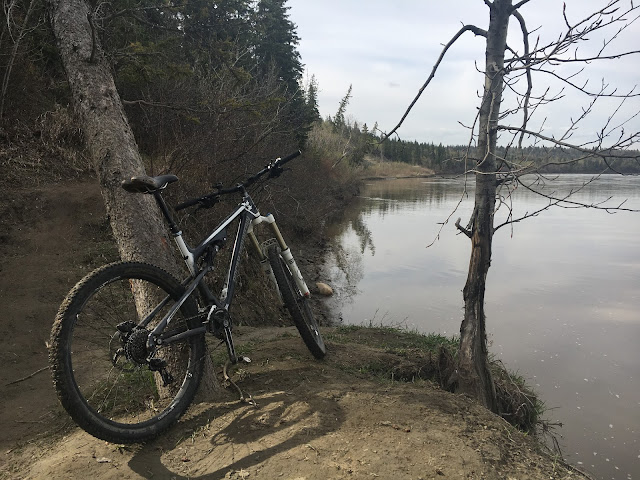 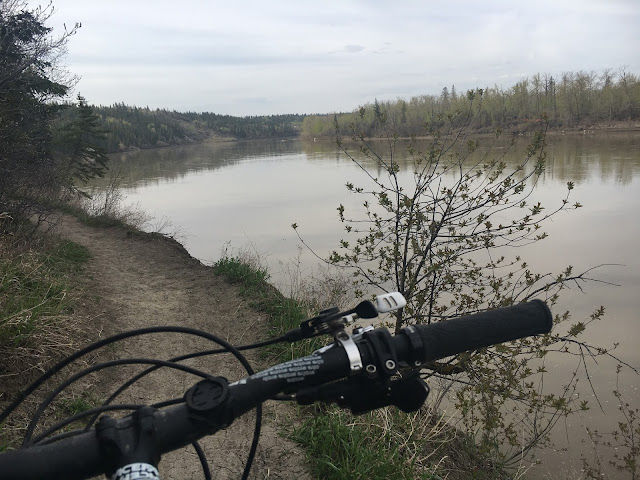 A rather very unwelcome return to the riding on a day that should have had rewards of riding orgasms and unforeseen confetti falling from the air.

Falling three kilometres short of Lonebikers minimum eight which equals a non post. We are posting anyways as the riding content has been rather lacking. Driving into the trailhead today it would seem that Summer had made its return in a big way. Thinking as to when I left and mounds of fresh wet snow had discommoded everything, this was a nice respite from the wet white goo that had made it's presence in a rather large way.

When I pulled into the Hawerlak trailhead:

People were mowing the grass.
Runners in shorts were everywhere.
Large baby geese chased after their mothers.
Signs from a fresh rain was evident.
The smell of fresh grass being mowed was heavy in the air.

Meanwhile in my head, the thought process...

'I'm so tired, should I just go home and sleep?'
'Allergies are bad, this is not gonna be good.'
'Sad... I don't feel like riding right now.'
'What did you just think!?'
'Whats that thing on my gooch? That's new.'
'Just go, your here, ride your bike bitch.'

Not far into this one at all I knew I was done. The allergies were the biggest spoiler and things were blooming in the allergy department quite strongly. I had nothing to give to the bike. It was sadly the first dry singletrack of the year and I could not care less. I didn't eveen make it out past the island below End of the World and I turned around.

Things will get better. They only could.