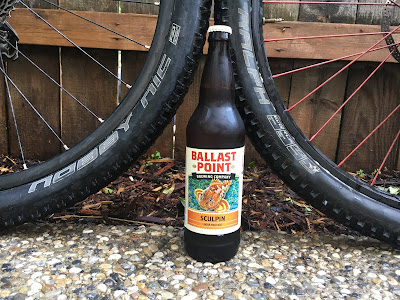 Beer Friday reserve number three, this is the one that counts kids cause Im going home!

A rather uneventful day writing this as I sat and rested my legs as a trip to Jasper tomorrow with Jason should be happening. The thought of bears and bad crashes causing bone sticking out of skin
injuries always seem to run through my mind the day before a trip and I don't know why.

Hell... Do I even trust Jason? How easy would it be to hit me over the head with a sickle when I'm not looking and ride back to tell people I got ravaged by an Elk?

This brewery hails from well... I'm not sure where the main brewery is, I'm assuming southern California. They have seven locations across America. It was started by two college guys who started brewing beer in their apartment while attending UCLA. A classic college situation yet these guys weren't douchebags and took it serious. In 1992 Jack White (not the celebrity) opened a home brewing store which turned into the brewery we see today.

Their award winning India Pale Ale, Sculpin is named after a fish that is quite the odd looker. Of course Americans are big into them as they have an affinity for weird fish. All of Ballast Point's beers have some sort of fishing picture and the brew is named after a fishing term on their labels as it is their passion. And that my friends is a-ok with me.

We poured and it showed a great looking IPA that had a one and a half fingered head. Golden beer that reflected in the beer lab had everyone's mouths agape. We tasted and it gave us one of the more incredible IPA's that had passed through the testing grounds. Moderate mouthfeel with a slight taste of hoppiness which turns your mouth quickly into happiness. Grapefruit and lemon seem to round out the taste of this one. Overall. An incredible IPA from some fine folks in USA. 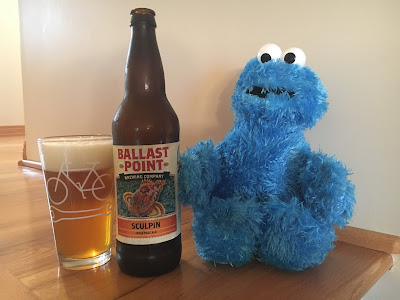