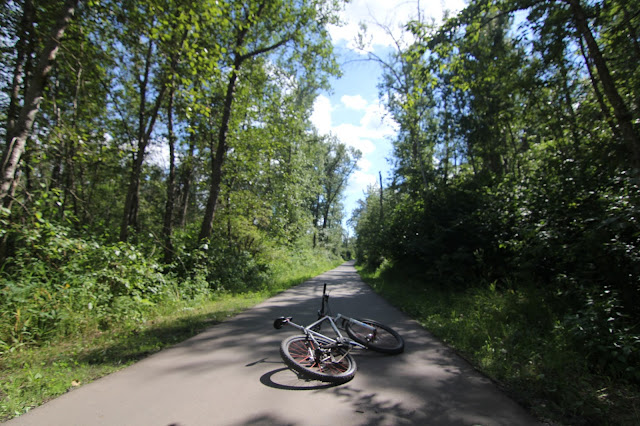 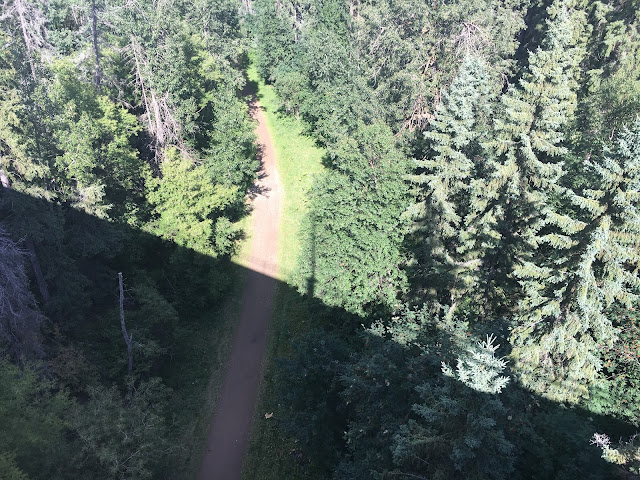 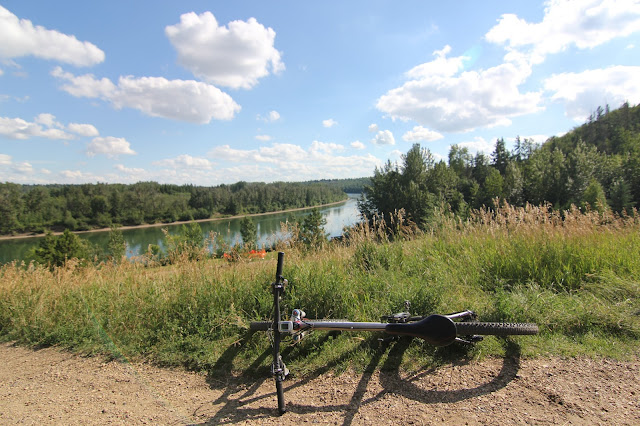 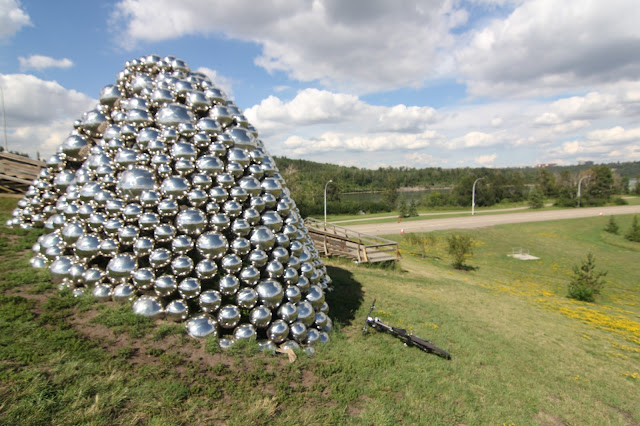 A return to the valley with the intention of returning to normal. The institutionalization of camp life in the north does seem to have an affect on me. Last set of days off it took three days to get on a bike. Yes that is right. Three days...

After sleeping for a good fifteen hours I was up not wanting to ride. A bad start for the two weeks at home. The inner voices told me to ride despite what would be poor trail conditions. Luckily I caved to the voices and took the Moots out on a trip from old school Mill Creek to the mouth of Terwillegar and back.

This ride was mostly paved and would have been even if the trails were spectacular. I needed to re-acclimate back to the normalcy of spinning a crank. Singletrack would have been great but I would have not lasted very long. The paved and very occasional multi use was just what I needed. The trees and general theme of being outside was enough to stimulate the senses.

Shiny balls were seen, all is now right with the world.