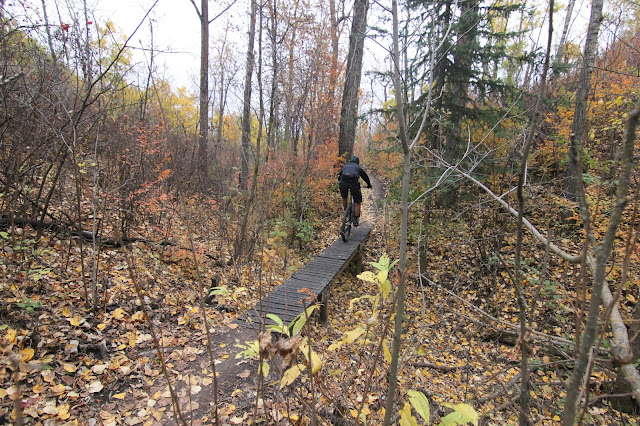 A meet up with Mr Steeve's in Goldbar Park on a cold windy day that was supposed to bring rain and sleet. Luckily the wetness wasn't a factor although I showed up with the thought of wet weather riding in my head. I looked down sheepishly and asked if we were going to be riding singletrack. "Fuck ya! We be riding singletrack bitch!" Kent roared. I roared back " Let's ride multi use and paved!" immediately the sound of crickets filled the air.

Well, that isn't exactly how the first exchange went down. We agreed that Golddigger should be ridden and then it would be time to explore a new trail heading into Goldstick park.

Golddigger was ridden and it was fabulous as always, Lots of trail traffic greeted us in the beginning and occasionally throughout the trail. We hit the transition between Golddigger and the beginnings of Cambodia and rode the new singletrack heading into the Goldstick forest.

The new trail remains nameless as far as I know but I'm sure every bike club in Edmonton will be clammouring to name it. I would hope the ones who put in the sweat and hard work will be the first to name it and that the name sticks.

The builders did a great job of  working with the steep sharp hills and built a flowy trail that once is broken in will be a winner. There are short punchy climbs but they quickly flatten out and go down. A couple climbs were quite the challenge which will keep the weak away from this one.

The trail being so new was over loamy. Tires sunk in making things a bit miserable. So all who know about this trail should do their part and ride it and break it in before we get the snow.

The ride took us through multi use and Lower Ewok (river trail) until visited Edmonton's beach social media phenomenon.

We soon found the new Walterdale and crossed. We laughed, We cried, we even hugged at the end.

The ride ended as the rain started and it was decided to boot her home through the city. 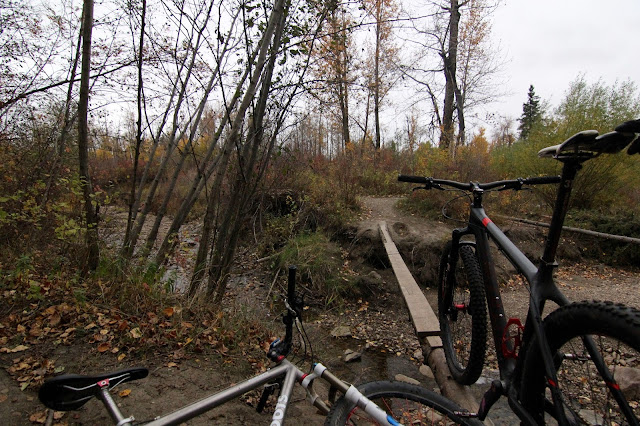 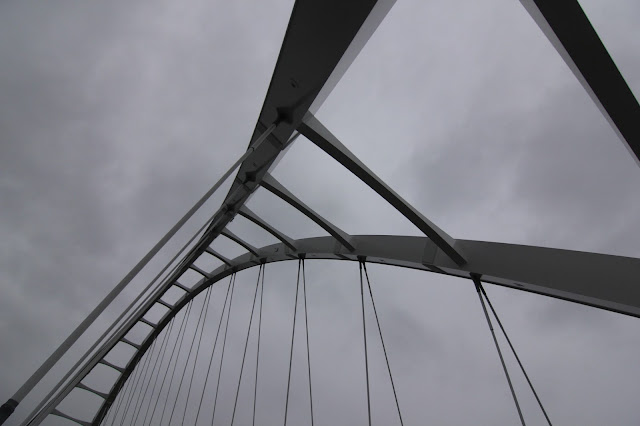