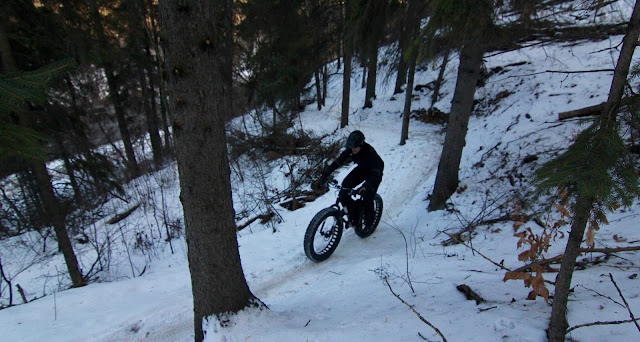 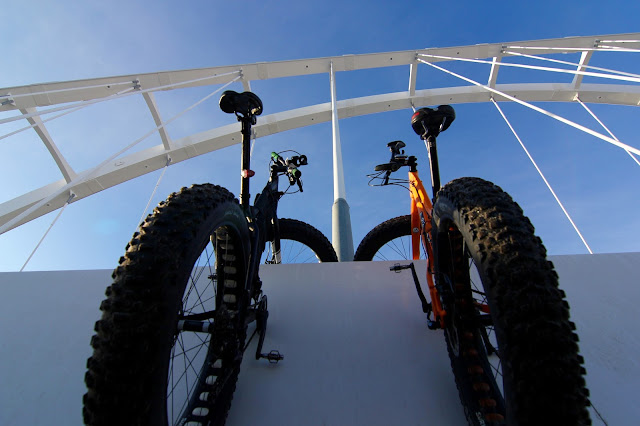 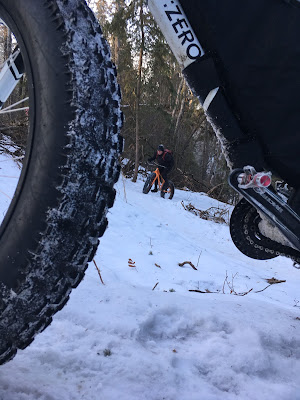 Maybe thats what I'll call this. Whenever me and just Kent get together. An exclusive club for Nine-0-Seven riders only. Open to all those that ride these fine Alaskan bikes. Soon there will be twenty of us. All storming the valley.

Hold on a second... Twenty?

I just threw up in my mouth a little bit. Let's keep this club small. Two or maybe four. Hey guys. Even four is pushing it. Apologies to the ones that like the big crowds. It's me. Not you. Look up at the title of this blog and maybe you will understand.

The good news is. Kent's hair is returning. It's been a while since we met for a ride and I was quite smitten with his Californian flowing locks of masculinity.

The ride from Old Timers took us onto Old Timers trail where we headed west. Gnome was ignored on the account of my tired legs (and many others we soon found out.) We crossed the mighty Walterdale and soon found Victoria. My old flame from a few years back. Kent probably thinks he was just going faster than me but I held back to have a little chat with my former lady. It's been a while since I was last here and I'd like to think we may be rekindling some lost love. This is the best that trail has been since I last rode it. Perfect snow with a very few muddy spots was there. This was once starting to get overgrown and shitty. Hence the breakup, but in every case once one is single they start to improve themselves dramatically and that's what Victoria's Secret did.

We hit Groat Road Rollercoaster next. Yes, I know it's called something else now but I just don't want to bother looking it up. It's not that I am grumpy from the constant name changes. If it's the ones who added the extension they have every right to rename it as stated before on here. Once out we took a sketchy descent down Purple Haze in behind the museum. A coffee break was had and we returned home via EMP Blast and Blue Man Group.