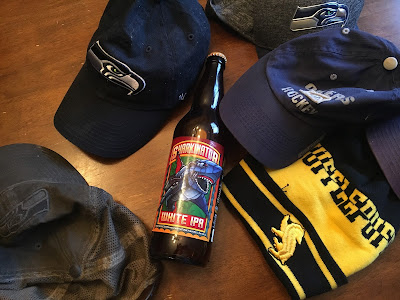 An executive laced heavily with axe body spray just leaned over my shoulder and whispered in to my ear 'don't even fucking think about it, needle dick!' Whoa... That was a bit harsh. Hey executives. I run shit on here! And Axe body spray? Really? Are you guys wanting to be seventeen year old douchebags and not the sixty five year old ones you really are? You bunch of corvette, porsche  driving well over the hill driving useless tea-baggers...

Sorry about that, the ratings or hits have been down on the site as of late and I'm a little bit stressed. I like blaming the executives but they do nothing wrong. Is it the content? Should I start adding scantly clad women almost bearing all like that chive site does and can't get over why they get so many hits? I can stand there and act dumbfounded as to why so many guys are clicking on lonebiker when behind me is some poor girl not loved by her father enough wiggling her ass in front of the camera. I can write something as to how much I appreciate all the followers unbeknownst to me they are just there to look at the scantly clad women.
Ugh... People are so dumb.

Wow, I'm coming off extra grumpy on this one. Not sure why. This is pre-written on my first day off as I am going to nights next rotation and although the thought of doing a beer review first thing in the morning is awesome. My children might start getting worried.

Lost Coast Brewery located in or around Eureka California which is in northern California, from what I hear is a lot less douche bag orientated and the riding is supposed to be incredible. This beer is on the theme of the greatest movie in the world combined with one of the scariest living things in the world.

It poured a dirty golden colour. A murky fluid sprang out of the bottle and we were all a bit over the top satisfied. The white head stayed for a bit and rescinded leaving light lacing on the side of the glass. The first sip threw a large smattering of apples. Odd cause apples in drinks are not good but it worked for this one. The IPA sting wasn't there in any way which made me wonder. Is this a true IPA? Upon further sips it gave a more breadline earthy tone. It was pleasant. Some citrus came into the palate as well. 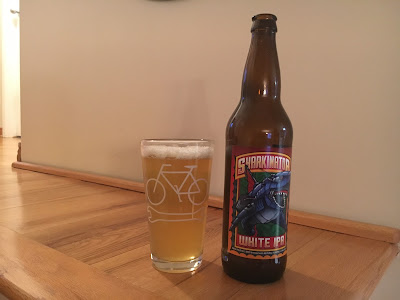