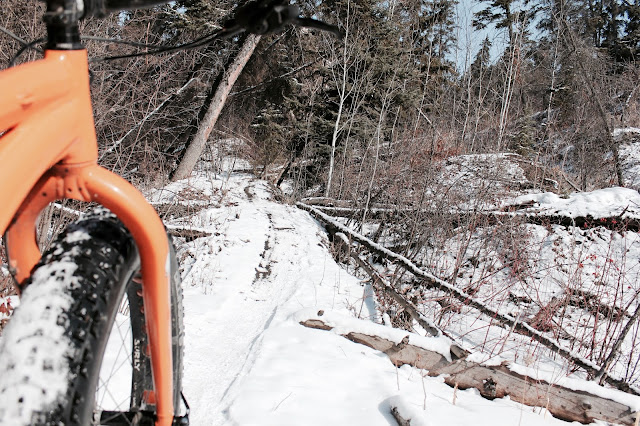 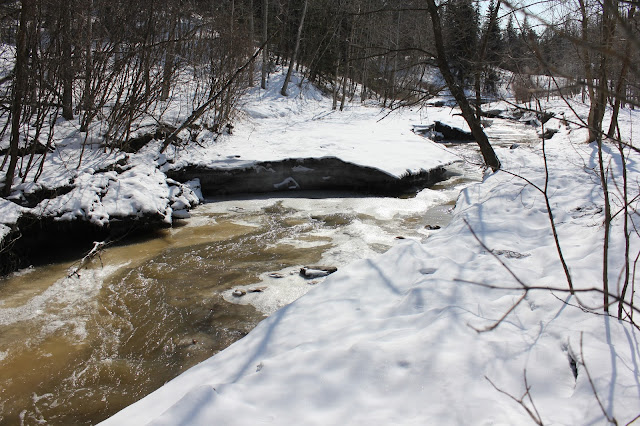 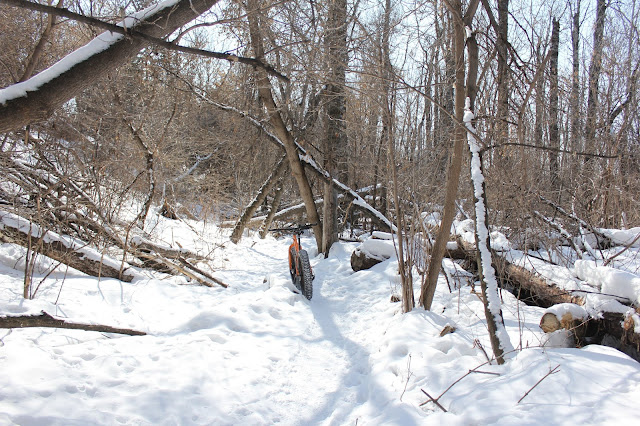 Will start with a disclaimer. Grammatical errors will exist on here so please don't get upset.

Apparently the last beer review had some terrible errors. Yes the last beer review was a doozy but I’m only one person. My Mac computer where most is written has a fun feature called ‘autocorrect’ which changes words in ways to make me look like an idiot. It’s odd cause it is supposed to help but actually does the opposite as most of you have found out with your phones.
Also, something else you don’t know about Lonebiker. Yes this may come as a shock to most but there are no interns, no executives, no editors, and worse of all. No beer pour girls! Gasp! I’ll give you guys a few minutes for that to sink in...

Hence when errors are made, they most likely get missed.I try to scan a post before it goes out but when your the one who writes it, it is hard to find issues. Hence this is why magazines have editors.. To make everyone happy I’ll keep today’s ride write up short.

Wait, fuck that. Today was incredible.

It was almost a ride that didn't happen. Checking the temperatures last night and seeing it dip down to what would feel like minus thirty I had lost hope on riding today. "It's almost April, I want to ride real bikes" I said to my wife looking sheepishly down at the ground in a pathetic attempt to get sympathy.

Mrs Lonebiker wants none of that. What was I thinking?

From MillCreek pool to the southside incredi-trails aka Caddyshack and Andre's, every literal inch of snow was amazing. It was like riding in another dimension. I felt like my mind was in an altered state. If Winter never went away and stayed like it is right now I would have no issue with the change and would sell the Summer bikes.

The trails combined with prodigious views of the valley made me feel lucky to be alive. Even the snow had a different scrunch sound underneath my ridiculous clown bike tires. It was a more meaty sound. Could it be that Winter knows it had a great run but it's on it's last legs? Or was the bike sending out some loud roars trying to strike fear in the fresh snow knowing this will be sadly coming to an end soon.

Easily one of the best of the year. The return took me back on the lower multi use after finishing Andre's at the Capilano bridge.

Get out there kids. It's amaze right now and won't last for long. 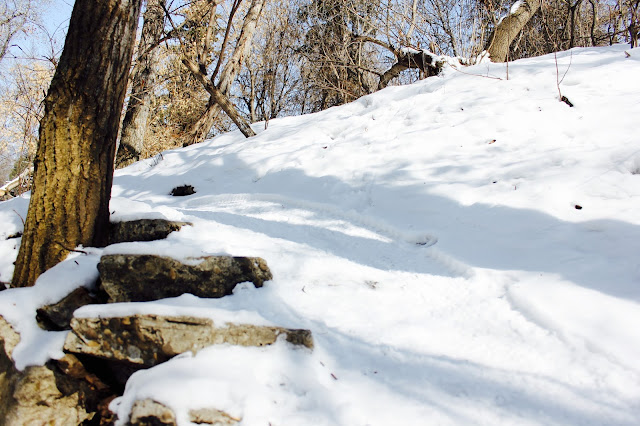 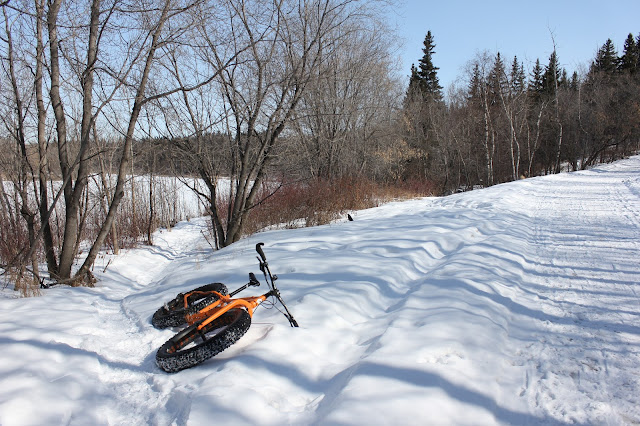 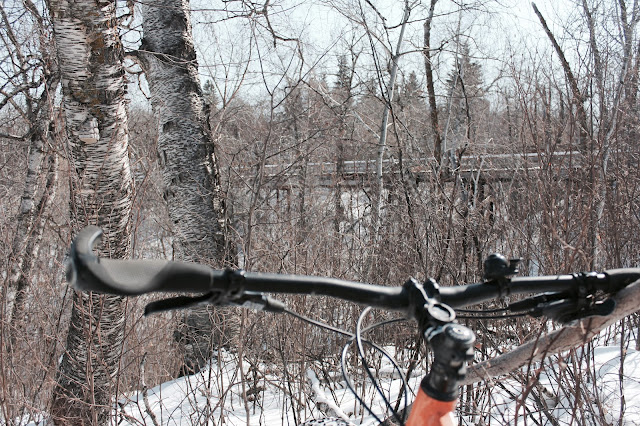