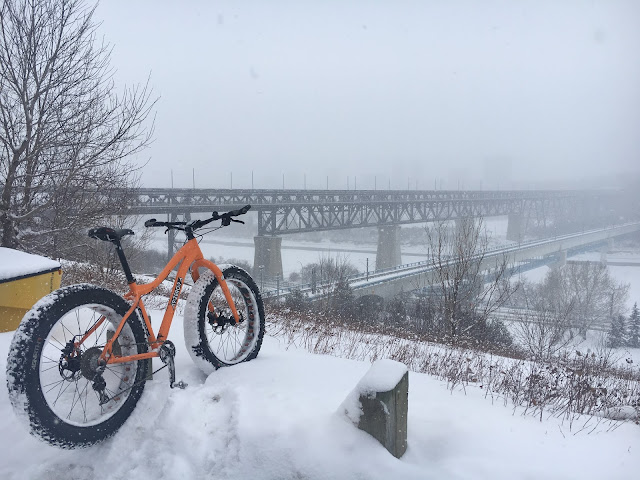 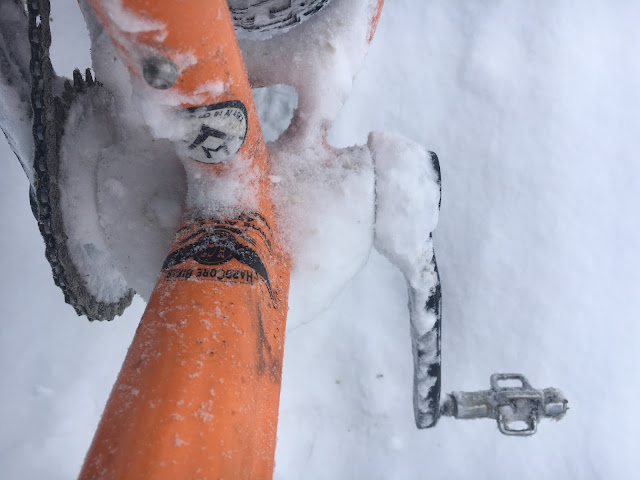 I remember hearing a story about a guys neighbour shovelling his driveway one year during a major beginning of March snowstorm when the neighbour said to my friend "You know what about March, it comes in like a lion and goes out like a lamb!" He then laughed at his stupid comment. I asked the guy if he grabbed his neighbour and curb stomped him for the dumb white guy neighbour comment. He wanted to but the guy had a family, plus they were neighbours so...

I don't know why I just typed that paragraph but today was a very typical beginning of March ride. A massive snowstorm that was supposed to come earlier finally showed up blanketing the valley in an unreal scene. It was quite awesome to be down there today.

As expected though even with a fat bike things were quite cumbersome to get through. I didn't even think of the singletrack and rode the multi use from Kinseman westward and eventually hopped out and crossed the river. Not in the mood to fight the snow I rode up into town with the intention of doing a Rogers Place pass with a sketchy LRT train follow back into the valley but like yesterday I just didn't have the gusto to do it.

Was it the uncleared downtown bike lanes? Gasp! How dare they! Actually I preferred them covered. It was fun blowing through them on a bike that was designed for doing just that. I could imagine the Twitter-sphere had it's share of complaints though. And if they did plow the bike lanes... My lord. Oh the humanity. 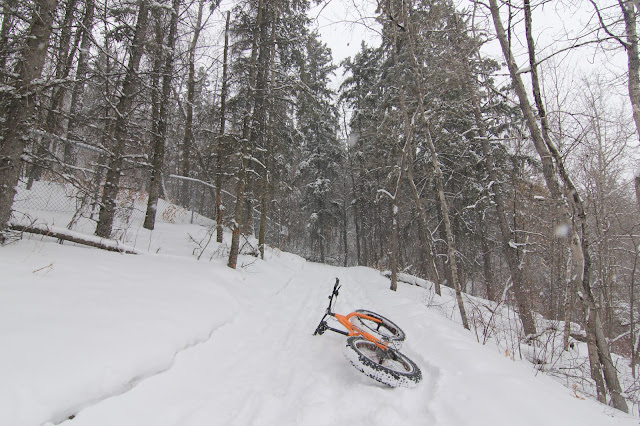