Zero Drive Ride of the Eon 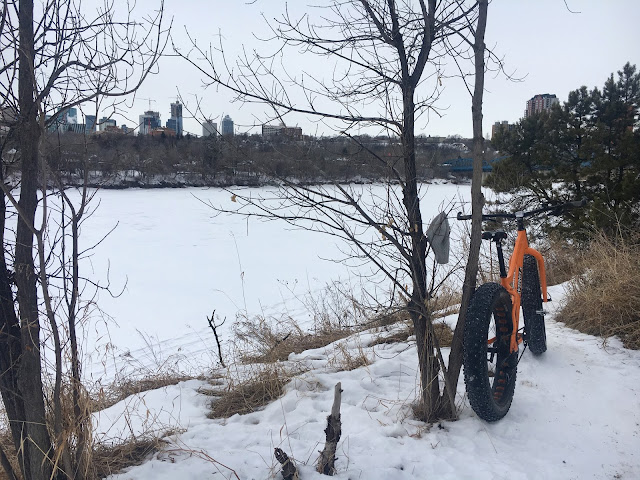 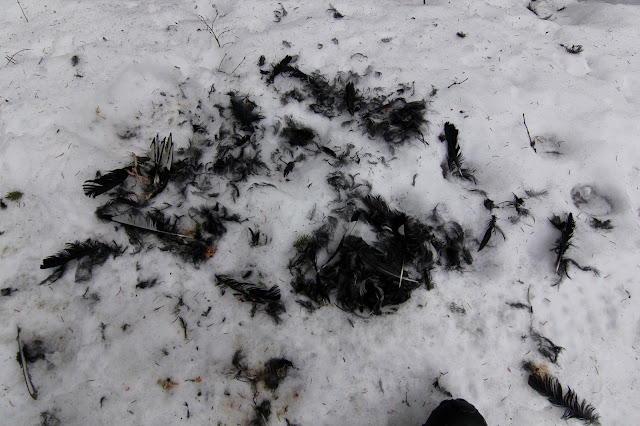 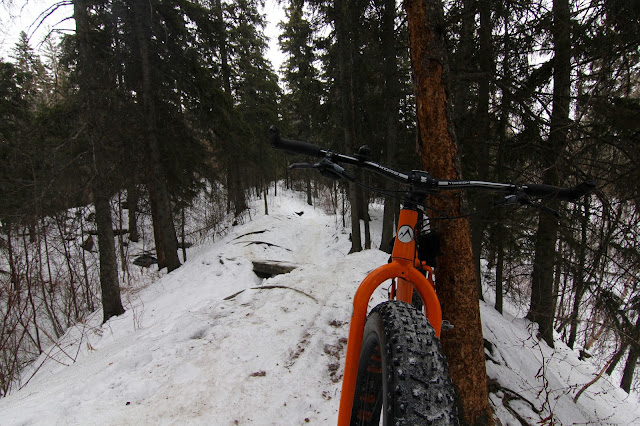 A ride that had big ride potential turned into somewhat of a raw deal as I had no gusto to ride. These things happen it was just odd after a short work week and last night's anticipation for a good long bike ride which at the time was weather permitting.

A rather large snowstorm was predicted to hit last night turning the valley into snowmagedden never even came close to happening. Not a big surprise as the weather people have the easiest job in the world. I'm thinking all that hair gel has wrecked their brains and now the networks let them get away with doing a piss poor job of predicting the weather.

That was only good news today although if it was snowing a bit it would only make things more magical. Which I could have used.

The ride from Mill Creek Pool to a sketchy pock marked Dirty Mattress was good up until Dirty Mattress. That kind of set the tone for the day and I did not really care to be on a bike (gasp!) The cold got to me and I pressed on with intentions of riding to Capilano via the South side river singletrack.

A very iced up lower Ewok river trail was the rallying cry to go have a nice warm lavendered epsom salt bath with candles a bottle of wine and an Enya c.d playing.

I crossed Dawson and went to the warm up shack in Dawson park where I thought I was alone but heard grunting banging scraping coming from there mens restroom. I didn't care to stick around to see if someone was having a health issue. The paraphernalia in the sit down area told me what I needed to know.

The set up for the Red Bull Crashed Ice (is that what it's called?) ruined my plans for my return on the north side. I was going to get pictures but there were already too many fan boys in the area so I left. Plus I just don't care sadly. I'm getting grumpier as I age.

The ride ended uneventfully like a bad Kenny G record. 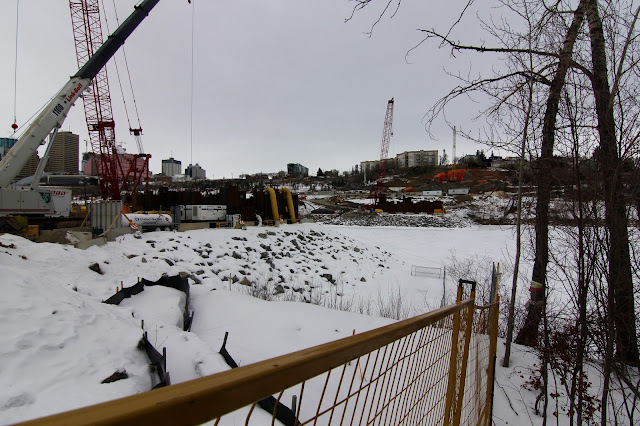 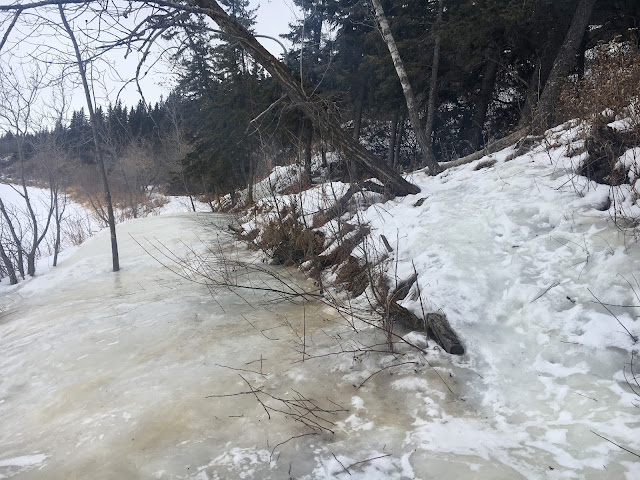