The Call of the Shit Bike Commences 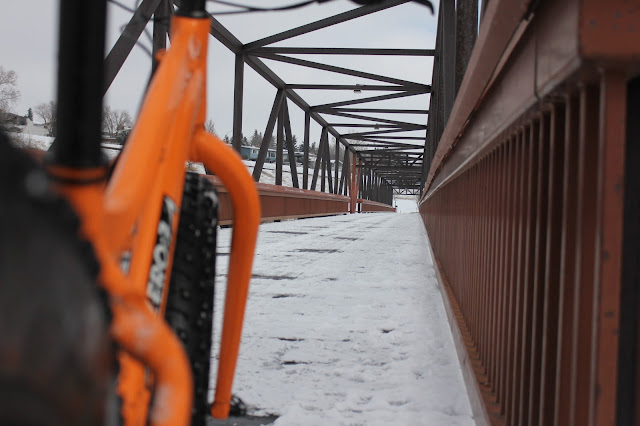 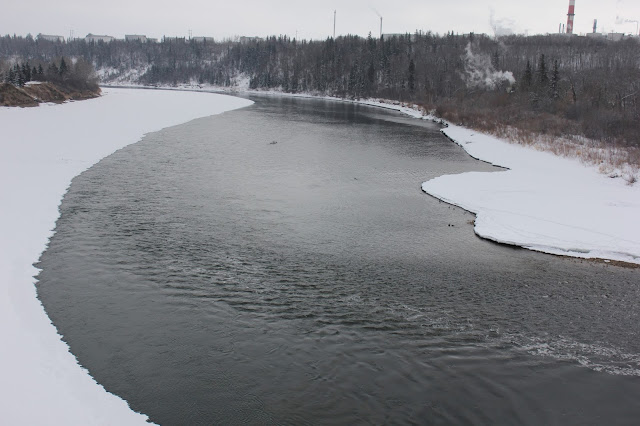 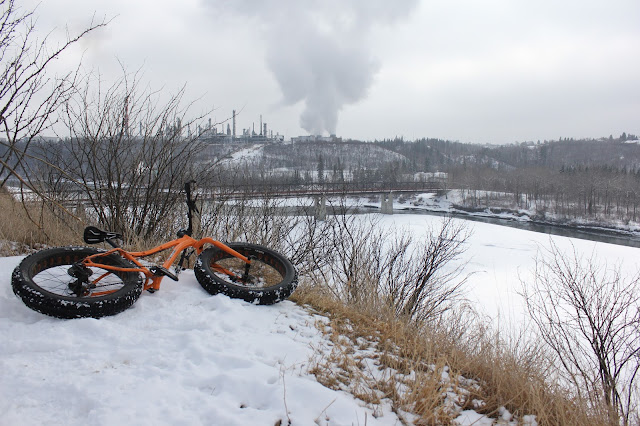 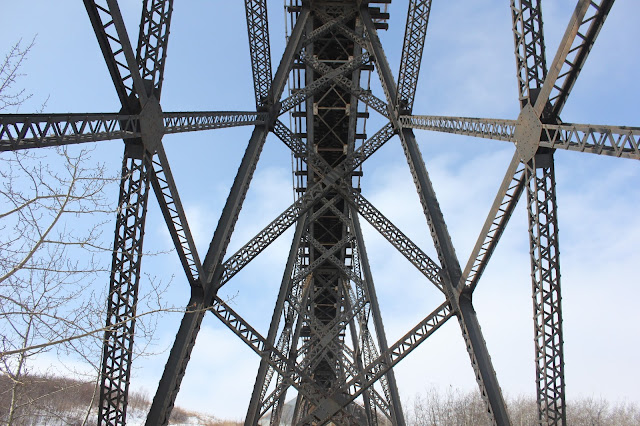 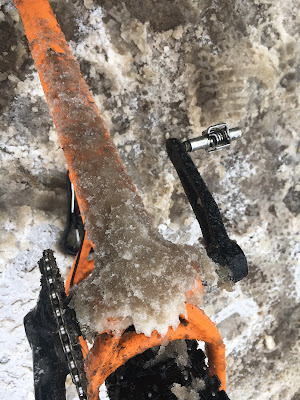 After a rather wet and dumpy snow fall I took a day off to rest a tattered old body after a crash on EMP Blast on Saturday that did more damage than I thought.

Today I went out with low expectations. Much like my wife had on our honeymoon.

Well... anyways. A low expectation ride (*looks around the room for anyone with a smart ass comment.) was had from Capilano Park to a texted destination ride. Something I started where I ask someone to point out a spot in the river valley and from where I started I go to that area. All within reason of course. If the ride today started in Terwillegar I would have not made the trip and got another destination. Cause an end to end ride on the fatbike does not sound like a lot of fun. Well.. Now that I think of it, that would be a fun day.

So brethren member Jason came up with the Sunridge ski area lower trail. Boom. A destination very attainable from Capilano.

From the parking lot I entered MoonRaker and I knew exactly what I expected it to be and it was. Very loose wet snow which threw me around a bit. The trail conditions right now are exactly what fat bikes were made for. The loose sloppy snow was ridden. The only downside was the effort level was naturally quite high. Something I didn't want any part with.

So a few sections of GoldDigger were ridden but I soon bailed. It was all rideable so if you are up for it giver. That was not me today. Or the other person's tracks that I followed and saw him turn around midway through the first section. That sadly helped in my decision to bail.

So paved trails on a fatbike was the majority of the day. There was no reason I could not be riding the shit bike today which is why it is being prepped for a ride on the next outing. I made it to the Sunridge ski area after crossing the Yellowhead highway river bridge but bailed on the idea of riding as it looked like it would be crap.

So paved trails took me back. Time to get the shit bike ready..