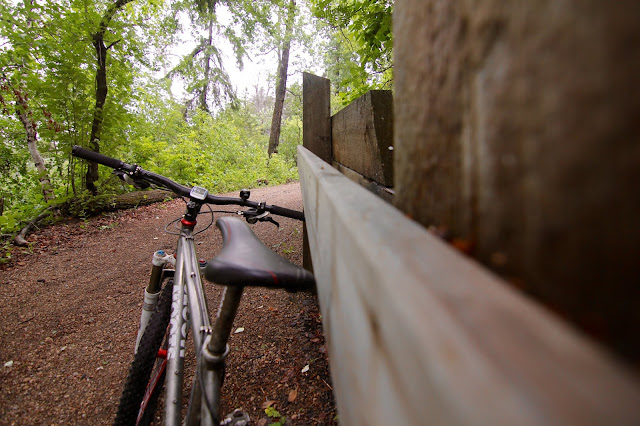 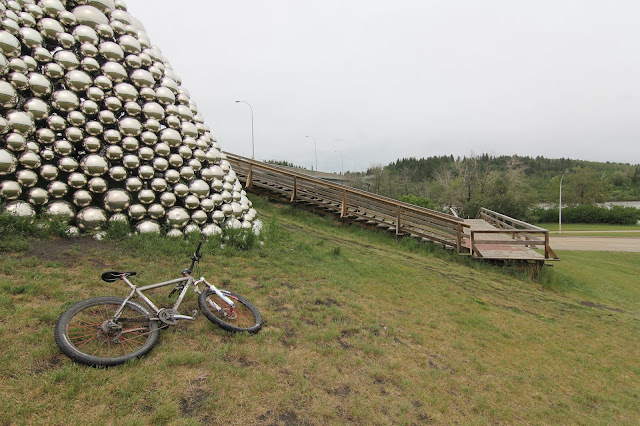 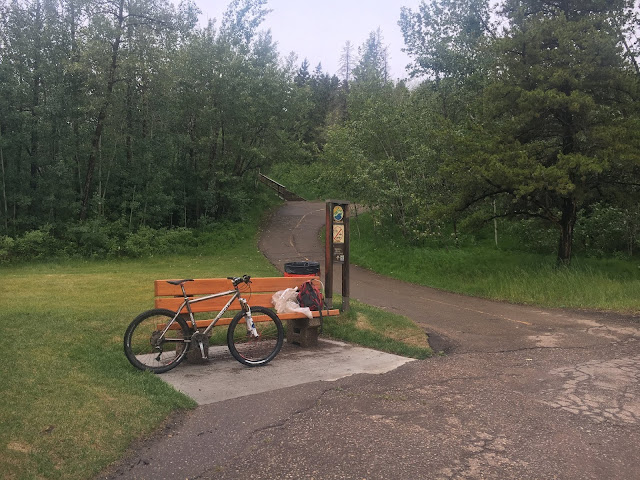 I don't want to be another one of those people that is going to talk about the heavy winds today because if you are in the Edmonton area it was the main weather discussion. 90 kilometre and maybe higher gusts were the order of the day making things a bit uncomfortable on the flat areas as sand pebbles would rocket along and slam into my face. Yes. It was a bit annoying.

The wind did bring the ride to an earlier than expected end as it was a bit too much. The gusts had me come almost to a complete stop on the steep downhills, helmet sliding back and camelback acting like a sail. All the while said pebbles and what felt like small rocks pelted my face relentlessly.

The route from Emily Murphy to Hawerlak and Laurier was all done on pavement. I crossed Quesnell  and checked in on my shiny balls to see if they were ok with the wind. Of course they were. It's the Talus Dome bitches! That big pile of silver balls could handle anything! I climbed up Grandview and remained mainly city/ urban for the remainder of the ride.

Not exciting but still a win over the insurance shopping quest that was coming. 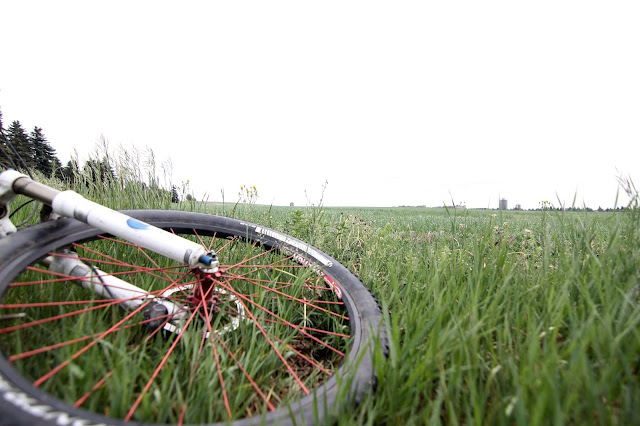