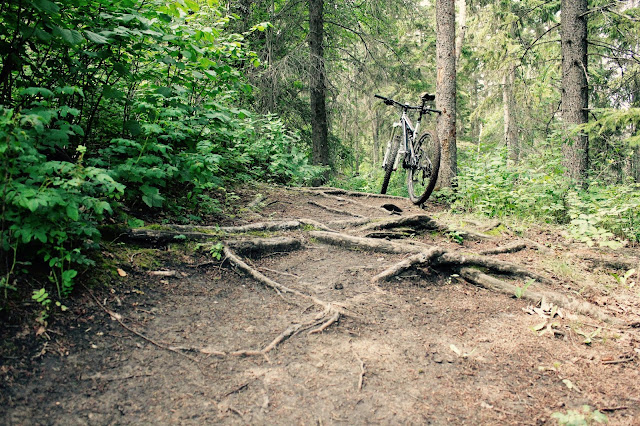 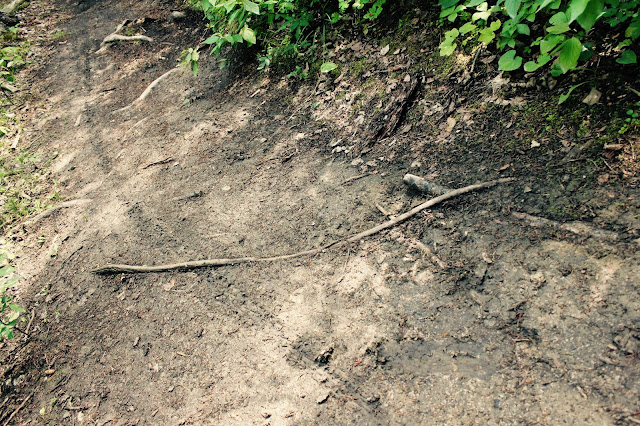 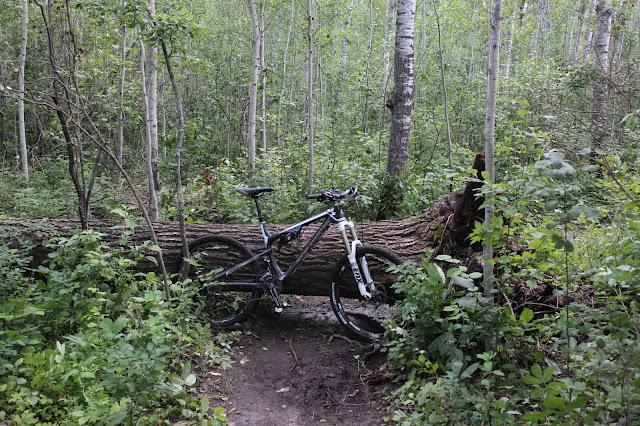 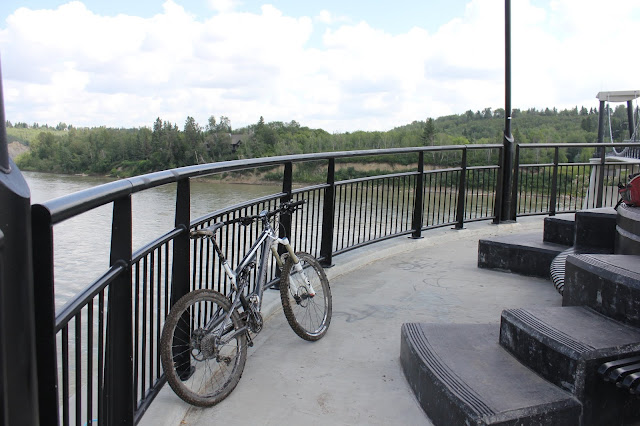 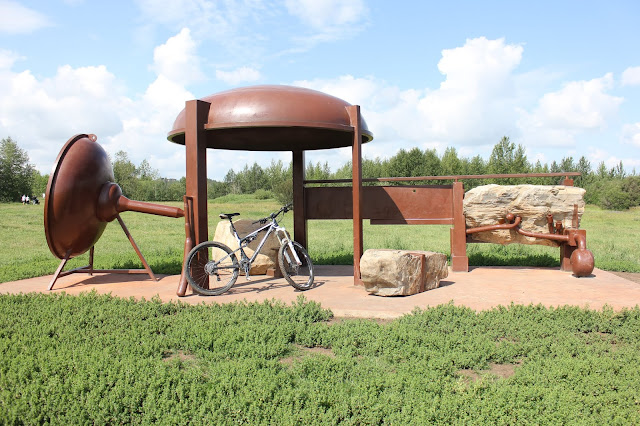 After seeing a few fine chaps coming off singletrack I decided to take the Altitude out for a roll around the Terwillegar area via Staff College. Go trail was entered and immediately signs of heavy rain were there. The trails themselves were wet but rideable with no puddles which made me think the rest of the trails would be ok. Not thinking clearly though as where I was headed was low territory.

I crossed Terwillegars footbridge with the quick thought of riding the log trail in Oliskew and quickly dismissed the idea remembering what it is like and what it would be like in late wet July. The thought of riding log-a-rythem had me thinking of tying cinder blocks to my feet and jumping off the new Terwillegar footbridge instead. I'm sure my legs would be sticking into the mud below with my head barely above water for hours until the last of the small waves entered my mouth and did me in. My body would remain for months in full rigour mortis mode for all to see. Kids would try and throw rocks into my agape mouth. Yes I would be a real spectacle.
The trails in Oliskew were in terrible condition. Looking back I should have turned around but I was already deep and close to Flat Pete when it got real bad so I kept going. The area had everything I don't like in July centered in one spot. Low hanging trees that slap your helmet as you ride. Overgrown foliage that touches your shins. And now as I write this. I have two weird bites on my arms which are getting more and more irritating.

I avoided the return in Oliskew and crossed Fort Edmonton and rode to Firemans thinking it might be ok but was wrong again. Rideable? Yes, but there were puddles all over.

I felt like a shithead for riding all the singletrack and took the multi use home. Please don't ride the muddy trails kids...

Should I spend July on a motorbike? That would be cool wouldn't it? Hanging out at Tims on Whyte. 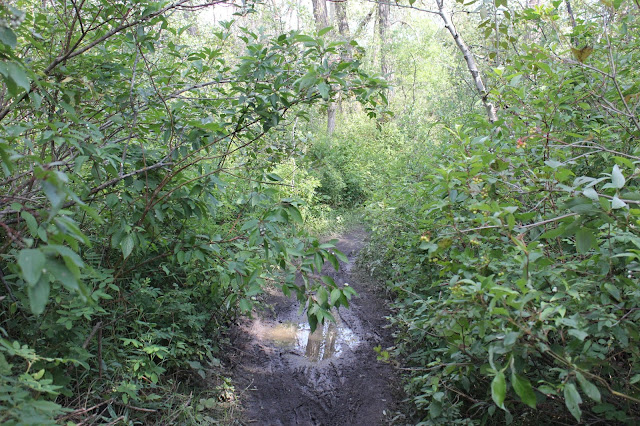 *Angry email disclaimer: No offence to the makers of log rythem. It's just not my cup of tea. Keep doing what your doing and do not be offended. Just remember that I am some douche sitting behind a computer spewing thoughts that probably mean nothing to nobody. Except the ones that get offended at everything they read.
at July 24, 2018