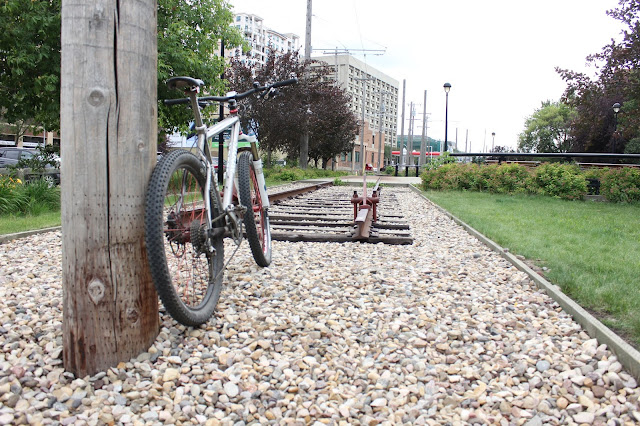 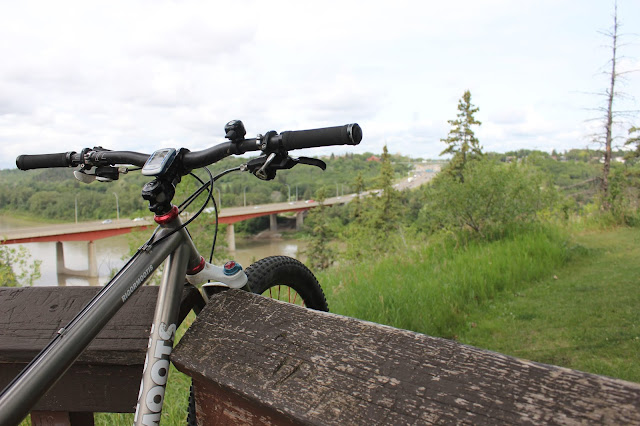 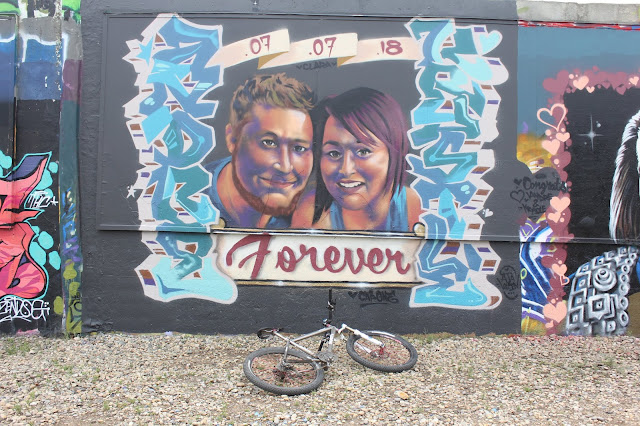 I promised myself that todays ride would not be an ordinary wet trails ride. Today would be special. Today would be a one of a kind spectacle. Today's gonna mean something.

Guys... Today was going to be remembered for the rest of my days. I had a vision of my grandkids and great grandkids sitting at my bedside in my final hour and telling them the tale of July twenty third, two thousand and eighteen. A day that would be known as 'monday, the Epic.'

Well none of that panned out and I rode the usual wet weather route taking me by the LRT tracks and the shiny Oilers hang out. Yes there were plenty of sketchy people in the area, a bit more than usual. I realized my heart is quite small and had a small child who was with his obvious confused mother who was in the area for a walk who saw me and ran the other way. I didn't slow down and wasn't in danger of hitting the kid. I just don't ride too slow in the area and the child tripped and fell and the waterworks came a calling.

A quick shoulder check and his mother was on the scene holding him so I knew he was gonna be fine.  So albeit, I'm not that big of an asshole I guess.

I did giggle a bit when he fell...

Oh Ken.. There go another chunk of readers..

I did stay off the trails as it has been quite wet. The entrances had signs of slop (see bottom picture) so I stayed off, although I did see a couple guys coming off the singletrack and they looked remarkably clean.

The thought of riding through overgrown trails with your shins and face being pelted with tall grass and branches has done me in. Dry or wet, I'll now take that paved trails. Just getting out for a spin is worth every penny exhausted in doing so.

The ride from Capilano and up through the sketch, Rogers and back into the valley after a glorious Walterdale crossing was fairly uneventful (except for the child taking himself out of course as he ran away from me.) Ugh... man. I should have stopped and asked her if he was all good.

I rode the southside of the valley back and climbed the deadly climbs it possesses. I'm sure nothing for a seasoned roadie but for a guy who rides a bike twice every three weeks it was a bit of a challenge. The challenge was even worse as midway up to Forest Heights I saw a couple mid sized middle aged ladies dressed up in work clothes with their work placards draped around their shoulders and I feared for myself..

The oncoming perfume scent shock and awe was going to be off the charts after I passed them.

Once I passed it wasn't just a scent. It was a lifestyle choice that they decided the must go with. Breathing heavily cause of the climb I focused on getting away and like a trooper, I made it.

I stopped at top and gathered my thoughts. My wits.

I pulled my shit together and rode home. In the end. A fine day on the hardtail. 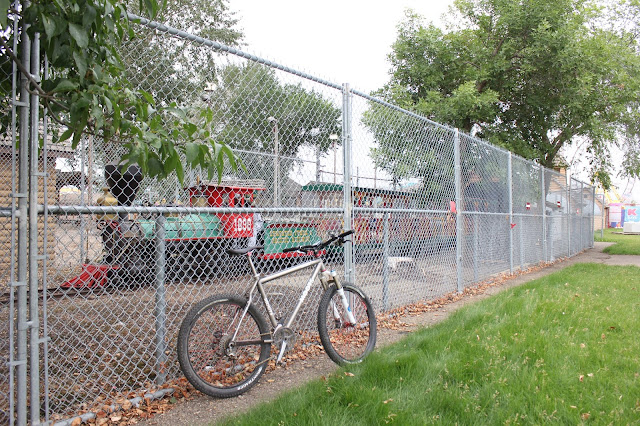 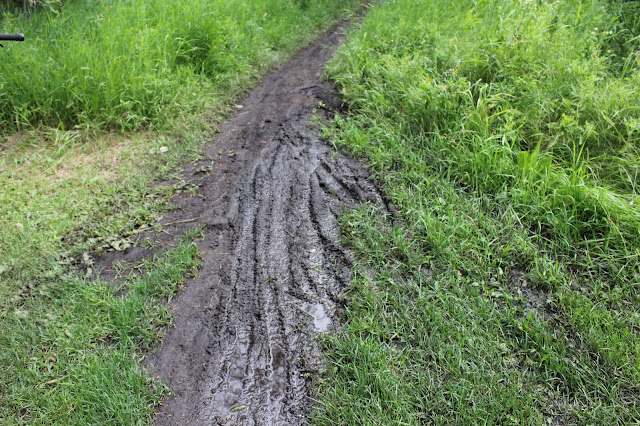