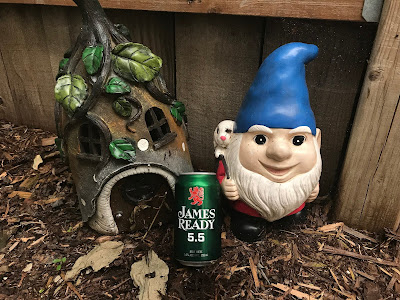 A day off early from night shift to help me kick back into normalcy is not a bad way to end a rotation. Simply put. I should be working tonight but instead am drinking beer and writing about it on the internet.

James Ready comes from Moosehead Breweries located in Saint John, new Brunswick which was started in 1867. For Canada that is pretty a pretty old brewery and the inner beer geek in me wants to take a trip. Wait a minute.. I can travel to the east coast United States for cheaper? Well maybe if Canadian airlines all got their act together more time will be spent in the country when on a voyage.

The test team all together opened and poured this one into the classic beer review glass and it showed a golden beer which has been typed about on here probably a hundred times. It was golden, it looked refreshing. It looked delicious. A small head of one and a half fingers showed but didn't stick around and eventually it turned into a half moon of undead suds resting on top.

The first sip was everything a true lager should be. Cold (well I guess that was up to me) crisp, refreshing. All that combined to make the start of these days off all the better. Gotta be honest, getting notes of anything from a lager is incredibly hard. It's lager and it's simple.

This one ain't crappy and I suggest you find it. 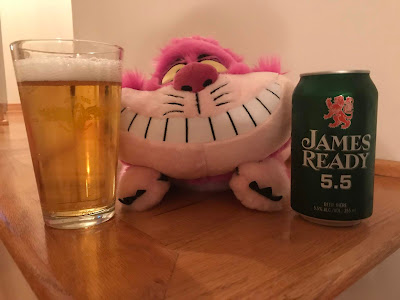