Fort Saskatchewan in the Fall, Bitches 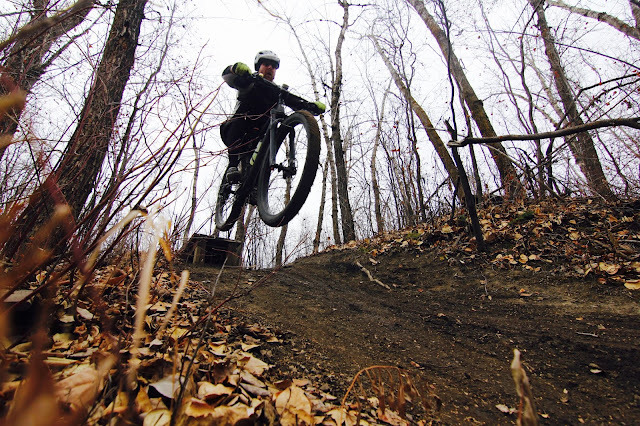 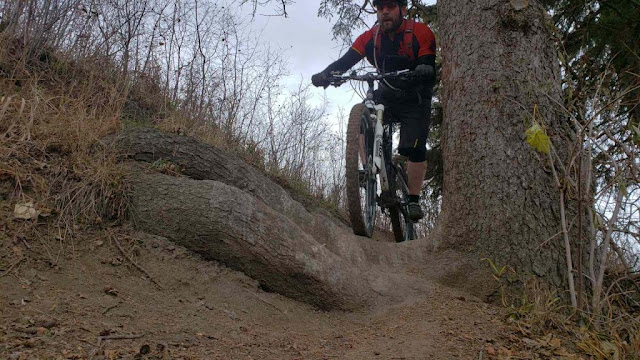 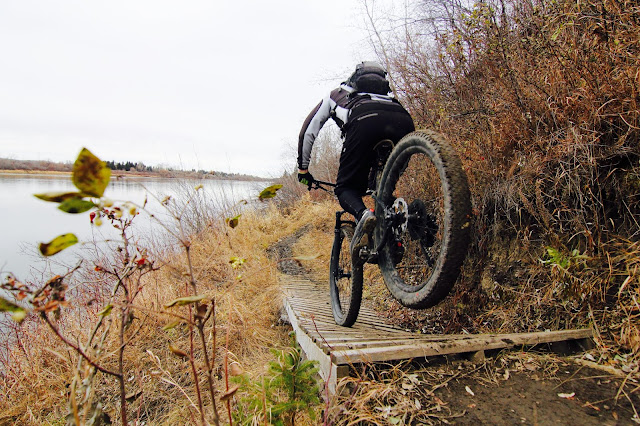 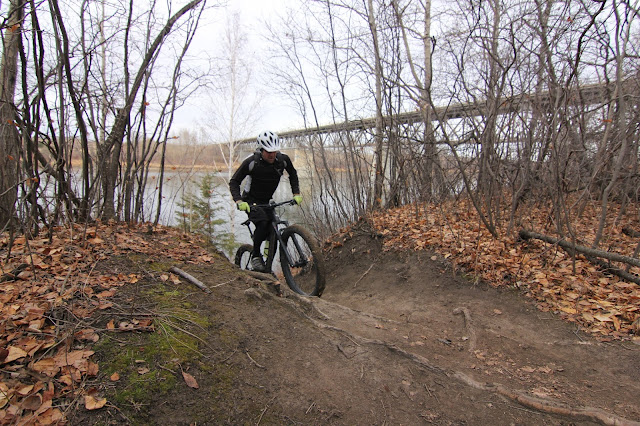 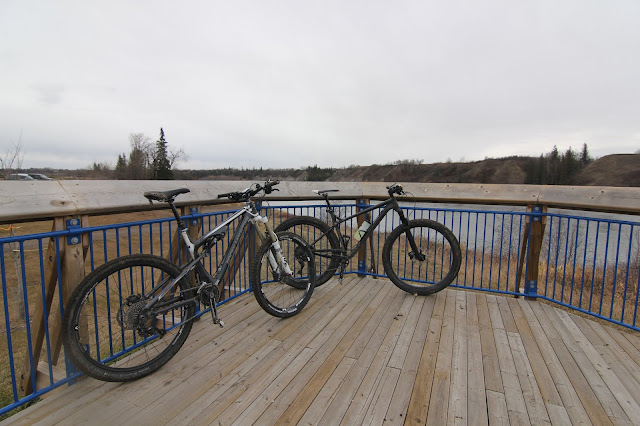 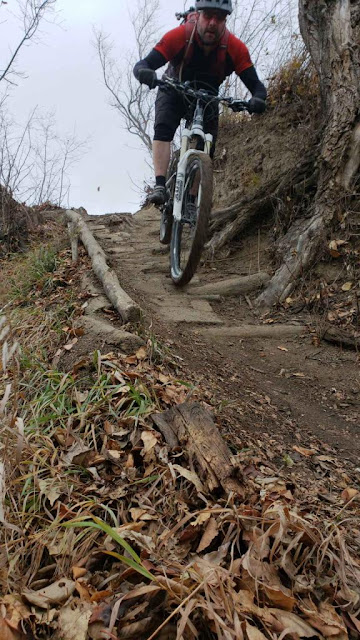 A Meet up with the original Brethren member Gord... Wait a minute.. Is he? Yes it was him. An awkward MTBR meet up in the days when complete strangers would meet up alone in the woods together. I mean what was I thinking? Luckily though, Gord is not an axe murderer and it turned out to be a good meet up as still in two thousand and eighteen we are still rolling together on mountain bikes.

Jason came a round about a few months or so later in the Fall. And Kent... Well he joined oh man. A few years after, thats why I only have him for t-shirt giveaways down at Lonebiker headquarters. Bah ha ha ha ha!

So Fort Saskatchewan was ridden in the late Fall. I stumbled about over the simplest of trail features meanwhile Gord had the Superhero cape on and made 'difficult', his bitch.

The trails were ok. Some tacky awesome, some dried out root goodness, and some areas of absolute dumpster fire grease which quickly made your bike unsteerable.

In the end, a very Fort Saskatchewan ride. Very typical of all the rest that have been in short. 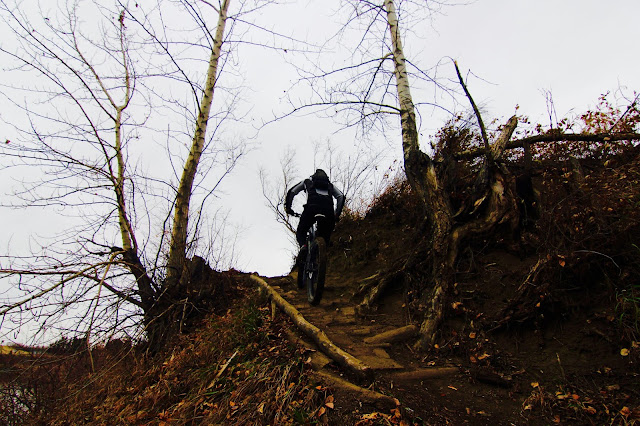 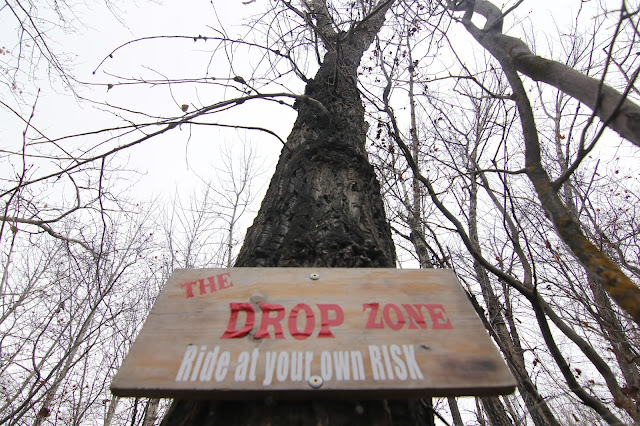 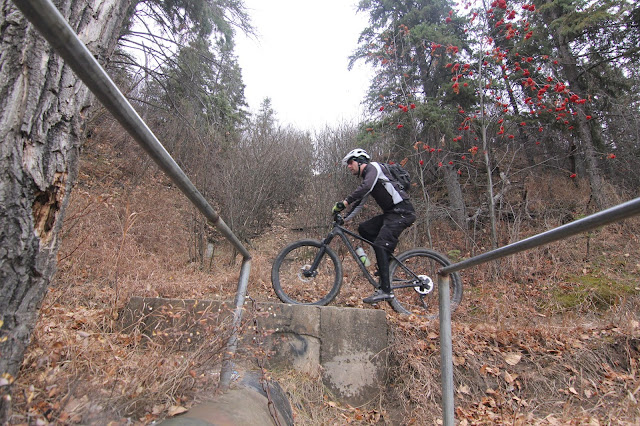 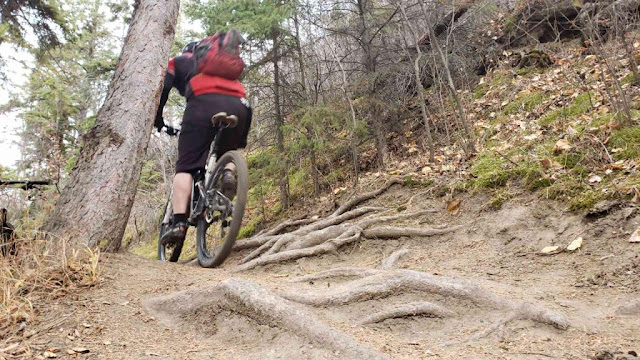 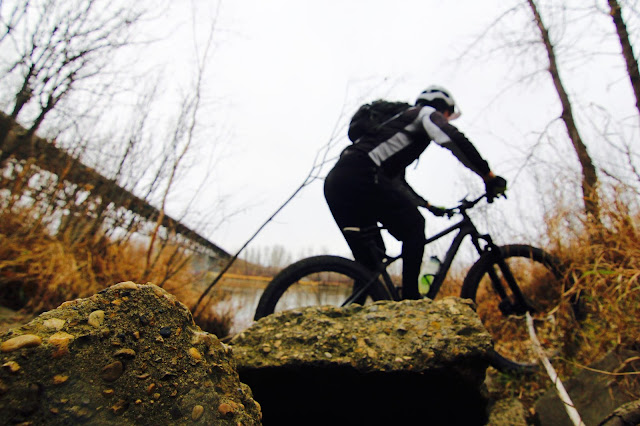