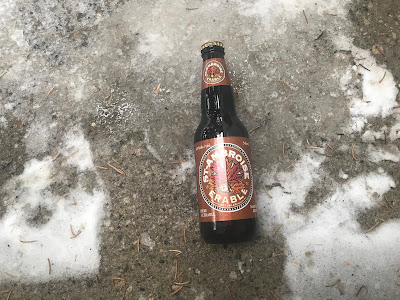 After a shitty few days of lack of riding it looked like today was going to be my redemption. It all started when a ride on Saturday came to a screeching halt after my derailleur cable had finally taken itself up upon the sweet path of death. What was shaping up to be a great ride and subsequently a ride on Sunday with a long lost brethren member turned into nothing. An attempt by myself to change the cable proved to be the disaster I had expected.

I suck at fixing bikes.. Been 20 something years and many attempts in vain.

The half ass "big bike cleans" that always warranted some sort of mechanical issue in where a wheel will go flying across my basement and crashing into a wall followed by some enraged yelling.

So with Kent throwing his cape on I had the bike over at his place and I watched in Gobsmacked fashion as he fixed the problems I made and had the bike running properly within an hour.

Today was designated ride day. All was great until I went outside after not believing the weather network phone app calling for freezing rain and finding it raining cats and dogs (I'm so sorry p.e.t.a) so I sat threw the idea of riding out.

So I stayed home safe and sound and started cleaning up to impress the chick I live with. (typed with Rayban sunglasses on.) The cleanup ended once I saw the St-Ambroise Érable peering out from the back of the fridge I knew what was happening. The clean up was suddenly replaced by some good old classic Monday afternoon boozing brought you you by freezing rain!

I poured (cause I was all by myself) and it gave me (the photographer, again cause I was all by myself) a beautiful image of a darkened festive beer that will pick up my biking blue ball spirits. A two fingered head cause of the perfect pour (it was all me baby) pandemonium from the small crowd of people that had formed in my room once they heard a beer review was going down.

The first sip was met with a hard motherfucker of a bitch slap across the face full of Canadiana. Hell ya Quebec! You know how to brew a good Canadian craft beer. A strong but tolerable showing of maple with the usual suspects in a good craft beer, Caramel, toffee, brown sugar and some delectable earthy hops. I can call this a Christmas beer as it seems to have everything when you shut your eyes, sip and fantasize. Yep, that red suited fat bastard is right beside me doing jello shots. 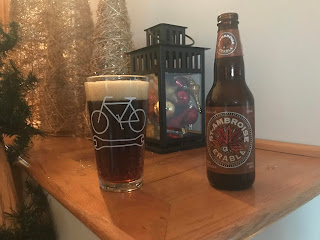