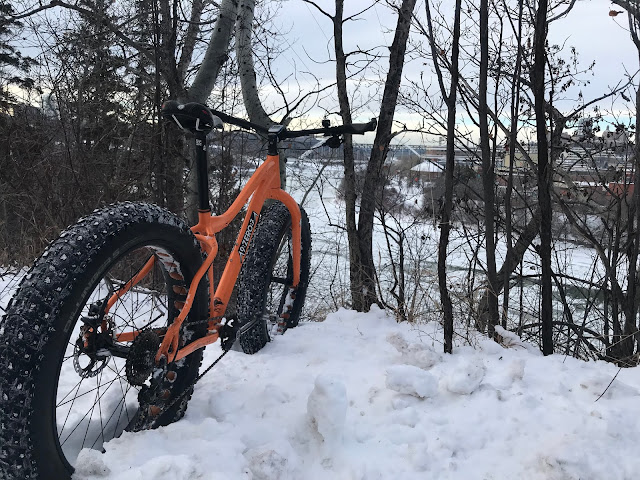 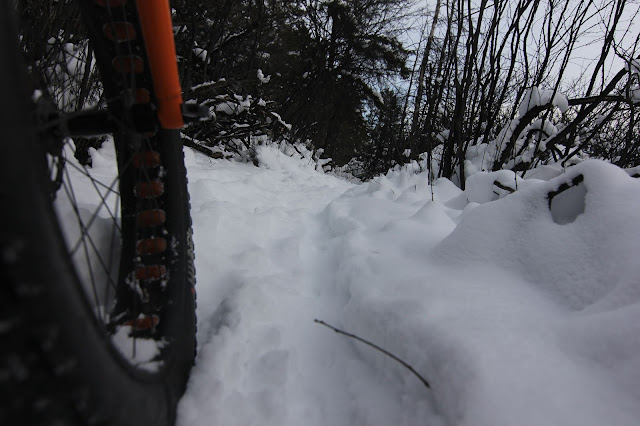 After bitching incessantly last set of days off about fat bikes pretty much being useless it appears the Winter Gods overheard and gave a powerful Winter blast to the Edmonton area. None of this is news to you if your local but for the ones who come here from out of the province the snow fell pretty hard last weekend when I was away for work.

The Instagram posts got me excited for my return and the snow did no disappoint. The start from Old Timers into the Old Timer trail systems had things packed down reasonably well. I stayed away from Gnome trail and took the regular trails to the mighty Dudley B Menzies bridge and crossed and punished myself on the paved as I rode the stretch of River Valley Road.

I finally got retribution and climbed (walked) up the side of the former museum and soon found myself on Lovers Trail? Is that the name? I thought it was Groat Road Rollercoaster? When did the name change and why do we have to name every single trail in the the river valley? *intern leans in "it's probably so people can identify trails to ride and communicate that to others..."

I did fire that intern immediately.

The trails on Lovers Trail or whatever it's called were a tad rough due to lack of traffic. It was rideable for the most part but the steep climbs were quite challenging. A few other fat bikes were on it before just not enough to really pack things down.

The same can be said for Victorias Secret. Lots of loose snow which if not careful can really toss you around. The big tires proved their weight in gold on the trails and instantly today I regretted all the bad things I said about fat bikes.

My bike ruled the roost today and it was pure joy.

If your on the fence on getting a fat bike make yourself a way to get one. It won't be a winner everyday but is still fun to ride and when it is extra spicy on the snow front. They are more fun than seven midget hookers, a slingshot, and a pound of cocaine. 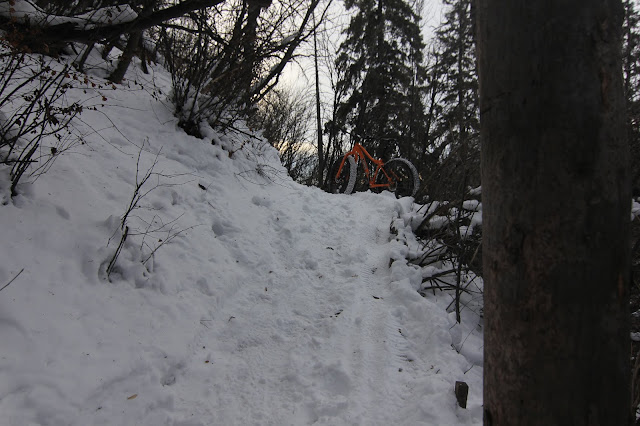 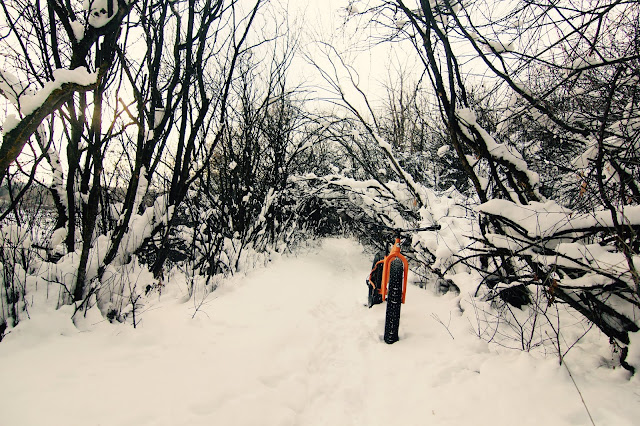