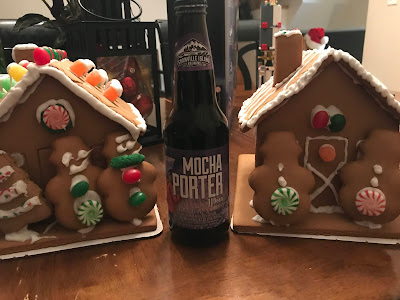 The first Beer Friday of a new year always makes one a happy contempt person. That is the ones who are into the blogging beer reviews. So how about the ones that are into the bike riding and post bike ride blogging? That shit won't be happening. Home from work and facing a slight touch of the flu has things in dire circumstances. With a possible early return to work this short week home will most likely be bikeless.  Which honestly is pretty depressing to think of. Thank God there is beer.

Too sick to ride but good enough to review beer. I guess things could be worse. Granville Island has been on here in the past. This British Columbia brewery has been in operation since nineteen eighty four. The same time I had discovered Mary Anne from Gilligan's Island. A perfect women who does it all and has the charming personality to make an eight year old Lonebikers heart flutter. Not like that bitch Ginger!

We poured and a little bit too much head formed on a dark American Porter. It wasn't the beer it was the pour that was at fault. I quickly performed a roundhouse kick to the one responsible and he left the room and made straight for the hospital. The head stood on top of this one for some time making me nervous. Slowly it whittled down and a first sip was had. The alcohol seemed to warm you up the way a puppy does when it wants to sleep on you on the couch. Definitely strong coffee is in the taste as well, dark chocolate and anything else that is good and dark. This is an easy drinking beer that one would want on a January night while reading a novel and eating leftover Christmas snacks. 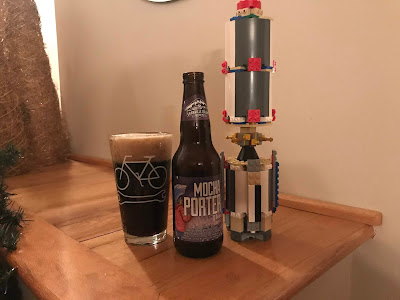