Another long wait in the parking lot as I fought it over in my head. I had the perfect excuse which I would have told nobody but myself which would have made me feel all better. You know.. So I could live with myself later in the day.

I did make it on to the trail which prompted all the Lonebiker interns to show up and start preparing the blog for the ride post that would follow the bike ride. You know, downloading megabytes, setting up a good proxy for space communication. That kind of shit. Computer stuff kids. It's complicated.

The ride from Kinseman to the Quesnel had good singletrack intentions but riding the loose sugar that they called snow was quite messy. It got real bad on Six Shooter where there was little to no traction. I lowered my psi on the tires but it didn't seem to make a difference. I had intended to ride Machete and Raven but given the trail conditions I stayed away. Lack of riding and lack of confidence were the factors in that move. I'm sure the trails are fine in those areas so use your best judgement.

I looped over the Quesnel after ignoring the shiny balls probably for the first time ever. Laurier and some crazy dog walking bitches from hell took me home. Thank you Lord for headphones cause they did their jobs quite well today. 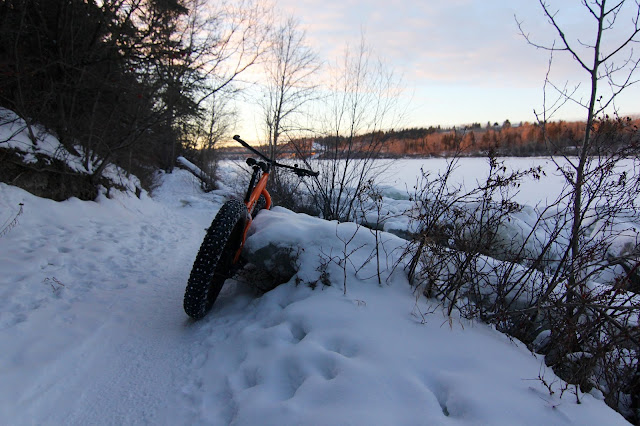