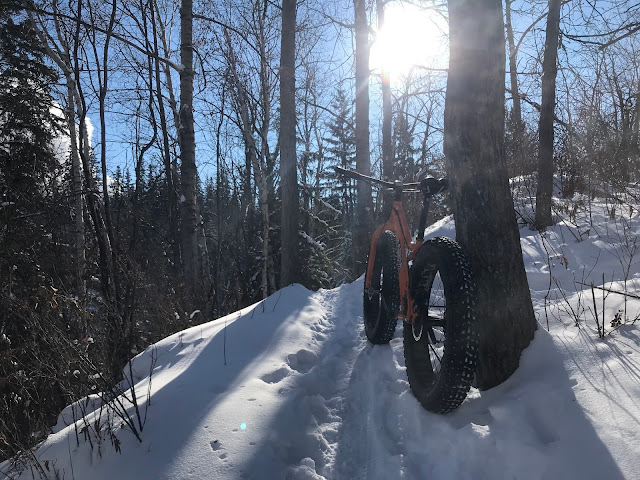 A ride in the Eastern side of the valley for a change and it ended up being the best ride of the year so far. Shitty conditions were prevailent especially on Hustler (tee he he.) Why do I love the fact that this trail shares the name of a smut magazine? Is it the tradesman in me? Hell ya kids!

It was short and started with a wipe out all thanks to the sugar snow brought on by the shitty cold we have been living with. Was it MoonRaker? Fuck me, I can’t keep up with the trail names. I should be a good ambassador to the valley and get my shit sorted out. Hold on a second...

Hell ya! It was MoonRaker! Man I’m awesome to know that right?

GoldDigger was out of this world amazing. Lot’s of traffic on the ski trails so I behaved and showed them respect and yielded. Followed by a friendly wave. I hope you all do the same. They were there first after all and if they are grumpy like me they probably don’t like the new intruders. Well that trail has been there for a while now so I’m sure they are used to us now.

Hustler was tackled and the thought of bailing came across my mind several times. Not much traffic and loose snow made the punchy climbs quite a challenge. I did take one for the team and rode it to help pack down the trail somewhat.

Wow. Listen to me gloat on here...

The short 8 km ride ended after MoonRaker again where I took Sideline back to the Jeep. Amazing conditions on this amazing trail ended a great day. It’s a travel work day tomorrow but the temptations to ride in the morning will be strong after todays amazing singletrack orgasms. 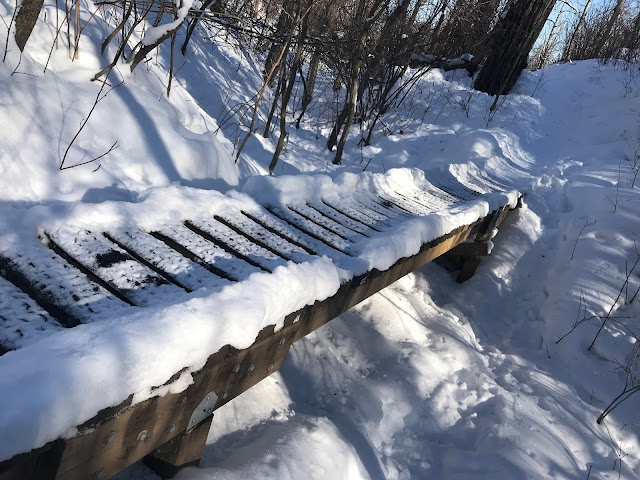