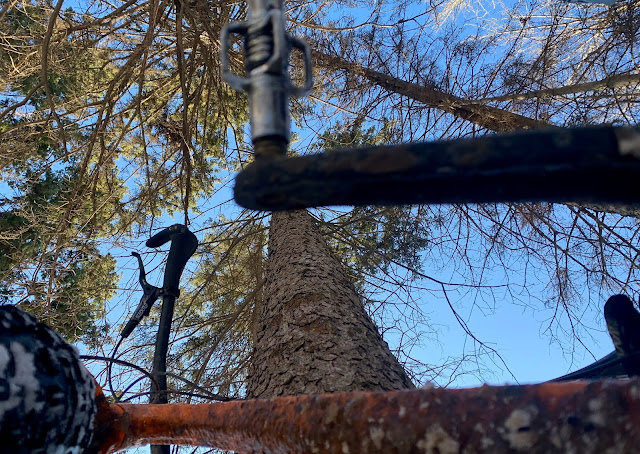 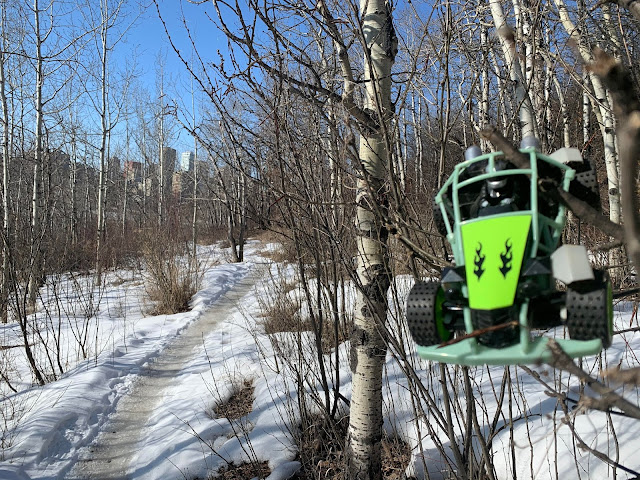 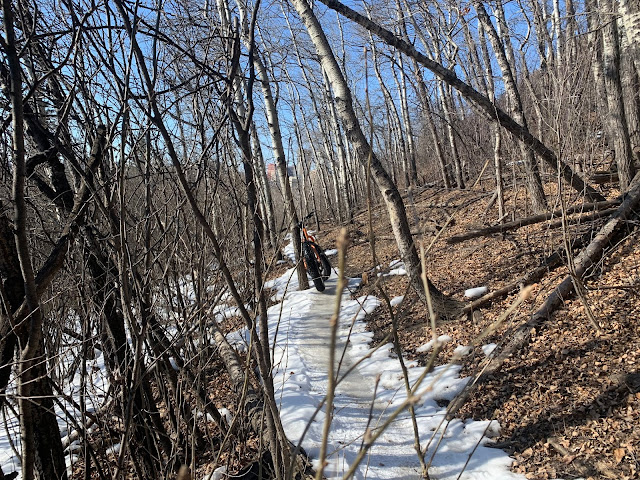 Yes I am still naming rides after Alexisonfire songs, we at Lonebiker figured this was the best name to use given the current state of things.  I'm sorry, are you sick of hearing about this? I sure am. Lets talk about bike rides instead, much better.

*intern leans in "didn't you just have a Corona beer review?"

"Pack your shit and get the hell out of here!" I yelled pointing towards the door.

So it was old school Mill Creek. The same spot I have been parking in for twenty something years. I swear I should purchase one of the houses that run along the street, but I won't. The singletrack was all ridden as per the usual Mill Creek visit. In the open treed areas ice laced the trails making things a bit challenging.

The multi use trails especially were quite busy. It was not just regular river valley folk down there as the reactions towards my bike from a lot of people screamed 'first time ever not going to a mall or Costco.' A lot of these people have never seen a fat bike and did not know what to do as I approached and wanted to pass.

We all know why these people were there. No need to bring up that subject again.

I had her thrown out by my trusty bodyguard Sven.

I stared at him waiting for an answer.

"Sven!" I yelled as I made eye contact, and yet another intern was thrown out of lonebiker headquarters.

Sorry guys.. I really go off track with this intern shit don't I? All in, the ride was a bit frustrating. I had run in's with people on the trails which was partly my fault but still...  One was entirely my fault as I stood in the middle of the trail with headphones in looking at my phone wondering why I'm getting countless phone calls from out of the province.

The other. A guy in a Range Rover with his window down rolling up to me slowly after he backed out of his driveway which literally parallels the start of Gnome Trail. You would think he would be used to bike traffic but the homeless would be a problem I guess. With my Spring beard the homeless look has descended upon me but homeless people don't ride fat bikes with bike gear and helmets. A quick "Can I help you?" as I looked up and made eye contact with him and he immediately sped off.

I like to think my badassness is what scared him.

"Any more interns got something to say about that last sentence?" I yelled looking around the room.

The ride from Gnome took me to the LRT bridge where I crossed and returned back via Walterdale.