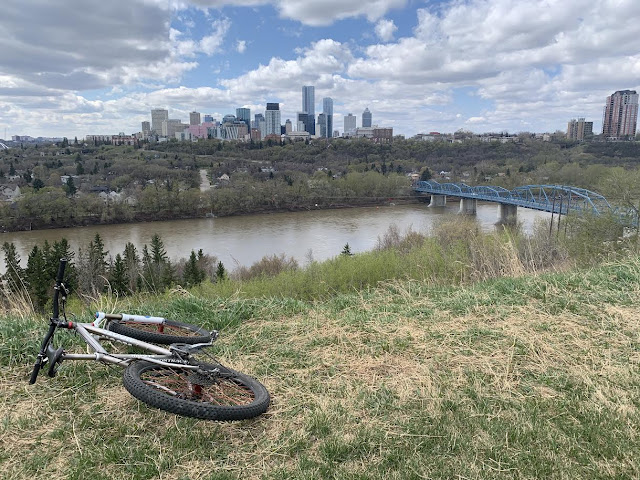 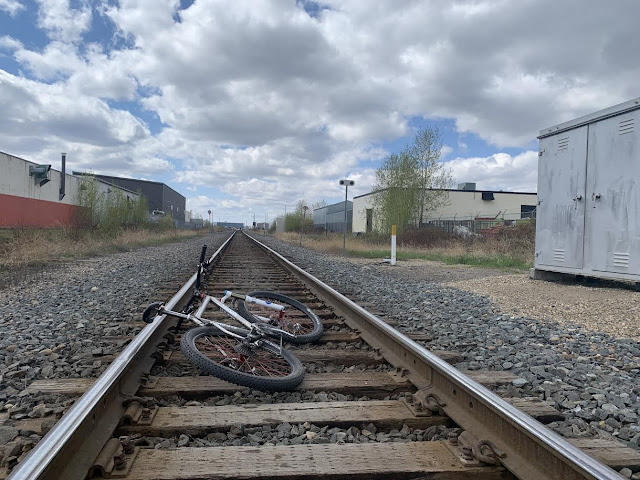 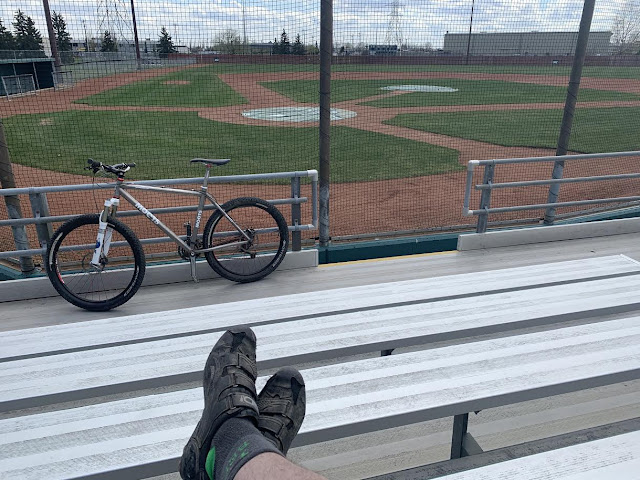 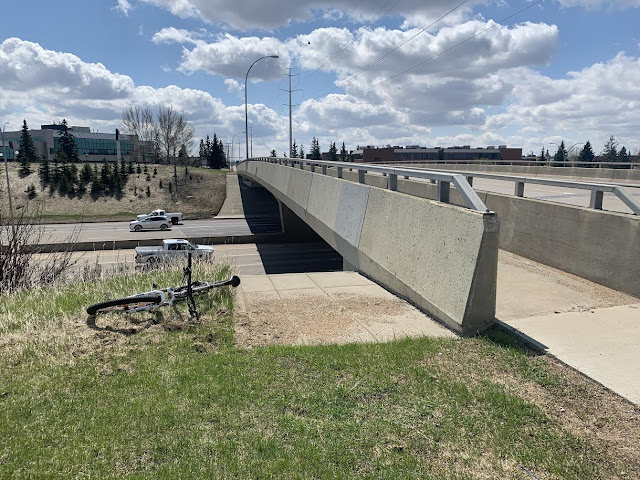 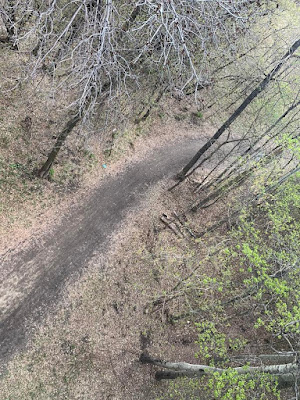 It was when I pulled in to the parking lot of John Fry Park when I received a text from a prominent Edmonton cyclist. Why, a brethren member of course! Letting me know the trails are good to go. He just finished up in Fort Saskatchewan, My plans were much different for this afternoon after a bunch of rain rolled through yesterday making me think the trails were in no shape to ride.

John Fry park. I have never been here other to use the toilet prior to numerous visits to my acupuncturist last summer. Seemed like every time I went for an appointment I had to limp over to the outhouse. It turned into a weird right of passage on the way to get stuck with needles. The one offering this park has is baseball and a golf driving range. Needless to say this park has nothing for me other than a place to park so I can ride my bikes on the angry streets of Edmonton.

This is the kind of bike ride where copious amounts of agreement is put towards getting a cheap ass gravel bike.

Kids, it must be done. I need another bike. I don't care. I'll get a used one off the internet.

I rode along Mill Creek with a short timeframe as I had plans with my two thug children to go out and find a Mothers Day gift as the day is approaching quite rapidly.

The best part of riding bikes is the stuff you see where you always miss in a dumb car. The smells, the noises of the neighbourhoods. Some good, some great, some pretty bad. I rode by Ritchie School <link!) and saw the demolition. Reading the news of it's demise on Twitter was quite sad, I understand why it had to go but it's a shame it had to be that way.

The ride also took me by three former bike shops that once had their flags raised high and proud. The most recent one was Giant bikes which didn't come as a big surprise. Coast Bicycle on the southside was the shop where it all started for me in ninety three (I believe.) It was weird being in that parking lot again thinking back to those days. Those guys were the ones that blossomed me into my love for riding bikes. Lots of rides in the valley with many mountain trips to Jasper were had with the owner and shop faithful. They were a great group of guys and am glad they let me tag along.

River Valley Cycle's original location was stopped in for a pic as well. In the beginning I had a love hate relationship with the shop. It was more of a riding epicentre which had lots of people with big egos and expensive bikes milling about daily. They moved to another location which burned down in a huge fire and opened up again in a strange location in an industrial park type area. They went into receivership and oddly me Gord and Jason all showed up at the same time without telling each other on a Saturday morning to look through the windows after reading the news. I'll never forget that.

I planned to ride to the river and back but used the top picture as my river visit as time was short. I wanted to dip a toe in at least.

In the end what should have been a boring ride was quite terrific. The first ride on the Moots for the year is now in the books.