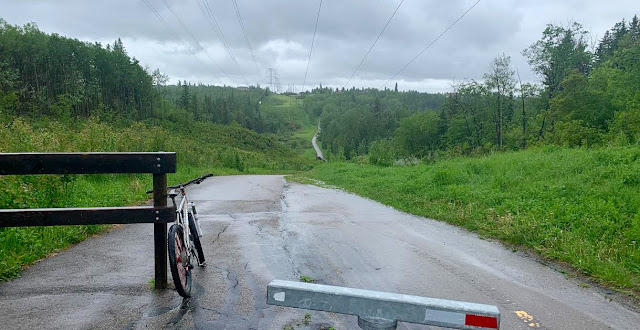 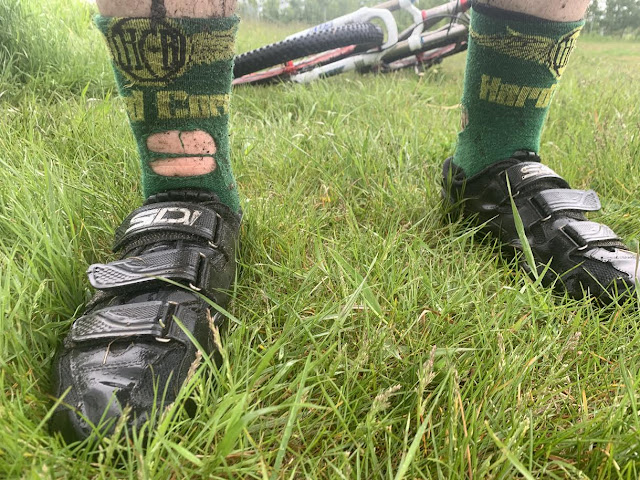 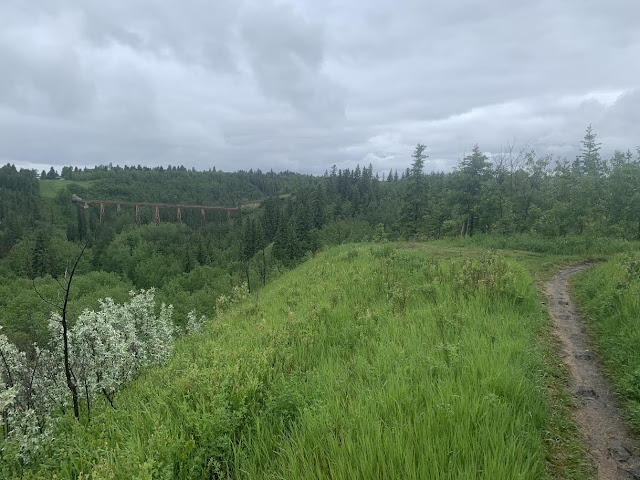 For a mainly paved ride it was a short one but still a victory as I could have been on the couch or way worse hanging out at a Costco. An obvious wet weather ride done on the newly geared hardtail which will test the higher limit gears.. Is that what they are called?

Oh man. This is so embarrassing. I have been riding bikes for over 25 years (I think) now and I cannot think of what that gear ratio or range is called.

Fuck it. I rode paved and put the hammer down and was happy with how it felt. I could use a bit more  power to be honest as I felt I was stalling out on pedal strokes at high speed but it was minimal.

The ride from the LRT tracks at Heritage into Terwillegar Park aka "WhiteyVille" and across that slick new bridge into Oliskew. I took the Fort Edmonton paved and passed pictureless by shiny balls. I climbed out by the Savage Centre and rode through the Uof A field (I'm surprised they didn't charge me! Boom!) and through the dangerous streets of Edmonton off to the side of course.

The ride was fine other than that damn hill. You know that hill I'm talking about?

That hill... That hill coming out of Whitemud ravine heading towards the river on the paved paths from the Heritage LRT station.

That hill is not of this earth and I am convinced it came straight from the centre of hell right from the clutches of satan himself.

Well... Now that I think of it I guess it's not that bad.

It does suck to climb as it sucks the life right out of you. and as you come around the corner hoping for some relief you ascend some more. Your lungs don't get a moment to settle down as you think you crested the hill the trail still climbs ever so slightly until it gets close to the road.

The ride overall? Meh. I still rode a bike today so I can smile at that. 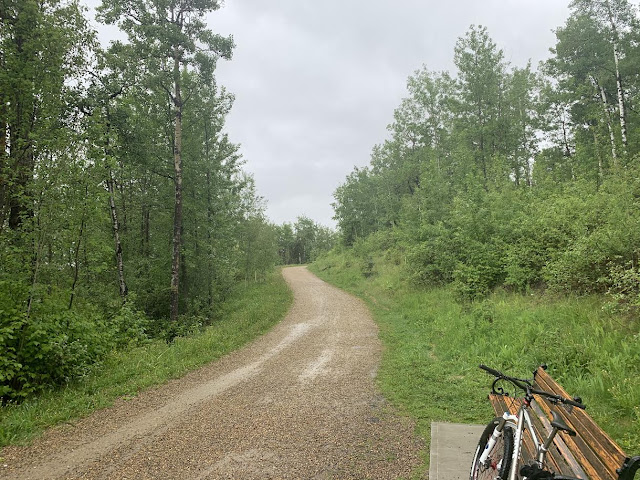 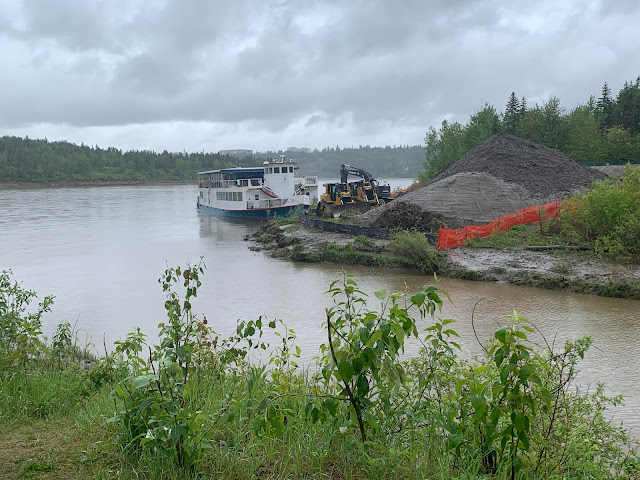