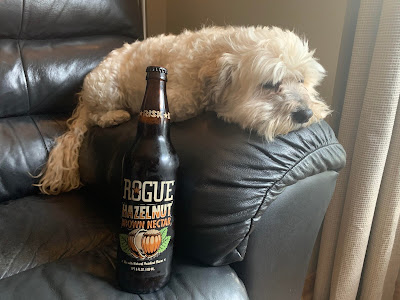 It's Friday. Days off are just getting started, well they started yesterday morning when I got back from the shop from another very slow week of work. With work still being extremely slow I guess it was good timing for shit to hit the fan at home. Three pets died in the span of two weeks amongst some big developments with members of the family have made things quite challenging.

It started with the death of Achilles, the frog who was a 49er fan. Yes he was a 49er fan, you read that right. He had a poster in his tank and never missed a game. The frog was old. Very old. It did not come as a shock to anyone when he was found dead one day. The second death was Lonebiker Jr's pet bird which we are not discussing cause that was fucked up, Oh how fucked up was that...

The third, well you probably read it on here, unless you just skipped on by because you are a heartless bastard. Our dog Marley. Aka Missy, a name dubbed by my wife. That too was quite fucked up and came too close after the bird incident. Our one remaining dog Mojo now mopes around the house as you can see in the top picture. Well it isn't that bad, he is still the same old guy he was before he just is a tad off now is all.. It's a bit of a bummer when he keeps looking around for his best friend Marley.

Life does have a weird way of piling up with things. These last two weeks have been quite stressful and despite losing pets there are other things happening in close quarters that have not been easy. When you pile on the death of Marley on Monday it was kind of the final kick in the balls we needed. Tack on this covid bullshit on top of everything and what you got is an all out shitstorm. I do know things will be better, we are not a family that gropes and has the "why us" moniker that you see so many do on social media.

Life is random and random things come with no invitation.

Something that is not random is today's beer, Portland's own Rogue brewery comes to the table. Is Rogue doing ok? According to the media Portland is full of riots? Or peaceful protests? Also there is a naked lady that is spreading her legs at the police? Is that true? And the police are standing down? But it's not the police, it's crazy rednecks with guns dressed as police? Also the "police" shot at the naked lady with tear gas and she ran away?

I really don't know what is going on. I could ask the same question but will get varied responses from the left or the right and the story will run to fit into whatever sides narrative.

So deep down, I hope Rogue is doing all right. Also to the innocent people in Portland. Hope you all are all fine as well. The protesters? I hope they are doing just fine as well along with the naked lady. I did hear rumours about her getting some kind of projectile launched at her and thought of her bare skin and shuddered. That would have sucked.

Finally after all that rambling we poured and an expected Redwood or more of a dark brown beer flowed into the glass. My troubles were forgotten just looking at this one sit on the Lonebiker photo ledge. It's one and a half fingered head made it even more enticing.

It smelled like hazelnut and caramel. We sipped and were rewarded with a deliciously tasting craft beer from Portland. Whoa! I just grew a trendy beard in the time it took me to type that last sentence. The beer was an obvious candidate to he high on hazelnut and it did not disappoint. Hazelnuts and some sort of caramel chocolate mixed with a slight gash of oatmeal. It has a nice finish with a slightly bitter but pleasant aftertaste.

This is a damn good craft beer. You will not want more than one as this is the type of European brown ale as it is a beer that drinks like a meal. Well at least the 650ml bottles at least. 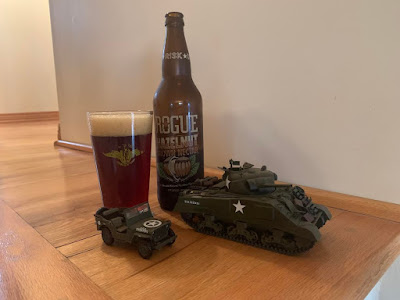