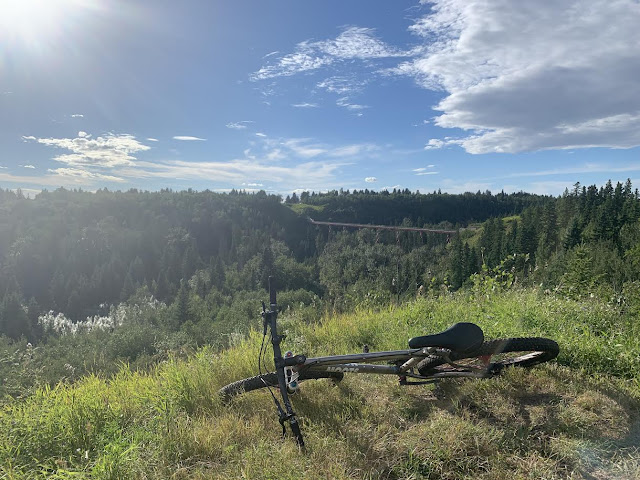 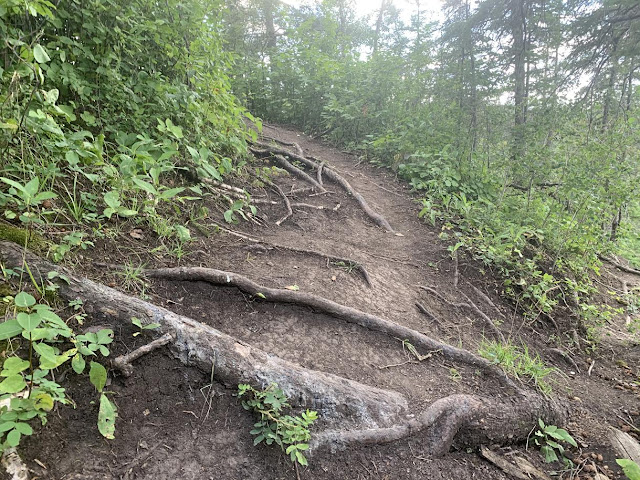 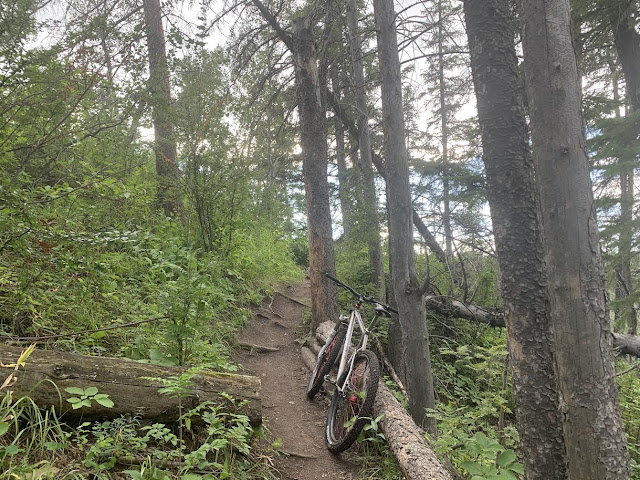 I woke up in the afternoon today, something I hate but is absolutely normal when coming off nights. It was that type of wake up that hurts. No, not a hang over. A symptom of oversleep so like a hang over. Thirst was bad as I was dehydrated coming off a weird night of waking up at 2 or 3 in the morning wide awake. I eventually fell asleep but that does warrant sleeping till one in the afternoon I guess. As I moped around the house today I knew that a bike ride was in order to help restore some sort of a normal feel.

I parked in the Strathcona High school back parking lot merely because I was sick of driving. It was a strange area where things felt very safe yet there was a slight riff raff feel to it in the air. That was perpetrated when a couple guys walked by looking quite sketchy.

I started riding and immedietly hit a protected bike lane that would take me to the End of the World area where I wanted to ride 7 UP? Hold on... Yes 7Up Hitup. A super fun little descent for all you out there. I did wuss out after the first drop when I approached the second one. I stopped and had a pep talk with myself and rode it  with no issue.

I climbed up and into Farmers Daughter territory where I was reminded why bikes are simply the greatest things in the world. A short but euphoric moment which easily made the night epic, but only for a brief moment.

I rode back on the streets and dodged douchebags in Mercedes SUV's  and Dodge Rams as those twats did not see why I should be on the road with them. I was in no way hogging any part of the road as I was way over hugging the curb. the Dodge driver was just a dumb hick. The Mercedes was just one hundred percent pure douche. Through and through. Why do douchebags get to have nice things?

Anyways. Edmonton can really suck at times kids. Be careful out there. Lots of hate towards the bike community still. 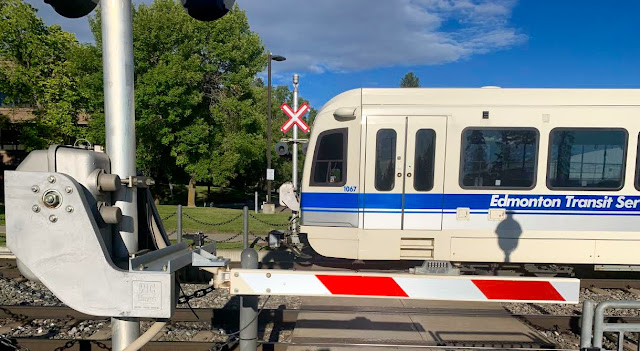 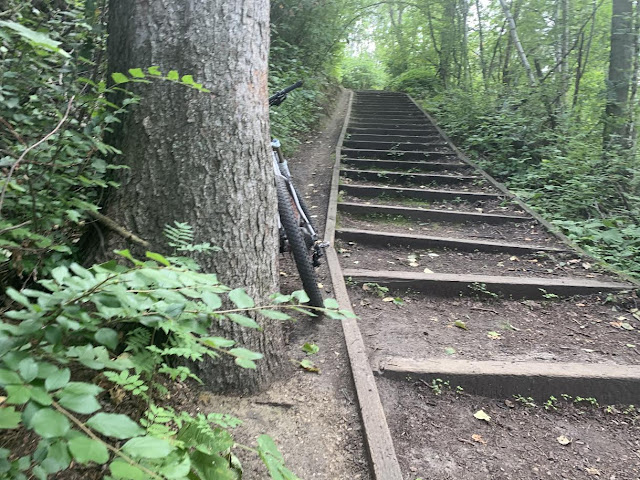 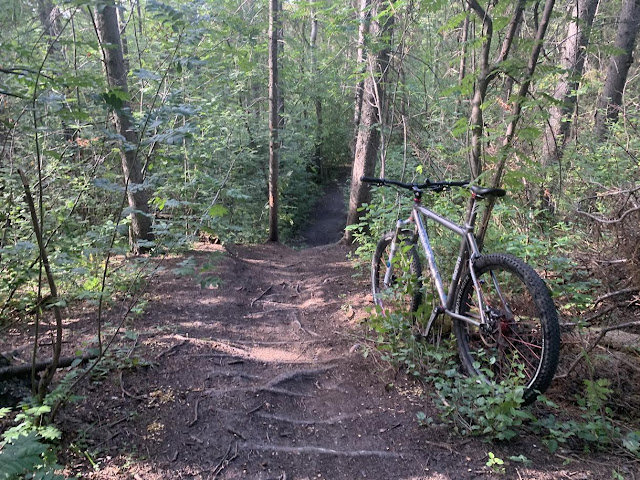 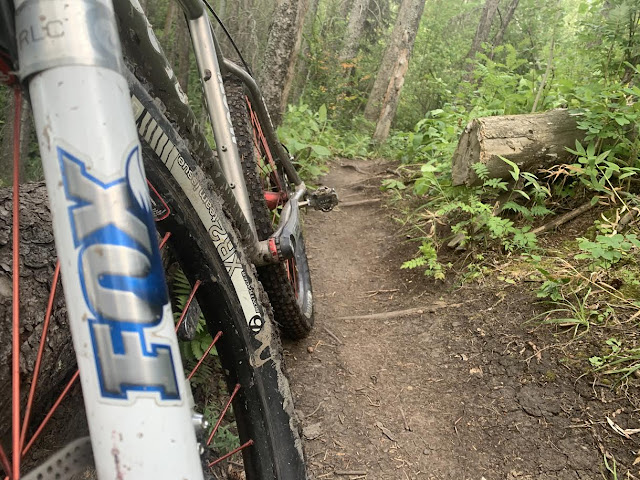