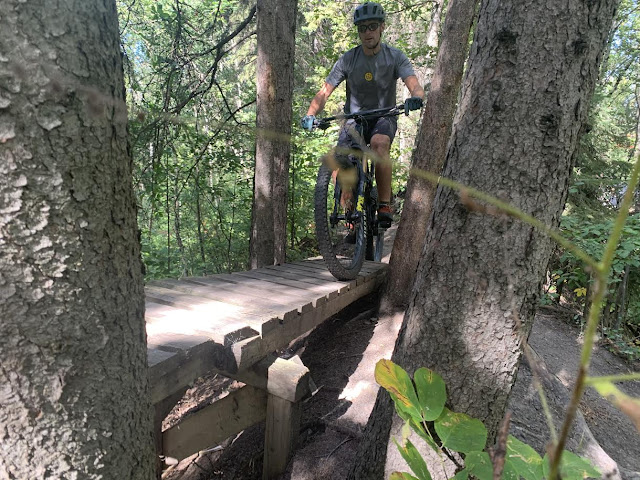 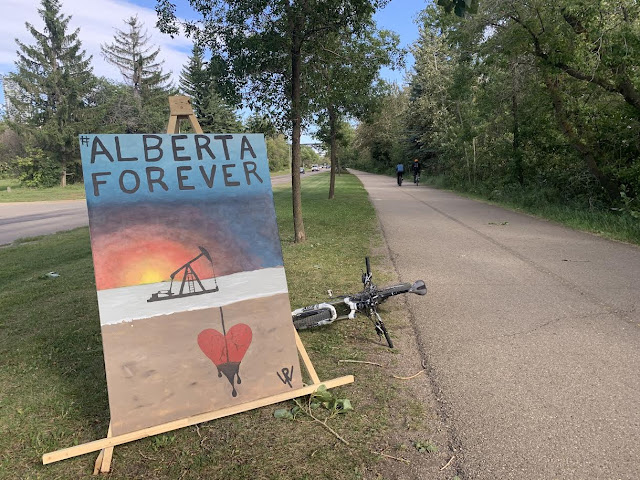 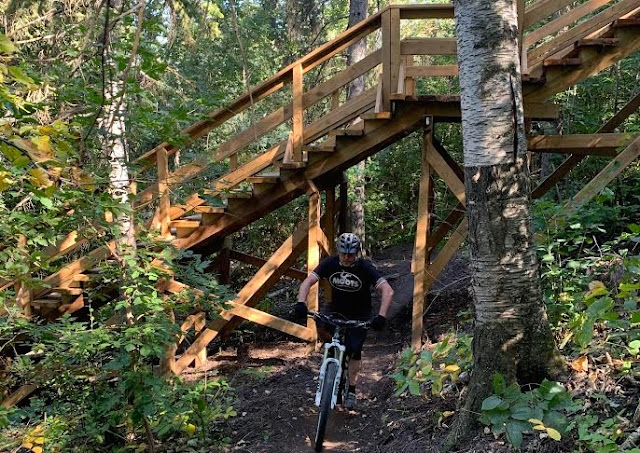 A meet up with Mr Steeves for a roll through the fine river valley to ride bikes, talk life problems and try to figure out why it seems a good majority of people are fucked in the head.

Is this because everyone is addicted to Vicodin now? I heard that was a thing. Well shit... I heard this listening to a Joe Rogan podcast whilst doing dead lifts in the basement cause there is no other way to listen to a Joe Rogan podcast than doing dead lifts, you hear me fool?  So is it really true? Isn't that guy higher than shit most of the time he does his podcasts? Didn't he get Elon Musk to smoke pot on a podcast and his company stocks went down?

Life is so weird.

Thankfully me and Kent ride mountain bikes and we are no weirdos...
.
.
.
.
.
.
Why is it so weird and quiet in here? Like all the interns just suddenly felt.

It was the Mill Creek pool upper parking lot that took us from the central Mill Creek trail system to a ride up Blue Man Group where we went East. Dirty Mattress was ridden down and the shorter version of West Coast took us down (Nellie Mclung access or Reckless Abandon maybe?) Pretty sure it's Reckless abandon given the trail has it's sketchy moments.

The highlight of the day was riding Silver Fox for the first time. A message from a fine chap on Instagram let me know about it and then seeing the talk on the Facebook forums definitely had me intrigued. Kent had did a small amount of work on the trail as they were refurbishing an old trail. Sadly he had too many commitments to give a steady force of labour into it which I could tell bugged him which is why he is a solid guy. Not a lot of people left that are like this anymore.

Silver Fox connects E.M.P Blast to RayGun/Six Shooter instead of riding through that dumb park. We rode it from the E.M.P side which featured a lot of climbing. The trail is really well done as a series of long switchbacks start it out and the climb is not to terrible. With a decent grade we made it up and the route took us through the forest,  the trail runs through an abandoned homeless camp so a heads up. It looked like nobody was around but be aware if you are in the area.

As we sat at the RayGun entrance after finishing Silver Fox or the first time we both were quite impressed at the trail A serious kudos to the people behind this. The work put into this was quite impressive. Riding this up was a lot of fun and could only assume coming down would be a blast. Something we should have kept in the ride itinerary but I was quite gassed near the end.

Machete took us down and Laurier took us to the boardwalk where we had planned in taking the nice easy climb out but it was decided that Jason would be upset with us so we rode the harder river side climb out all in a salute to Jason.

BackBreaker took us down to paved bullshit in Makinnon and we rode out back to the pool lot on pavement. Yes I was spent.

In the end, great ride with some top notch company.