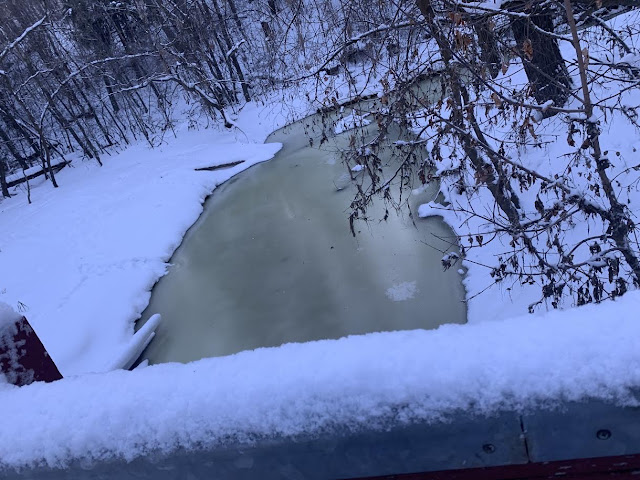 With another failed ride attempt yesterday on the Winter Warrior with a chain snapping near the beginning of a ride and nothing to repair it to keep going I had a look at my stable and remembered the only bike running right now is the Altitude.

The shit bike was first choice. No chain.

The Moots was second. Rear tire flat and off the rim so the tubeless needed to be reseated. No Stand and no rapid and quick air fill as I had no cartridges.

With all three bikes out I grabbed the Rocky Mountain. I wanted no part in trying to repair anything as it is my last day off and well kids.... I really wanted to go for a bike ride so the Altitude got to break it's Winter cherry in Mill Creek for a quick but terrific ride.

Heavy crowds greeted me in the beginning and I was heavily annoyed. Another terrible thing about Covid is the crowds that now appear in the river valley. It is a guarantee they are all noobs to the outdoors so the reaction they have when I approach is usually quite troubling, especially in the Winter because in classic Dumb-fuck Alberta folklore most are shocked to see someone riding a bike in the Winter and stare and will get in the way and try to say something (usually quite stupid.) And if you are riding a fat bike... Whoa boy... Don't get me started.

Despite the crowds things were stellar.

The snow was fine for the skinny tires and I had no issues even in a bit heavier untouched snow I rode the length of Mill Creek paved avoiding the trails as I did not want to put skinny ruts in them. I guess I could have run a quick experiment but I was happy to just be out in the valley.

I exited Mill Creek and rode up the Forest Heights paved climb and looped back around the Catholic Seminary and took the paved trails back to Mill Creek after the traffic circle and passing the flag, sign, political, psycho house (he looks like fun.) I soon found my way into the ravine after fighting the snow on the roads wishing I had my fat bike again.

I made it back, happy to have gotten out on another lame set off of riding. 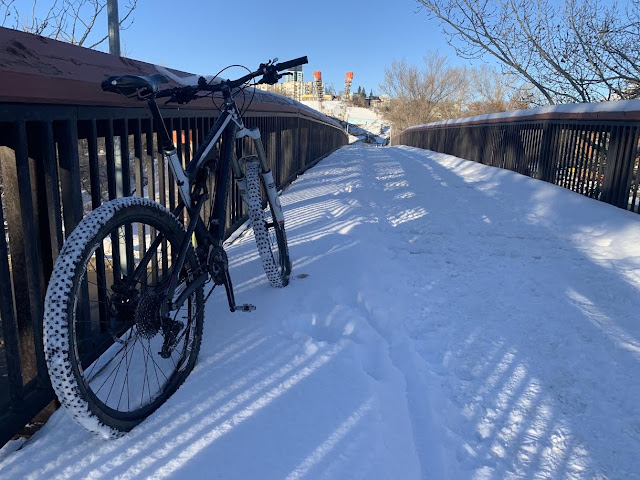 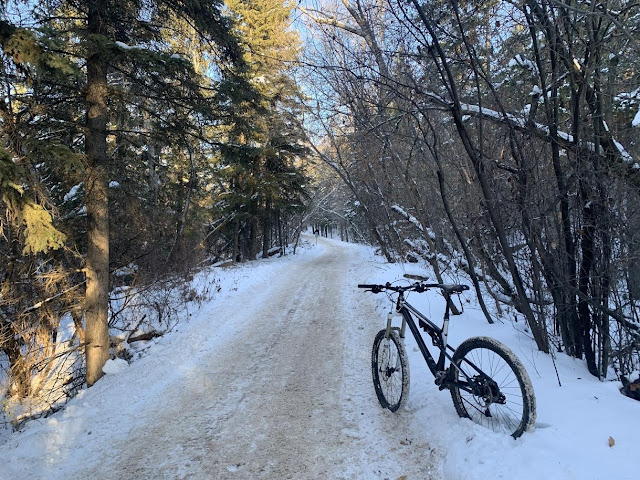 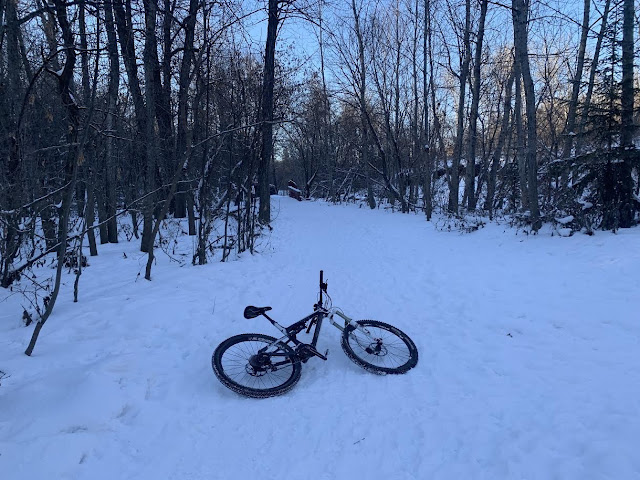 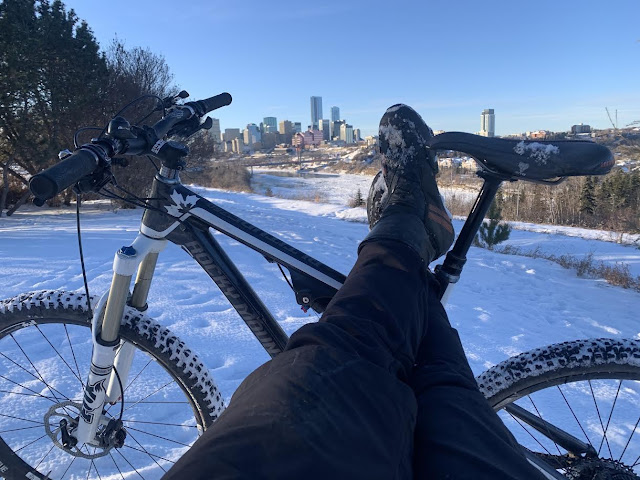