3 Things I Hated About this Ride 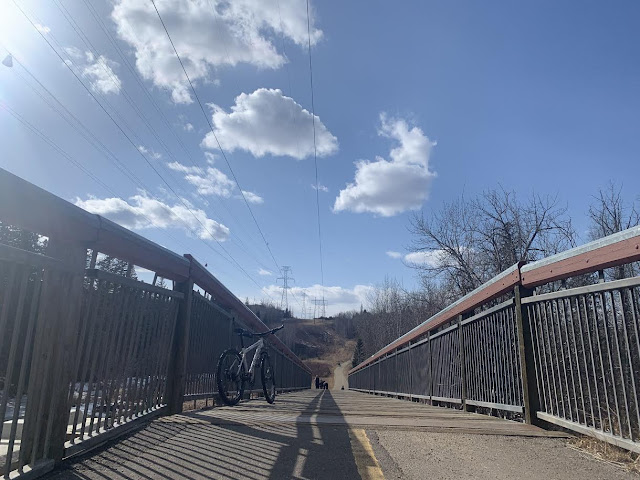 This one sucked, so I made a list of it's worst attributes.

* Location. The used shopping cart district has been a fine starting point in the past. I mean a long time ago. A looooong time ago. This area has had it's share of duds with today being the king of the mountain. This area is probably best when worked into a ride, using it as a starting location is a bad idea. Long stretches of straight paved with an obscene climb which is met with more paved straight-aways is not a fun way to start a ride. Especially when the weather and bike you are riding are crap. See the below list? A crap trifecta.

*Weather. Yes I am known for being one who gets annoyed for people bitching about the weather but today was another cold and windy day. Not nearly as bad as yesterday which instigated lots of "hero" posts on social media to help compensate for small male genitalia but it was still cold and windy which on those straight aways on an annoying bike. Whoa boy!

*Bike. Lot's of bitching about the shit bike lately and for good reason. It is 100% my fault so before you judge there Judgy McFuckface it is well known I don't take care of this bike and sadly don't care about it's soul but it has no soul as it is a Specialized. The drive train is in horrid condition making the horrid climb out of the west side an absolute disaster as it skipped pretty much the whole way up. This will be the last ride until it is fixed, scrapped or sold. I did take a chance riding it today and had a feeling this could happen.

So pretty much everything. I Forgot my GPS at home again as well. The first big piss off. A Garmin Edge 500 was donated in a trade for some beers, it is in the same spot at my computer as my old one was so it never gets picked up.

I did have a bunch more on here that was edited. Yes, I am in a mood. The stuff I left makes me come off as old and grumpy. Well a bit more older and grumpy. I did go full blown boomer on the deleted stuff which sadly had lots of funny racist stuff about white people. Oh well... 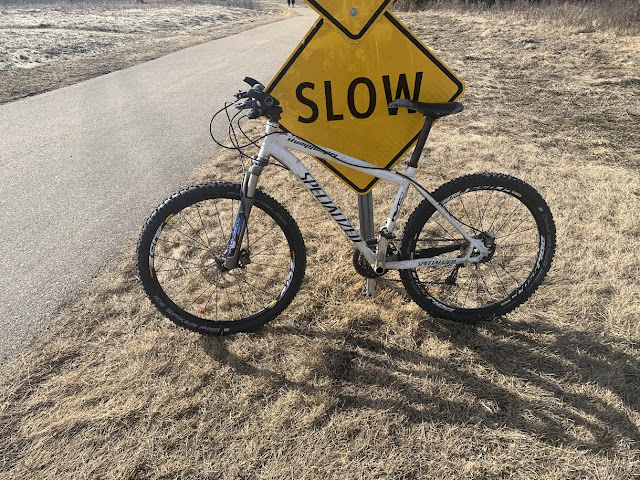