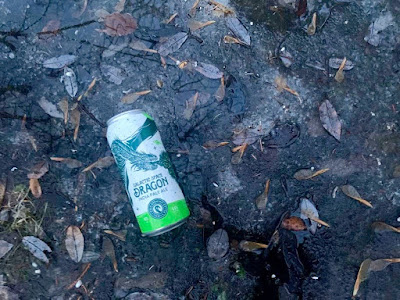 Terribly sorry for the lack of content on here in the last week, it was a hectic hitch at work and I didn't feel like firing the Lonebiker laptop on in the mornings once I was home. Yes it would have been some dumb music video most likely but there are rare times when I work on something during days off which gets posted when back at work.

Which does give me the idea... Maybe we should start doing that?

Another beer review? Bad idea.. 2 a month is just fine.

Coffee reviews? Hmmm... I did flirt with the idea years ago although coffee can be boring. Sorry, not sorry.

Product reviews? A hell of a good idea. Maybe we can bring back the Bike Lust posts that came out when the blog started although 99.5% of new bikes sold today do nothing for me. I know... weird right?

This rambling does come from being in a perpetual state of over board grogginess which paired well with an extreme state of self loathing all thanks to another week of nights down the hatch.

We are doing a beer review here so lets have a look at Odin brewing. They are located in Washington state with locations in Tacoma and Tukwila which are oddly strange names that pair well together. Was this a sign of their IPA we are about to partake from?

The Galactic Space Dragon is their flagship beer or at least that is what I could summon with a quick internet search, we poured in the tasting center and were welcomed with a dirty golden beer with a thick but short head. This froth means business and is holding its own after being out for a while, that tells me this is going to be a damn good IPA.

Well, were my presumptions correct? The first sip was quite delicious. Heavy and dark fruits and malt seem to adorn your senses and it finishes with a very light IPA pop. Did you hear that? You actually get an IPA pop at the end but it is very slight. By very slight it is hardly noticeable, although it is there somehow. They seemed to do a real good job of hiding it. As I mentioned, darker fruits with a hint of toffee. Oh wait... I said malt. Well.. You'll figure it out. We are not doing pro beer reviews you know.. You want to read pro you go over to the guys at the untapped app.

This one is very easy to drink for an IPA. A new trend with breweries now days? Still, it's delicious. 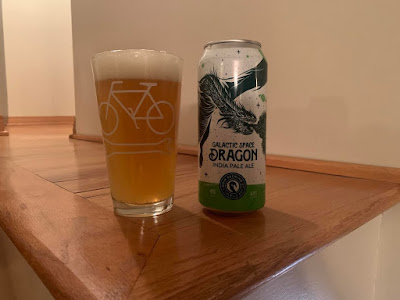