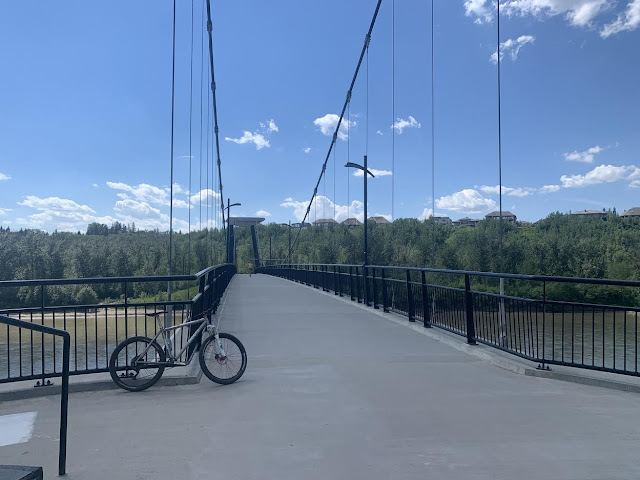 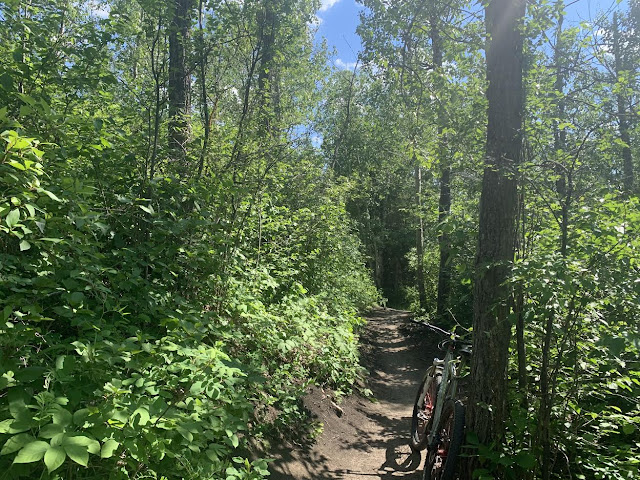 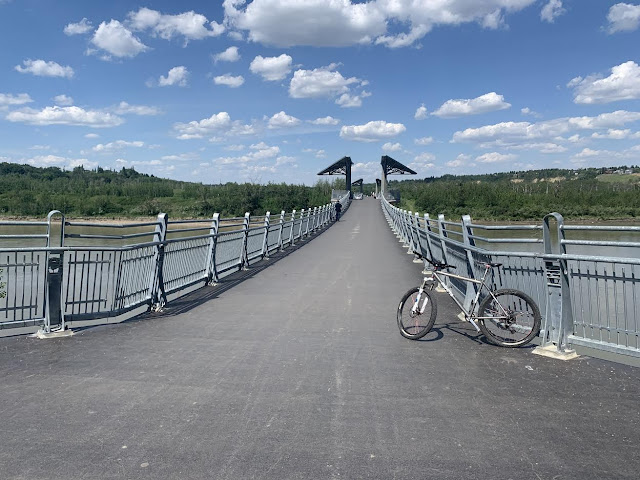 A short ride that would have been the only one of the set which was supposed to be anti climatic and boring turned into me cancelling important plans so I can ride my bike again.

It was great kids.

A short seventeen or eleven kilometer  ride today in Terwillegar park. Yes to those few I have on Strava I never look at the app so apologies at the lack of kudos given out and again apologies if your phone notifications wake you up as I am usually doing my monthly or bi-monthly Strava viewing on night shift.

The ride started close to Staff College and I took the backside singletrack in. I thought I would bonk quickly and shake my head and leave right away but it never happened and every pedal stroke felt like it was an opening to a new world.

Oliskew took me on the outside where the beach lurkers roamed but oddly I didn't see one...

The weather today was out of this world so I assumed the valley would be buzzing with muffballs yet hardly any souls were seen the whole ride.

I returned on the Flat Pete's and the lame Logarythmic (save it for Winter(get off my lawn!)) and rode up the outside climb back into the hills close to the river. Now what's that trail called? Terwillegar-1 is the best I could find and it was decided to ride up there as it was the easiest in the area.

It wasn't easy. But you know what?

I made it kids.